(Just so you know, I’m not going to review every Top Gear episode, but I had strong enough opinions of this episode to warrant a My Thoughts blog.) 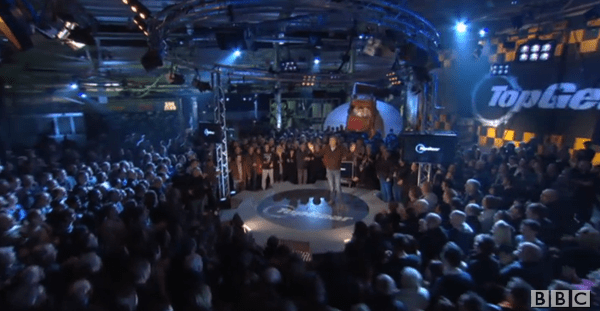 The first episode of this new, eighteenth series of Top Gear was to be, for many once-loyal fans (myself included), a make-or-break episode. Cock it up, and we’d lose interest and leave it to suffer a plunge in ratings.

The producers (to whom the TG brand is worth millions) and presenters knew this very real threat. Though part of a joke, Jeremy Clarkson made no secret of the controversy that’s followed the disastrous Christmas India special, opening the show in simple terms: “Now, even though this programme has taken a terrible battering in the newspapers in recent weeks, we have made every effort we possibly can to make sure this series is unaffected.”

Indeed, the preview tape looked similar to those of the old series, with beautiful photography, great co-presenter chemistry, and a wide range of upcoming films included. But as the first episode progressed, it became obvious that it was not all ‘same old same old’. In addition to the addition of a plinth in the studio for the Hammerhead-i Eagle Thrust from Series 14, there were far greater changes in programme feel.

In recent series (and most noticeably in that Christmas 2011 episode), the style of the main films has felt hideously patronising, where it seemed we were meant to fall for the blatantly-staged, unfunny ‘accidents’ (many of which, like the crude ‘Eat English Muff‘ and ‘Sh IT For Your Company‘ train stunts, were merely repeats of virtually identical stunts from previous series). 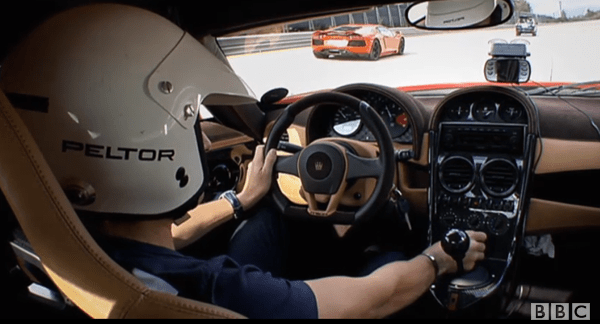 But this one was different: there were seemingly genuine problems with Hammond’s car, and when the Italian AA turned up and failed to make any effort to communicate with the presenter, there was real comedy. Actually, I thought the entire Italy trip was well-presented, especially when the presenters were seen trying to reach their respective supercars’ top-speeds. There was a true sense of art to the way it was shown. I read somewhere once that when he commissioned the ill-fated Hammond Vampire film, Andy Wilman was trying to create a feeling of speed for the audience. Whether he was going for the same in this film, I could certainly share in the emotion, fear, and excitement felt by the driving presenters, despite having never driven a car (at any speed) in my life. 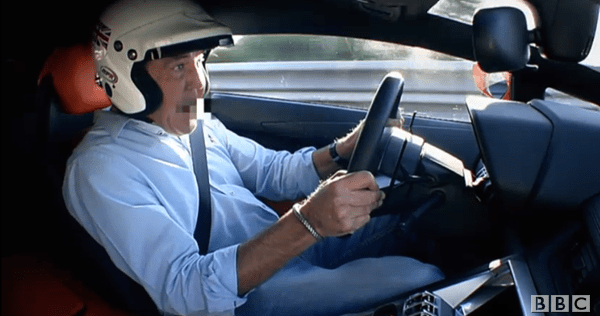 Will.i.am, this week’s Star In A Reasonably Priced Car, was, as Jeremy said, “one of the most inspiring people who’s ever sat on that sofa”, as he discussed how – after successfully buying his entire family out of the “ghetto” where they lived – he’s working to improve the area and prospects for the people who still live there. 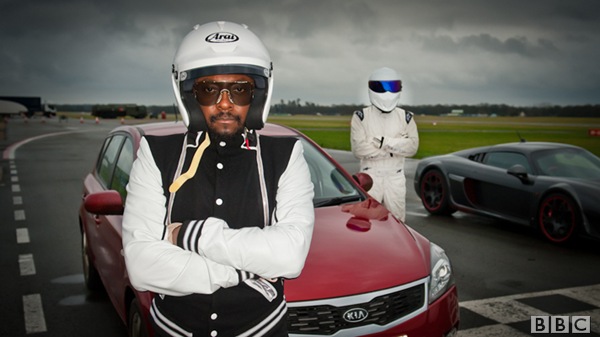 The boisterous attitudes of the three are still there (they were describing the speed challenge as ‘a test of the biggest testes’). And that staple of the ‘brotherhood’ was still in there: the two other presenters leaving their mate to fix his broken car alone. But it was a very entertaining episode, that many are praising on the post-show discussion on Top Gear‘s own blog (quite the opposite of the post-India show blog), and I just hope that this more restrained, more original approach is maintained throughout the series. For the first time in a long while, I can’t wait until the next episode next Sunday!