The church’s ‘Light Party‘ (the brainchild of new vicar Sally Lynch) at the end of October postponed the usual Bonfire Night firework party to this evening, New Year’s Day. 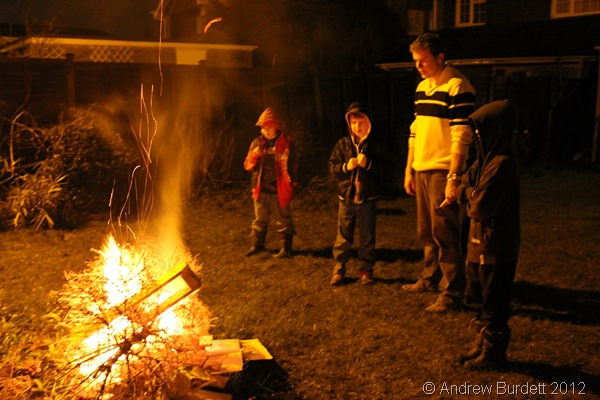 As ever, Eileen and Peter Goford offered the use of their house and garden for the event, which is targeted at the members of the Youth Church. Despite little recent publicity, there were a good number of people there, and everyone brought either food, fireworks, or both. 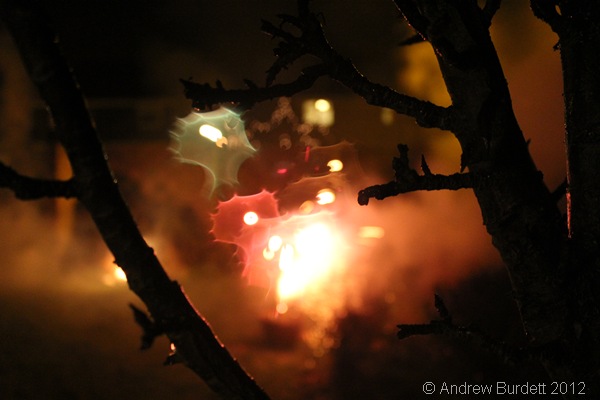 Sadly, there was a fairly constant (even if quite light) supply of rain, but many of the children (and the less-hardy adults) preferred to sit on the bench by the living room window anyway – sheltered from the wet, cold, and noise! 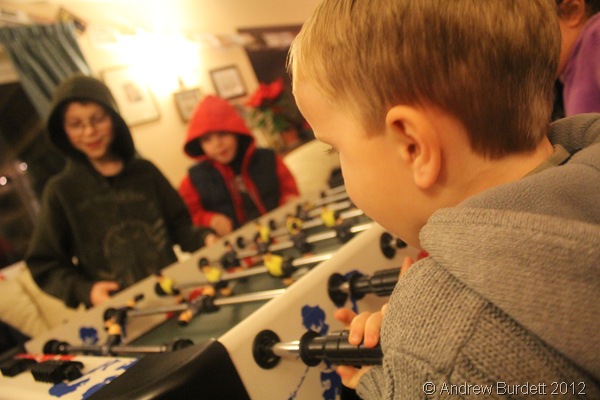 Eileen’s table football game proved more popular than ever, with the majority of the younger attendees having at least one match, while their parents sipped hot tea and chatted with each other about what they’d all been up to over the festive period. 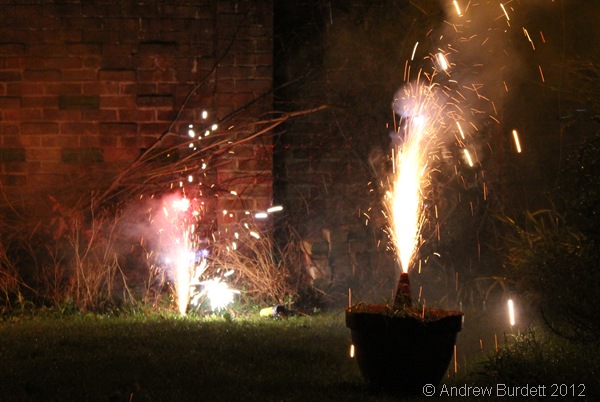 After refuelling with the vast amount of party food brought along by attendees to share, we returned to our places for the second part of the firework display. 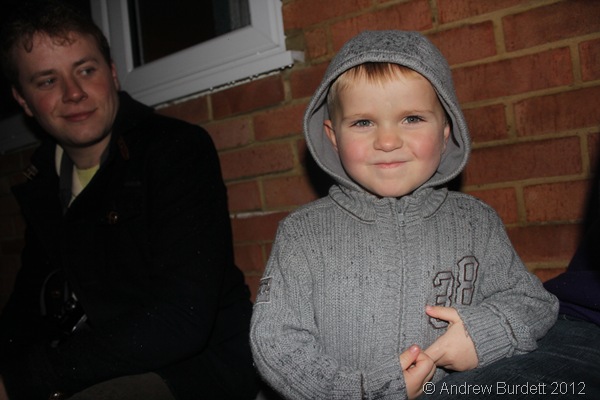 As ever, the evening concluded with the dispersion of sparklers, and everyone had a go at drawing some kind of shape in the air. 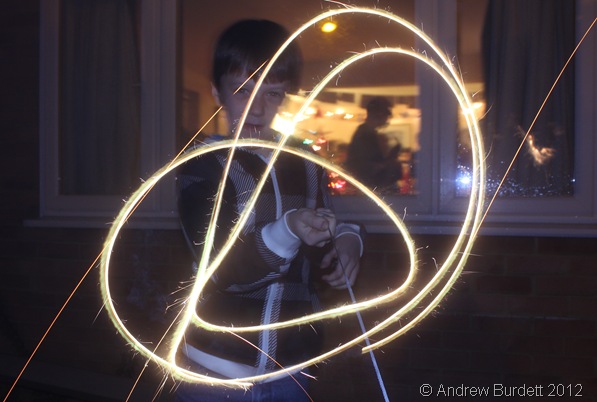 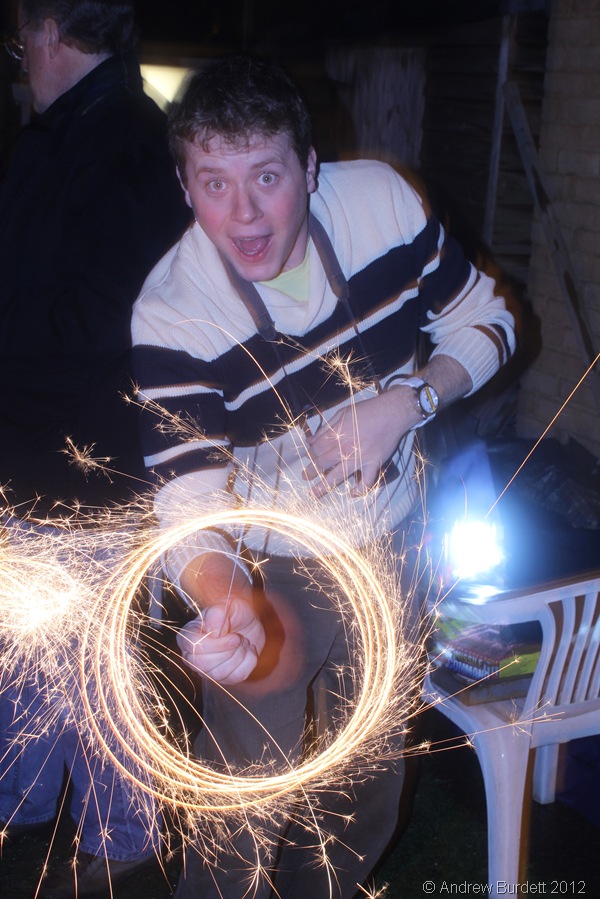