On Boxing Day morning, it’s a great tradition in our family to drag ourselves out of bed (despite everything our bodies are telling us) and slap on a pair of walking boots, to join other church congregation members on the annual Boxing Day ramble. 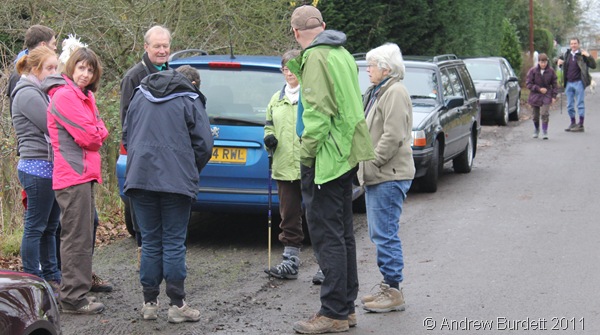 We met at Southbury Lane in Ruscombe, just outside the St James’ churchyard. Interestingly, the church dates back to the late 12th Century, making it a few hundred years older than parts of Holy Trinity, Cookham, but the same age as the Lady Chapel at that church.

There were, as ever for this walk, a good number of us, and the usual blend of Christmas-themed chat warmed the air. It’s always nice to hear of the different ways different people celebrate Christmas as soon as they’ve left church in the morning.

It was only my second ‘day out’ with my new camera, having used it all day yesterday for photographing our own Christmas celebrations. That said, I was still getting to grips with its interface, so it took me a while to work out how to alter the white balance settings, due to the major differences between it and the last camera I used.

As one would expect of rural Berkshire, we saw a large amount of wildlife (most notably several flocks of birds) in addition to farm animals such as horses and cows. 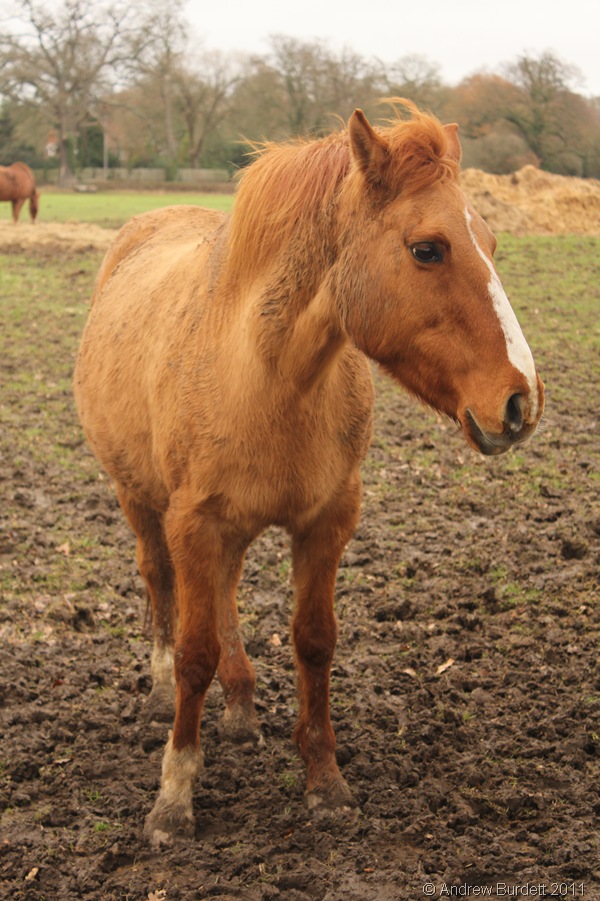 The walk lasted roughly two hours, and concluded with the usual shepherd’s pie lunch at Roger Clarke’s (the walk’s leader) house. Long may this tremendous tradition continue – an opportunity to have a breath of fresh air, for extra familial conversation, and a chance to burn off some of the vast number of calories put on during Christmas binge-eating.