Every year, a team of volunteers descend on St Luke’s Parish Centre to assist with the production of the 250 Christingles needed for the annual Christmas Eve service. This year was no exception, and the usual factory line was in full operation by the time we arrived just after 3:00pm. 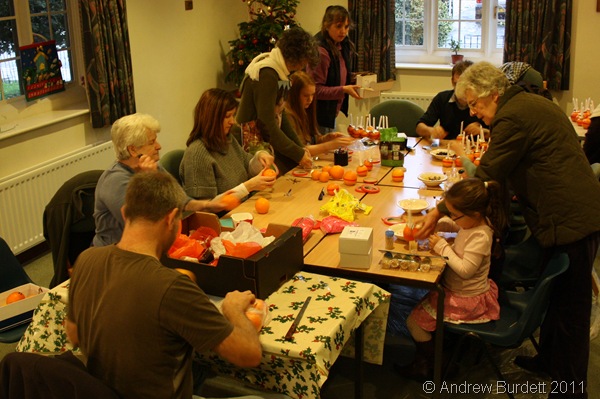 The first step in making a Christingle is to cut the bottom of the orange (which represents Earth) off, so that it can stand up for the next 24 hours. Then, a hole is made in the top where a candle is fitted (representing the light of the world), a red band is wrapped around the orange (representing the blood of Christ), and finally, sweets and raisins added on four cocktail sticks (representing the fruits of the four seasons). 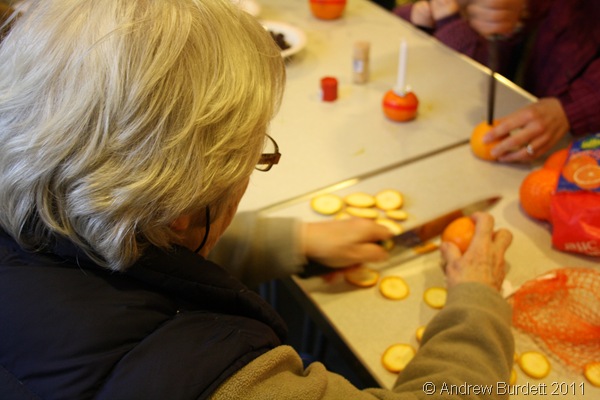 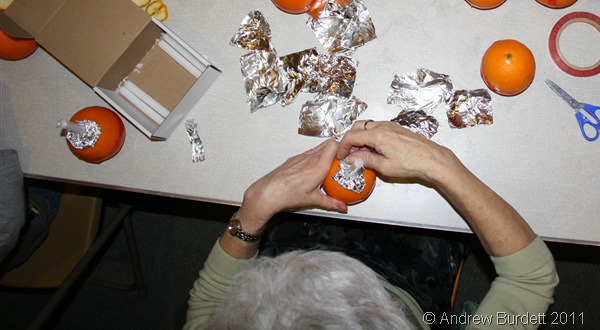 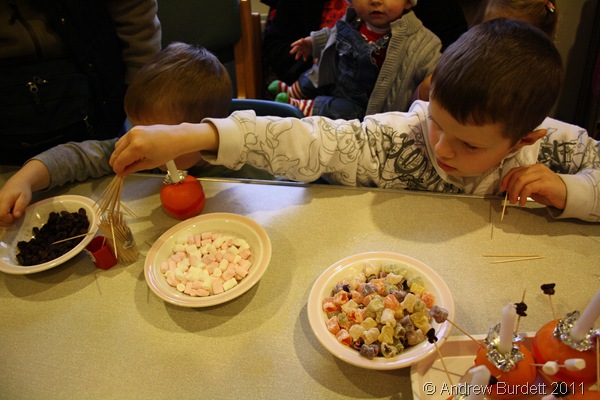 However, despite initially making a good start, it soon became obvious that there were nowhere like enough oranges to make the 250 Christingles needed. Worse still, we’d heard reports that Sainsbury’s had very few left in store, so instead three of us drove to the town’s market to buy what stock they had. Fortunately, they were able to assist and, given it was so late in the day with Christmas so close, the trader gave us a fair price. Whilst in town, I received a call from those back at church, who’d realised that they were also running low on sweets and aluminium foil. 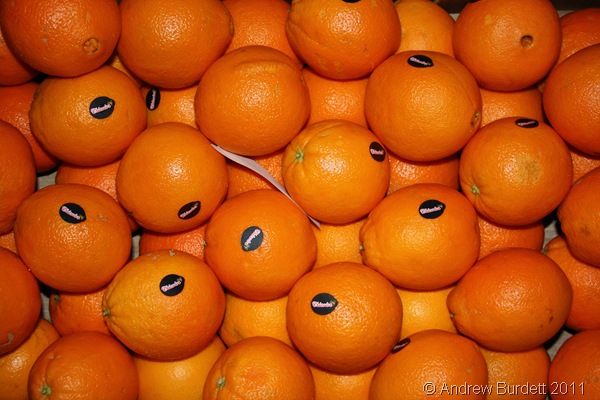 Feeling like contestants on The Apprentice, we jumped back in the car and returned to St Luke’s. The team had just finished a coffee break, so were fully refreshed and ready to power up the factory line again. 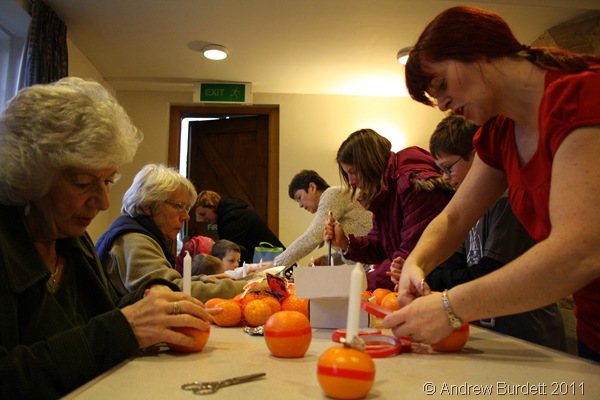 Finally, at around 4:30pm, work finished as the last Christingle was completed. Our efforts were rewarded with Revd Sally‘s Christmas drop-in drop-out party over at the Vicarage, providing jolliness as we excitedly started looked forward to the ever-nearing Christmas Day.

The Christingle services will be held at 4:00pm and 5:00pm on Saturday, 24 December 2011 at St Luke’s Church, Maidenhead. Find more details on the church’s website at www.stlukeschurchmaidenhead.org.uk