With just a week to go until Christmas Eve, I headed to London with my good friend Zac Brooke to marvel at the sights and enjoy the Christmas lights. 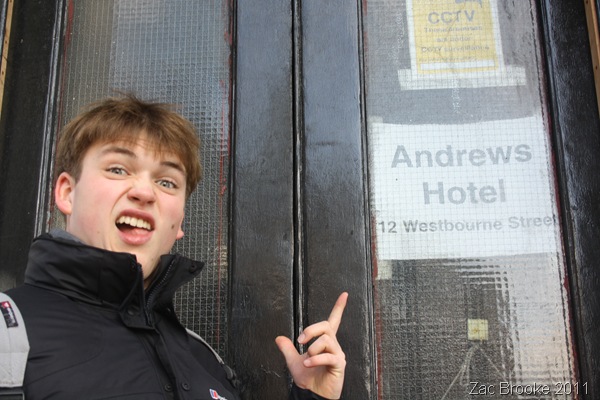 We got off the train at Paddington and walked through Hyde Park, eventually ending up at its annual Winter Wonderland and traditional German Christmas Market. It’s not the first time I’ve been, so I knew what to expect, but (unlike the brilliant Mary Portas) I still don’t like it. Like two old codgers, Zac and I cursed the commercialisation of the ancient Christian festival and moved on. 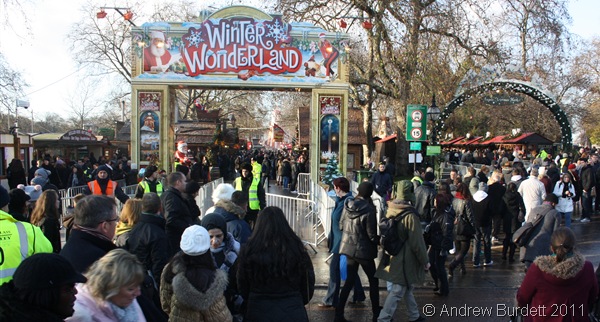 Bringing back fond memories of the Royal Wedding day, we strolled past Buckingham Palace and its tremendous Christmas tree, down the Mall, and under Admiralty Arch.

We soon found ourselves at Trafalgar Square where Zac took a photo of me, before jumping on the Tube and heading for the impressive Lego Christmas tree at King’s Cross St Pancras. I’d seen a picture of it in a newspaper and decided to take a shot of it myself. It was, however, difficult to get a sense of scale in whilst retaining the Lego brick detail. 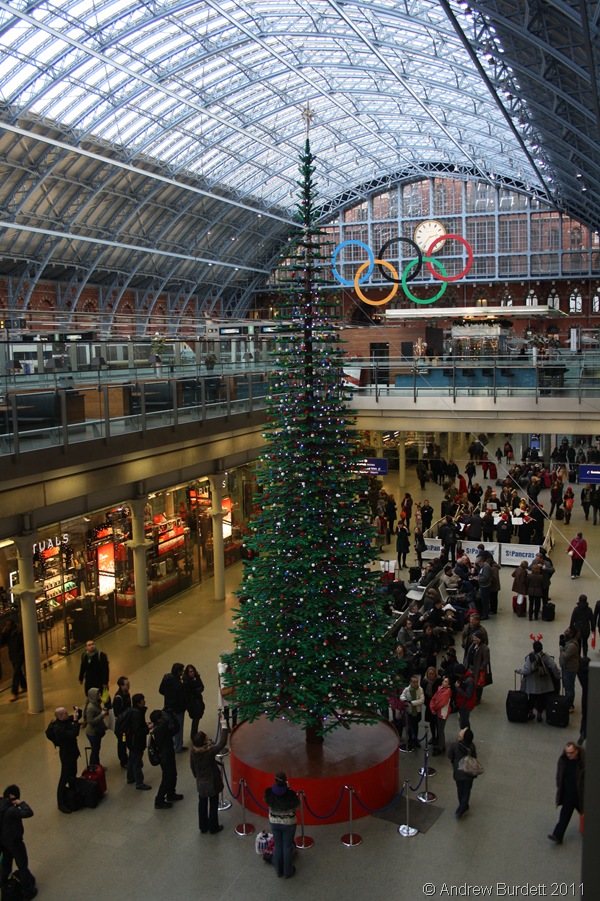 We continued our day by travelling to Covent Garden, again by the Underground, where we had lunch at Bella Italia. After settling the bill, we admired the giant Christmas tree in the main area, which was far better decorated than the Norwegians’ one in Trafalgar Square and was complete with reindeer and a sleigh for visitors. It’d been a long time since I last visited the London Transport Museum, and given admission for under-16s was free-of-charge, both Zac and I decided to spend half an hour there. I was under the impression that there was a prototype for the new bus for London housed there, but it seemed I was wrong: instead, though, we found a dummy car for the Emirates Air-Line opening in summer 2012. Our quest for Christmas related things, though, had been put to one side, but as it was darkening we decided that there was nowhere better than the Oxford Street lights. As ever, they were beautiful, and for us – having only broken up from school yesterday – were one of the final steps in the countdown to Christmas, and a reminder that Christmas is now just one week away. 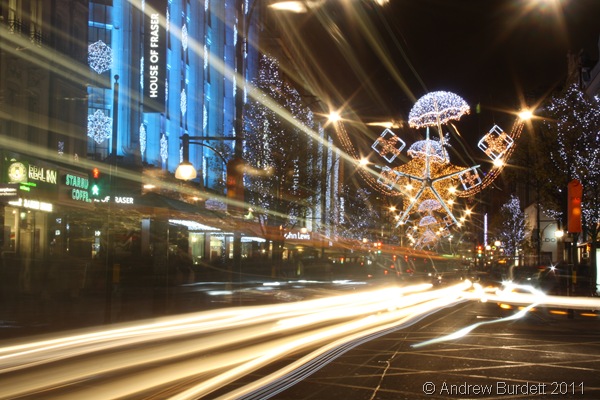 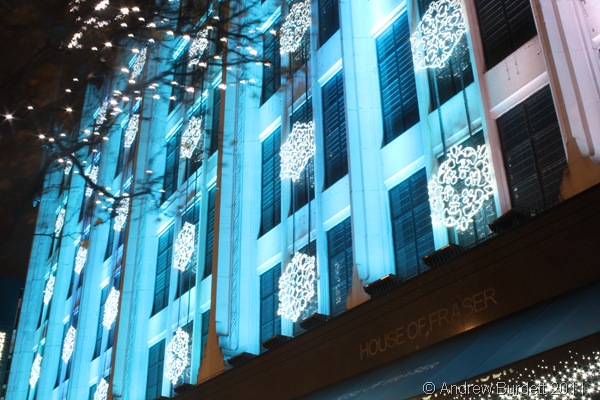 With Christmas now just one week away, watch the last in my series of festive ‘Countdown to Christmas’ videos.