This weekend saw 32 church groups, local organisations, and businesses sponsor and decorate 32 Christmas trees at St Luke’s, in celebration of Christmas. The decorations that adorned each tree were unique, with the faces of the young people of St Luke’s on the Youth Church‘s one, and various landmarks in Maidenhead on the Civic Society‘s.

Initially, the plan had been that visitors would vote for their favourite by placing money in the pot in front of each and the most popular tree would have all of the money donated to its sponsor’s designated charity. It was, however, deemed much fairer for the money donated to each tree to go to each tree’s nominated charity, and the most popular tree’s ‘takings’ to be doubled and then given to its chosen charity. Although difficult to describe in less than 75 words, the system worked and Studio 108 had its £39 matched to give £78 to local organisation organisation Street Angels Maidenhead. 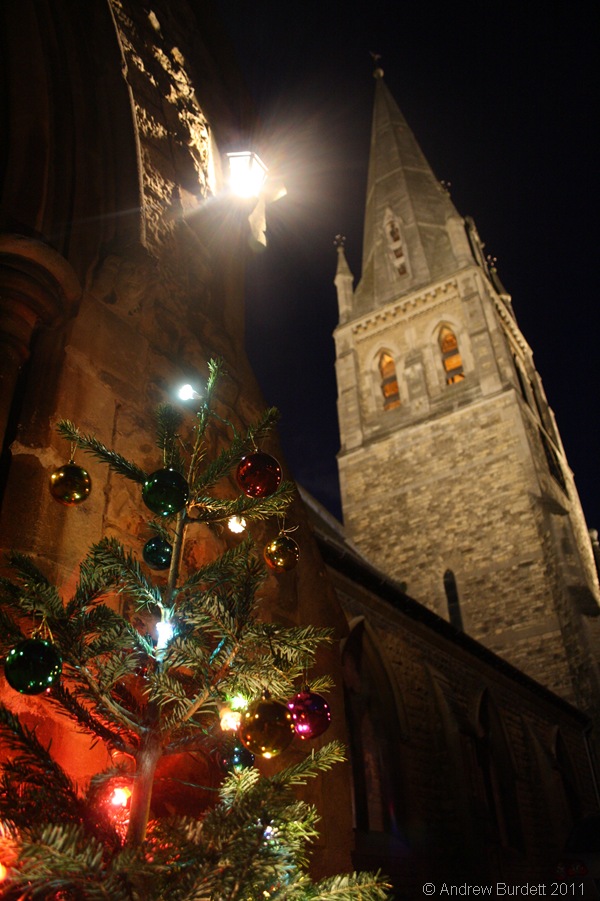 The trees were put up on Friday, after which a ‘preview event’ was held for invited guests. For the rest of the weekend, the church was open for all to come and visit, and marvel at the beauty of what Revd Sally Lynch described as "a little bit like Narnia". One of the trees, situated in the chapel, invited those who so wished to write a short prayer and place it on it. In front of the 2002 quilted hanging and a figure of Mary, this was perhaps the most holy part of the building. 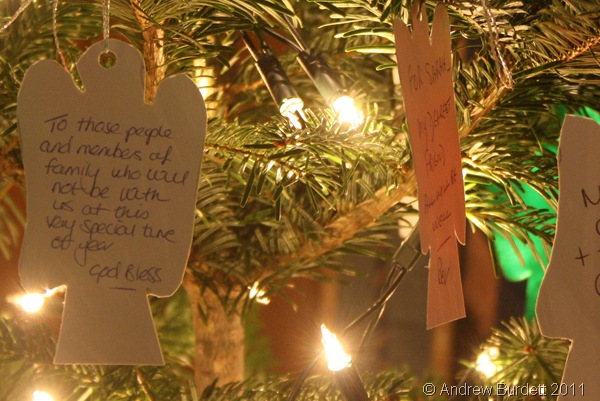 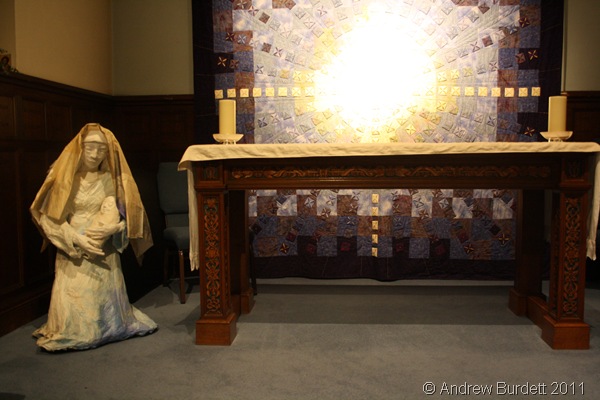 One of the people who attended was Maidenhead MP and United Kingdom Home Secretary Theresa May. She and her husband were shown around by Sally, and seemed to be interested by the many contributors of trees. 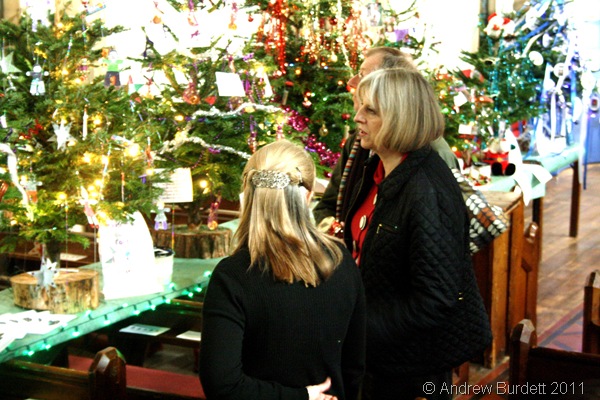 A select choir from St Luke’s School entertained visitors by performing a number of popular Christmas carols and songs on Saturday morning. Later in the festival, Ann Darracott spoke of the origins of frankincense and myrrh (two key gifts given to the infant Jesus, which few today know anything about), and Voices Anon (who’d also sponsored a tree) sang for the attendees in the building at the time. 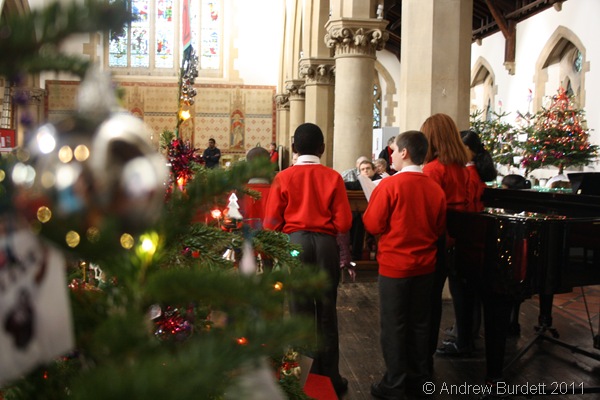 Despite my initial doubts about how successful the Christmas Tree Festival would be, I was pleasantly surprised to see a good number of people in the building at all times. There’s already, unsurprisingly, plans to repeat the event next year – though I am concerned that a much smaller number of organisations will sponsor again – but overall, it was lovely to see the Christmas spirit in St Luke’s this weekend, as Christmas nears ever closer. 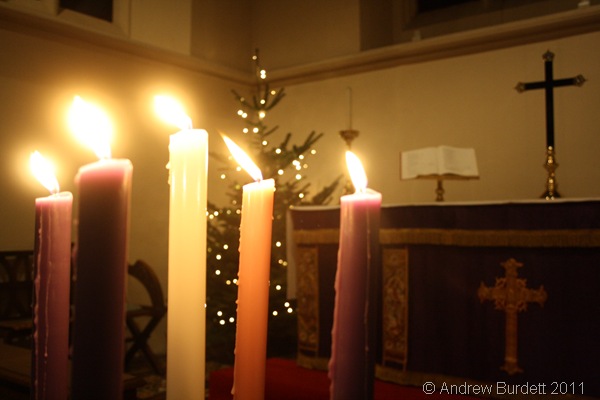 You can watch my ‘Countdown to Christmas’ themed video here or below, or watch a longer video of the festival at the StLukesMaid YouTube page.