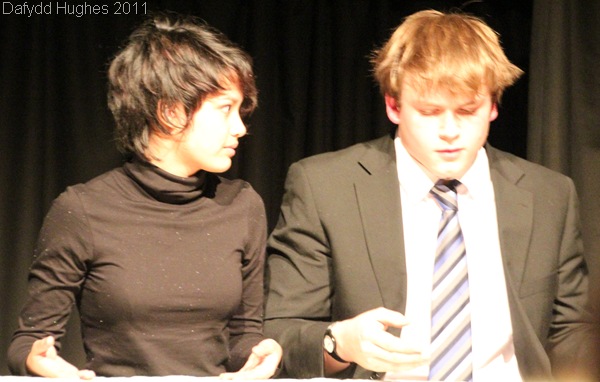 It’s a common myth that GCSE Drama is a ‘doss-subject’, with little real work involved. In my first years at Furze Platt, I was of that opinion too, and whilst I enjoyed partaking in the art form in extra-curricular activities, I wasn’t convinced that it was a subject I wanted to take as one of my four GCSE options, alongside German, Music, and History. It was only because Mrs Bradley (then Miss Baldwin) was sat at the exit of the Year 9 Options Evening school hall event that made me finally commit to continuing it in lesson-time. But boy, how wrong I was about it being a soft option.

Drama, uniquely, is a subject which requires a huge amount of often unseen effort from all members of a group, with hours spent in breaktimes, lunchtimes, and after school (in fact, my group, like many others, decided not to waste the strike day and instead held a rehearsal all afternoon). The groups we were put into were chosen by our teacher, and all groups were given the same stimulus of ‘riots’. This, for me, was a dream – on seeing the work of last year’s cohort, performed around the time of the violent student fees protest, I’d immediately had an idea based on different perspectives of the story. My idea featured a journalist, desperate for a story and a byline, searching London for a winning article.

And so work began in September on our piece, by which point the summer riots had drawn everybody’s attention. With a variety of characters included, from a police officer’s wife nervously awaiting her husband’s arrival to Amy Weston (the photographer who captured the defining image of the terror of the burning blazes), I was sure that our piece would be edgy, interesting, and thought-provoking.

But with October half-term fast approaching, we’d barely made any progress on our play, and my idea of monologues by each character (enabling each actor to show off their skills on their own) was realised to be too static and therefore boring. A rethink was needed, and it was Robyn who came up with the idea of a ‘Middle Place’, where one goes to be sorted before entering Heaven or Hell. Both my teacher and I were reluctant to have such a drastic shift, from a hugely naturalistic setting to one that, put simply, wasn’t, but ultimately it was the only thing we could do – and the last possible opportunity to do it. 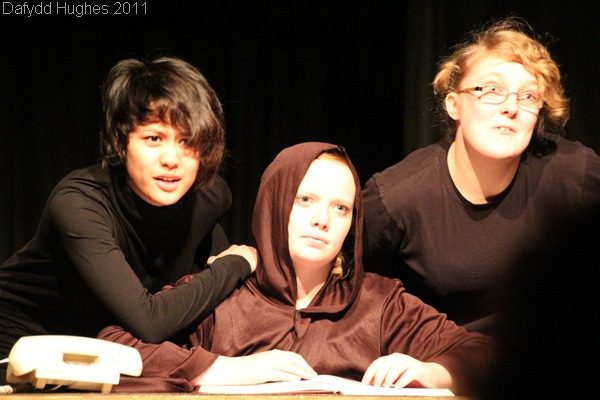 Bizarrely, no-one ever deemed it necessary to pen an entire script, meaning that in years to come, I’ll have long-forgotten the piece which earned me 30% of my GCSE Drama grade (whatever that grade turns out to be). However, a brief plot summary is as follows:

Tonight, we performed The Middle Place in front of a packed audience in the main studio in the new drama block, where parents, friends, and, most importantly, our teacher (with mark-book in hand) watched all six of our class’ performances, having seen the other Year 11 GCSE Drama class’ yesterday. 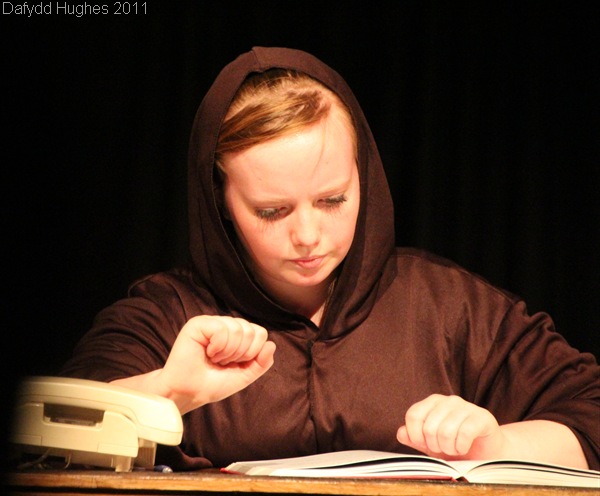 I am proud of the final piece of work we created, and am pleased that this devised piece is now out-of-the-way. We spent an excessive amount of time concentrating solely on the plot and consequently left left little time for character-development, dramatic techniques, and staging arrangements – the things that earn the highest marks. The nice thing is that the next piece is scripted, and that means that the knowing of exact lines is much more important, but the bare bones of the piece are already there. I hope that I will perform better when that piece is shown, in the spring of next year.