UPDATE: I later found out that my GCSE Maths result, with the calculator and non-calculator results combined, was an A.

Last Wednesday, GCSE Maths students across the country found themselves outraged at the difficulty of Edexcel’s November non-calculator paper (the post I wrote on that day has now been read almost a thousand times). This morning, at 9:00am, we sat the second part of the exam – the paper in which the use of a calculator is permitted. Here, as ever, are my thoughts on how that exam went.

For me, the exam started positively. Again, before the time had even begun, I consulted the front cover to see how many questions there were. Expecting a small number (each worth lots of marks), I was pleasantly surprised to see that there were in fact 25 (three more than in the non-calculator exam). This meant that each would be worth, on average, four marks, and therefore that if I couldn’t do one, it wouldn’t be quite so critical.

The questions themselves were a lot more like what I’d prepared for by completing the past papers. They were by no means easy, but certainly manageable in the time allowed. In exams, I’m not a quick worker, preferring to spend a long time on each question than ‘fill’ the remaining time at the end with endless double-checking. I moved slowly and steadily through the paper.

There were a few questions that I had to omit to answer. One was on congruence – a topic my maths-teacher mother had warned me wasn’t worth learning given the few potential marks ‘up for grabs’ – and another was effectively about moving a numerator to make x the subject – again, with so few marks available, I moved on.

Some people were thrown by a question on converting currency. Given the London and Paris exchange rates for £–€, we had to decide which would buy more euros (the snag was the fact that the number of pounds with which we started was not the same in both). I decided against writing a cheeky remark to the examiner to the effect of ‘Why would Amy want to buy any euros anyway? Hasn’t she seen the news lately?’.

In summary, I found the exam a great deal easier than the last one, but I’m not getting my hopes up for a grade on the top of the spectrum. On the question I asked on Facebook, entitled ‘Maths Calculator HIGHER TIER Exam: How did you find it?’. If you’re on my Facebook friends-list – or one of your friends is – click here to vote yourself. 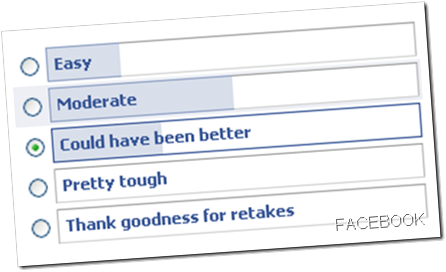 Today’s last lesson was Maths. It was great to unwind by watching a 1986 comedy, Ferris Bueller’s Day Off, which replaced the MathsWatch DVD in my teacher’s laptop – the first disc to do so for three months. That’s not to say, aside from the inevitable retakes, that we’ll never be doing Maths again: we’ve been entered for the International GCSE (IGCSE), which we’ll take in the summer. But for now, at least, it’s lovely to be ‘free’ – however badly I’ve done. 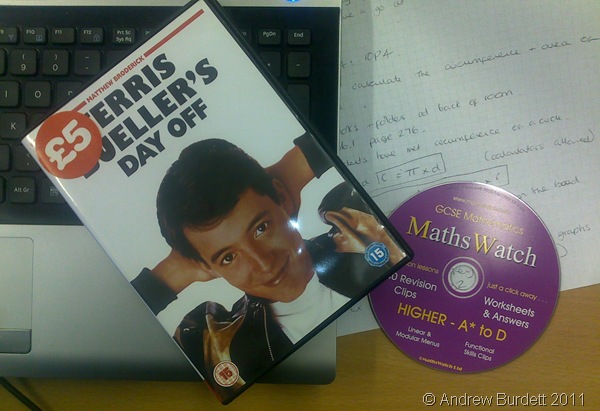