Tonight, my school’s new Music and Drama facilities were officially opened by The Right Honourable Theresa May MP, followed by a twenty-minute show incorporating all three performing arts. Ms White, the headmistress, began the proceedings with a short welcome, before Mrs May made an address to the audience of 82. 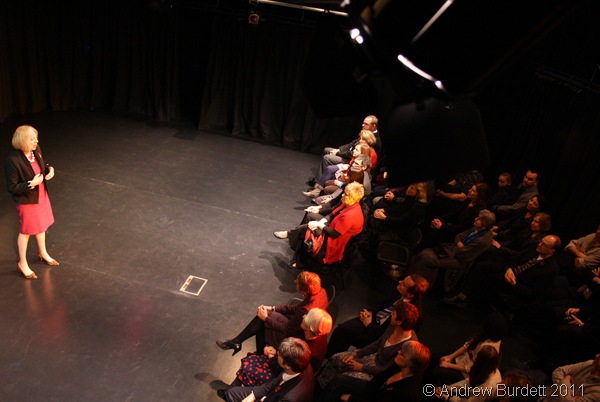 I was reminded of a line in David Ward’s book Transformation, which tells the story of the construction of the new RST, a theatre we visited in June. Though our construction took just six months to complete (five months less than the construction of the Courtyard Theatre described in the text), and the fact our new stage lies on what was once a part of the field (rather than a Stratford-upon-Avon car-park), the message is the same. Furze Platt’s new Drama block has been put up in astonishing speed. Even taking into account the delays and extended handover dates, the building is hugely impressive for a school, and extraordinary for a non-performing arts specialist school.

"Ten days before Midsummer’s Day in 2006, actor Richard Cordery walked on to the thrust stage of the Royal Shakespeare Company’s new Courtyard Theatre in Stratford-Upon-Avon, pointed to a woman in the front row, and said: ‘It’s hard to imagine, madam, but 11 months ago I parked my car exactly where you are sitting.’" 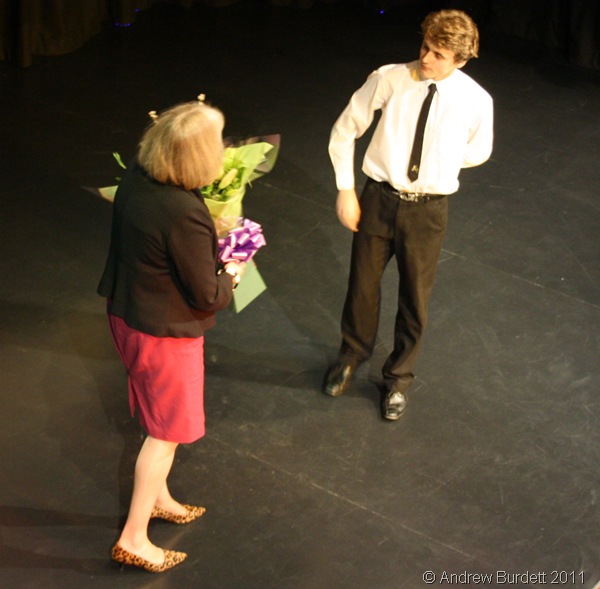 As Year 13 Ryan Tomlinson walked into the spotlight, he began reciting part of Jaques’s All The World’s A Stage soliloquy from Shakespeare‘s As You Like It. This introduced a short film with photos of the construction of the new buildings, pre-timed to the Chamber Choir (of which I’m a member) singing Hallelujah live, from the gantry around the stage. As a singer, it wasn’t the easiest ‘gig’ I’ve ever played, with my sightline of Miss Watson, the conductor, severed by a huge number of theatre lights. Even so, I’m pretty proud of the sound we made.

Next on stage was Nicole Mather dancing a solo ballet piece. When her routine finished, she was joined by six other GCSE Dance students in my year, who performed a more modern dance. 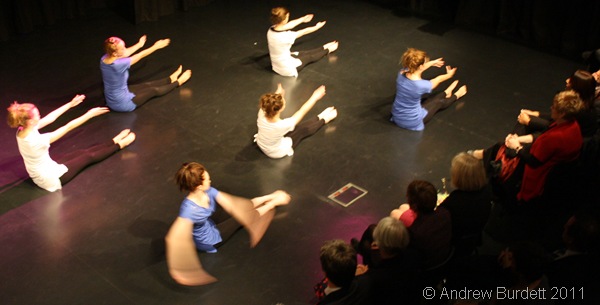 Guitarist Lois Brown then played a Spanish piece on her instrument, beautifully lit by a red spotlight. 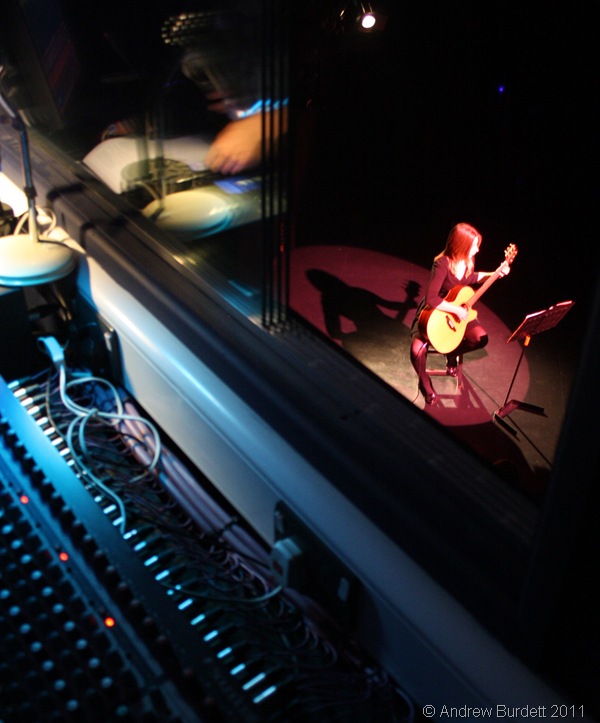 There was also a scene from the brilliant play The History Boys, written by Alan Bennett and performed by a group from the A-Level Drama class. 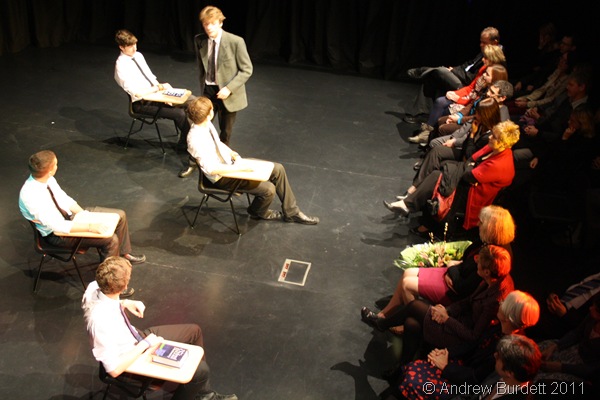 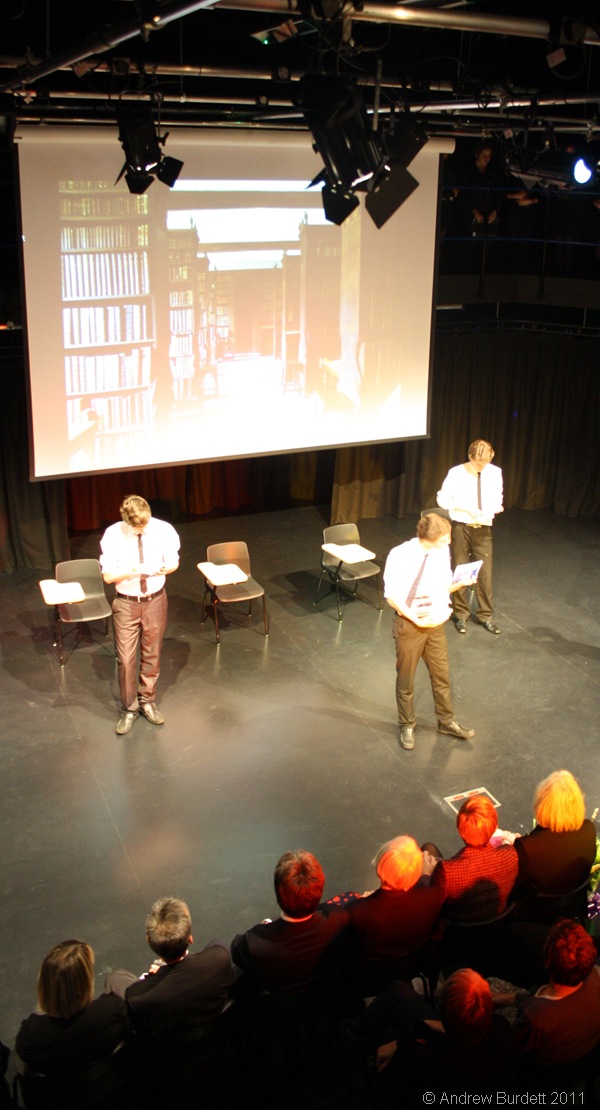 — All The World’s A Stage, as recited by Ryan Tomlinson at the opening ceremony of the new Drama and Music facilities, 11 November 2011

There was a reprise of Hallelujah as the short show came to an end, with Ms White then taking the stage once again to close the ceremony.

"I was going to come on and say ‘Hallelujah’,but I’m almost speechless. You can see by the quality of the arts here at Furze Platt that the new facilities will be warmly received."

— Ms White, Headteacher of Furze Platt School, on the opening ceremony of the new Drama and Music facilities,11 November 2011 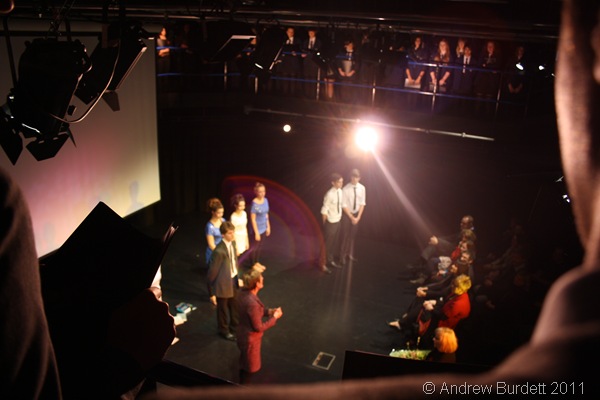 Before everyone went home, there was just time for William Shaw and Ben Spurgeon to demonstrate the capabilities of the new state-of-the-art recording studio (crafted in the shell of an old Music classroom) on the other side of the campus. 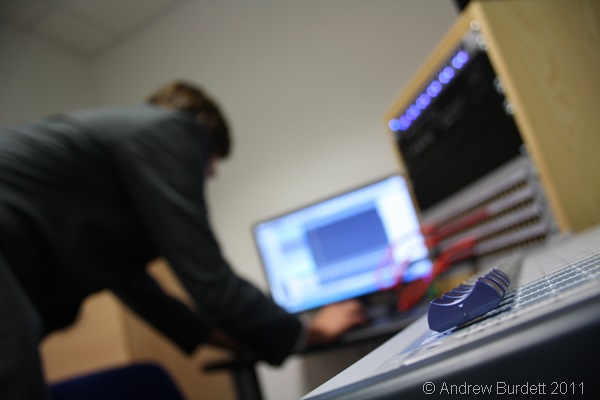 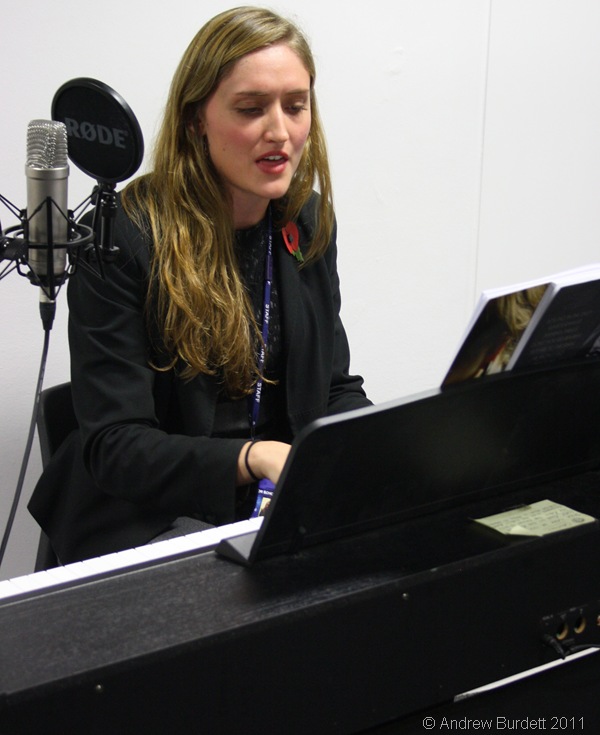 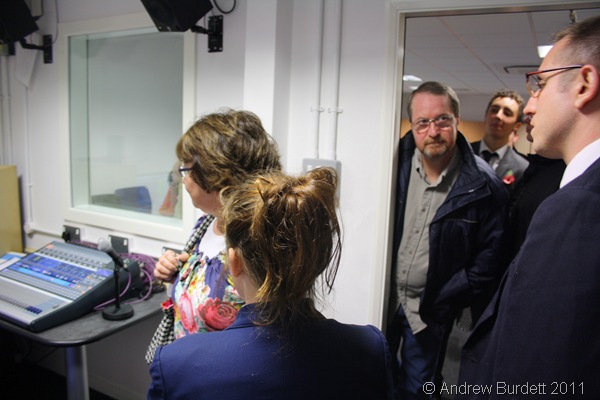