As usual, the Lions Club of Maidenhead held their annual Combined Charities Fair today, as local good  causes took over the Town Hall to fundraise. 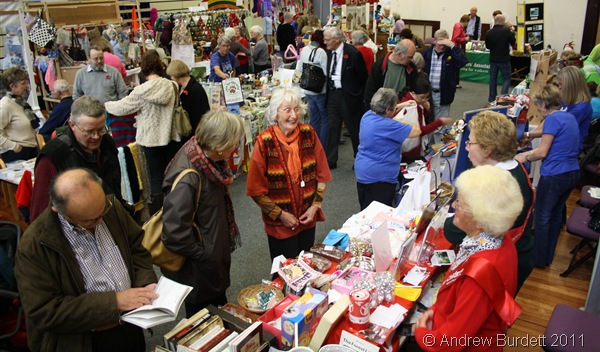 Since it began, St Luke’s have set up and manned a stand, and this year was no different. A team of congregation members offered homemade Christmas cakes and jelly, and won one of two awards for ‘best-dressed stall’. 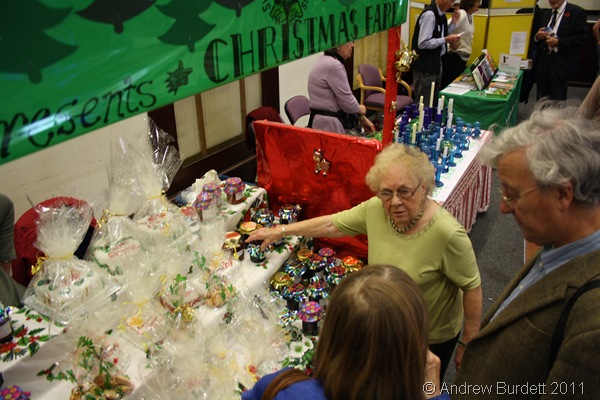 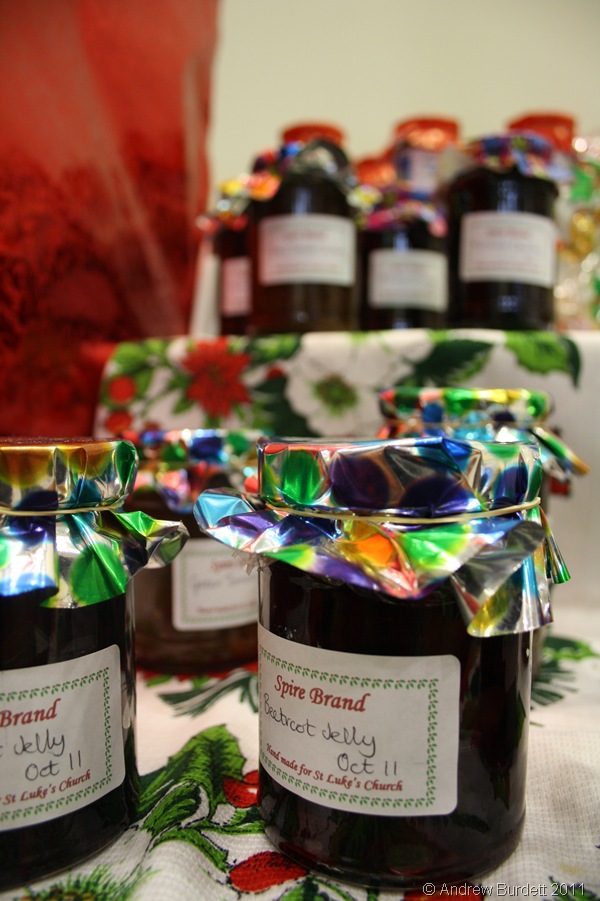 I was delighted to see that Theresa May (Maidenhead‘s MP and, of course, Home Secretary) had come along to support the charities at the fair, and came over to the St Luke’s to buy some of our produce. 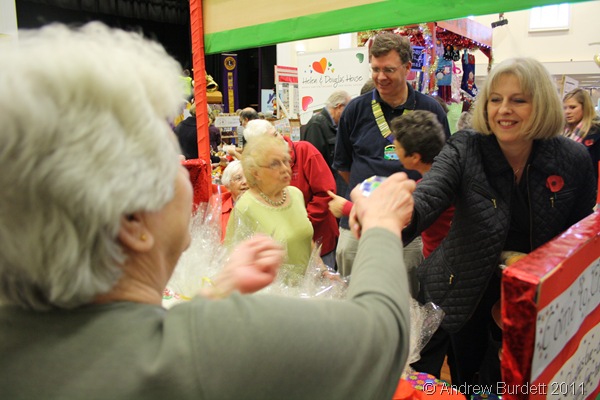 The Charities Fair is a staple fixture for me, and marks the first sign of Christmas. Seeing Win Reynolds, brought along by her daughter, Wendy, brought back fond memories of taking my dear grandfather to the fair every year. It’s just under a year since he died, and in his final years it became a major exercise to get him anywhere, but for the satisfaction of seeing his trademark smile, that early bit of Christmas shopping on the first weekend of November was always worth it. 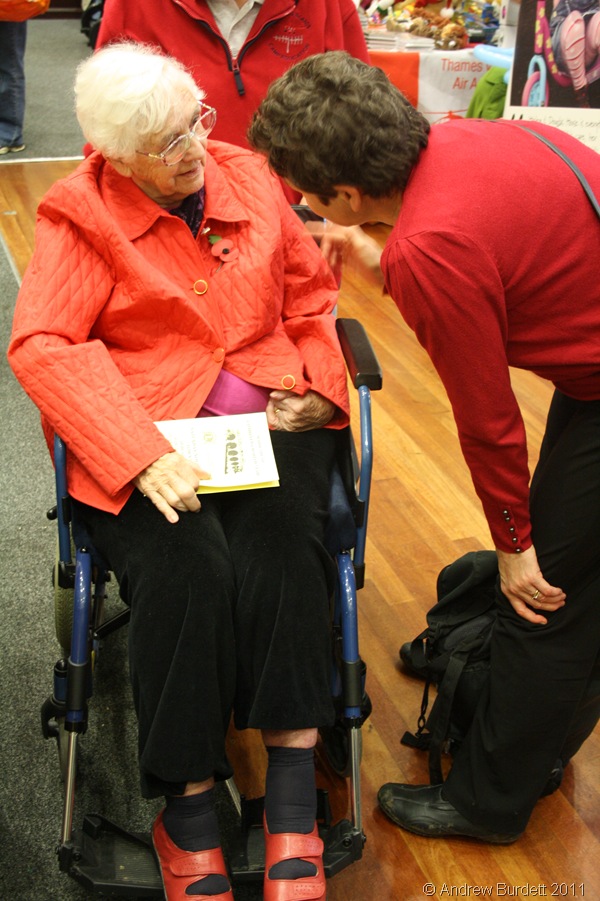 Just as I was about to leave, Mrs May was heading out past the tombola. To her delight, she won the biggest prize there – a giant stuffed toy dog! Although the resulting picture isn’t brilliant photographically, I was there to capture the quite unexpected moment. 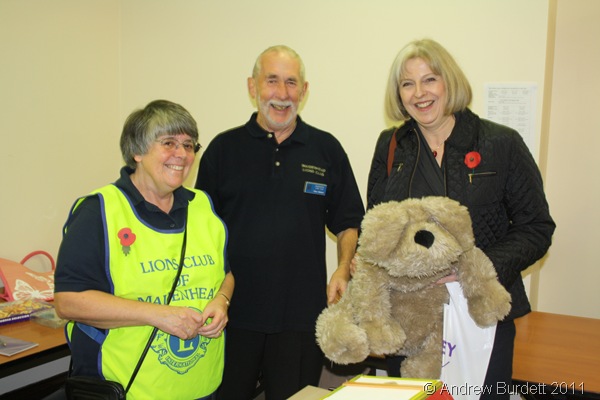