Over the last twelve months, St Luke’s have enjoyed a couple of trips to London – to the National Gallery in December, and St Paul’s Cathedral in the summer. Today, we went to the Capital again, to enjoy a tour of the world-famous BBC Television Centre.

We stepped off the train at 11:00am at White City (the same station used by many of the corporation’s technicians, staff, and journalists) and walked down the road. Our tour, arranged through BBC Tours, was not to start until 1:45pm, so we had some ‘time to kill’ and decided to visit the relatively new Westfield shopping centre, a stone’s-throw away from the Beeb’s building. Of course, it’s not just Television Centre in that area; its 2000s Media Village complex at the 1990s BBC White City development is a little further in the other direction. It’s in these buildings that the production offices for Watchdog, Panorama, and Top Gear are located, and from there that The One Show goes out every weeknight. 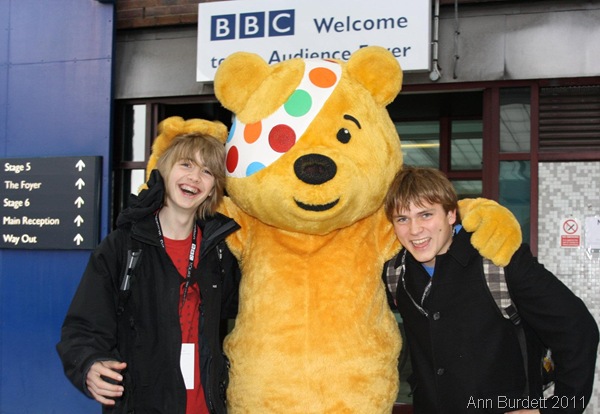 Our 20-strong party was actually splitting up to do two slightly different tours of Telly Centre. The main one, which I went on, was adult-oriented, with a visit to the BBC newsroom, a cuddle with Pudsey, and a peer into TC1. The other was aimed at the children of the group, and featured references to many of CBBC’s programmes, including a look at the Prank Patrol van and the opportunity to sit on the old London Blue Peter set. 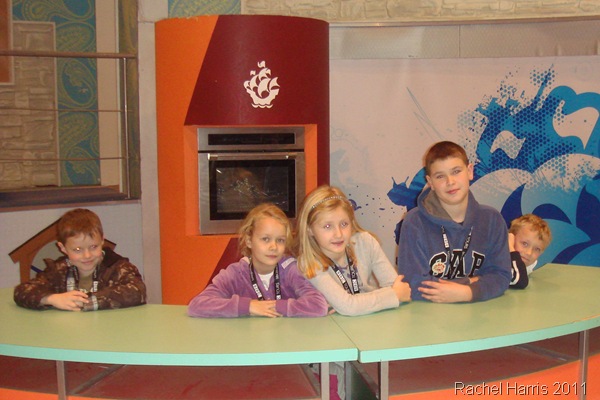 Both had the opportunity to experiment with presenting the weather in front of a blue-screen. Unfortunately my sky-coloured t-shirt confused the computer, and consequently my body was cut-out. Our guide explained to us that this is the technique used to create Harry Potter’s invisibility cloak in the films. 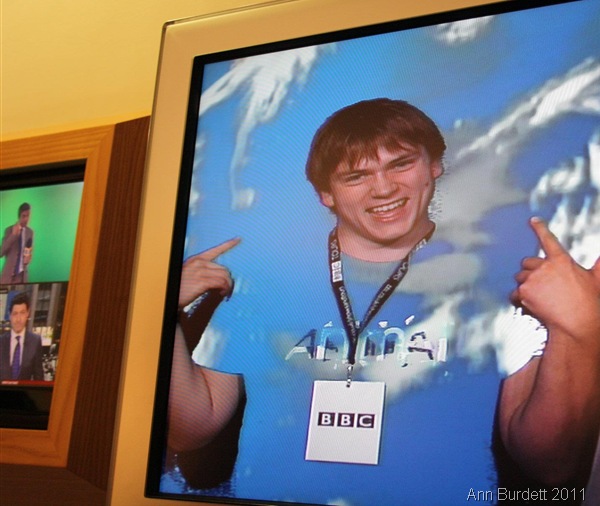 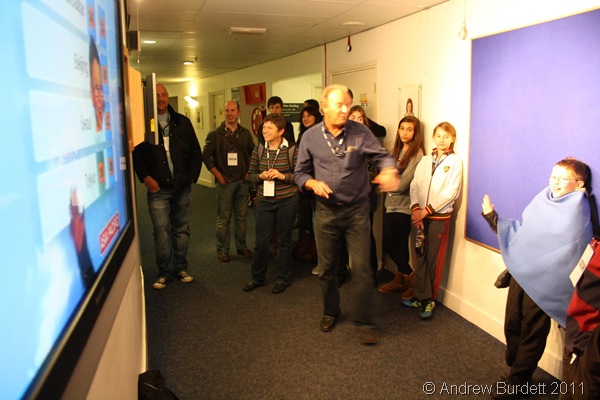 Our tours concluded with independent visits to BBC Tours’ very own interactive studio. There, Matthew joined a couple of non-St Luke’s fellow tour attendees for a quiz about a clip from a BBC show, and I co-read the news. Watch my efforts, introduced by Huw Edwards, below, or see my attempts at a similar Sky News one here.

It’s a case of ‘Watch This Space’ then! Who knows: in twenty years’ time, that may not be a shaky clip on YouTube, but rather a super-HD broadcast on the BBC News Channel! 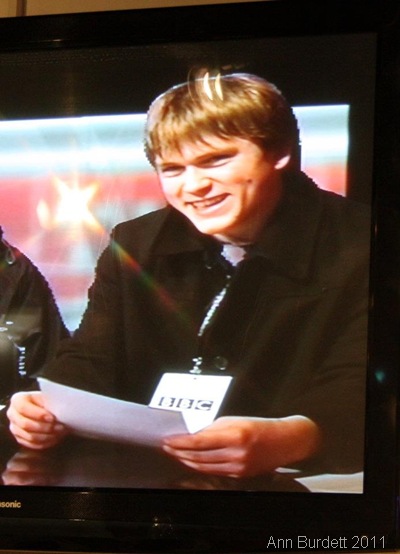 Without meaning to sound arrogant, I didn’t really learn anything new from the tour I went on. Don’t get me wrong: that’s not the fault of the guides, who were excellent, but merely a result of the fact I’ve done it before. Twice. That said, as I tweeted this morning, it’s a great building with some tremendous stories lurking in its corridors, and I think it’s just such a shame that it’s up for sale. One day, it’ll be a luxury West London hotel, and I’ll look back and think ‘Ahh yes, what a great day we had that day’. 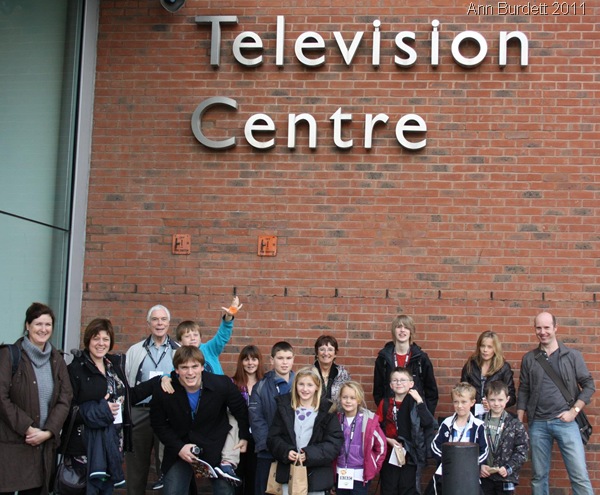 "It has been a torture chamber for politicians, and an endless source of first-class entertainment for the nation—sometimes both at the same time."