It’s been just six months since the Furze Platt Cubs last went to Maidenhead Fire Station, but given the number of new members and the fact that they’re currently learning about the emergency services, a second trip seemed like a good idea.

We met outside, at the usual start-time of 6:30pm. There weren’t quite the full number of Cubs, though we put this down to some parents perhaps not getting the message about the change of venue. Soon, the huge roller-doors opened, and one of the permanent firemen welcome us in. 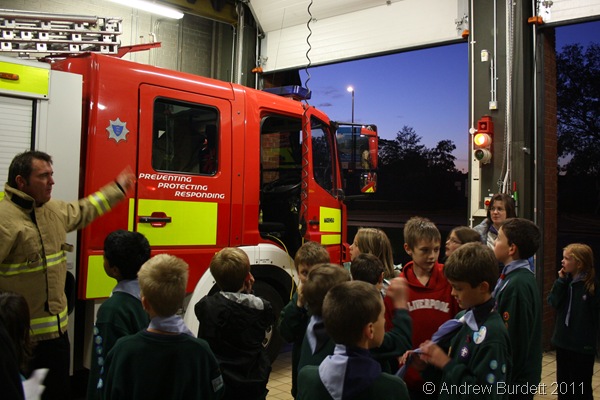 As usual, he opened each cupboard in the fire-engine to impress the Cubs with the large number of hoses within. He explained that they use different diameter pipes depending on the job: in general they prefer thinner, lighter pipes, though some fires require the much bigger ones.

After that, the Cubs were asked to identify the nearest water-hydrant. After a few minutes of running around the yard at the back of the fire station, they eventually found the bright yellow sign and its corresponding hydrant. They rushed back to tell the fireman, and then helped connect up the hosepipe to it. Soon, they were all in a line, awaiting their turn to have a go with the powerful stream of water. 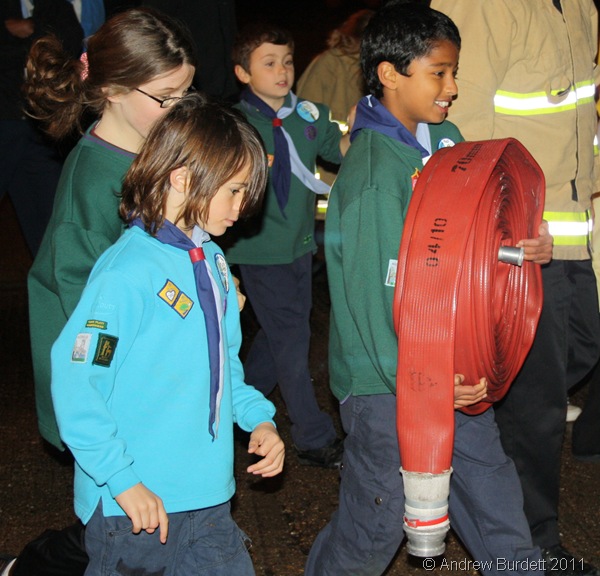 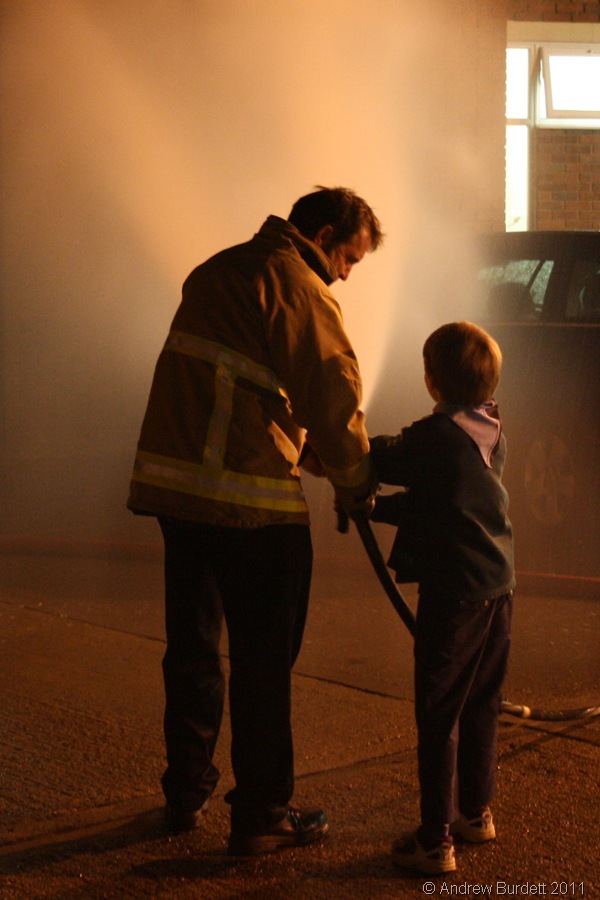 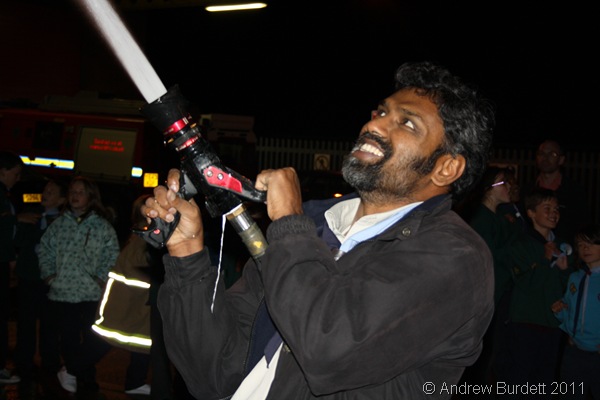 Towards the end of the evening, two of the Cubs got quite cold. No matter, though, as they were offered one of the fireproof jackets to keep them warm! 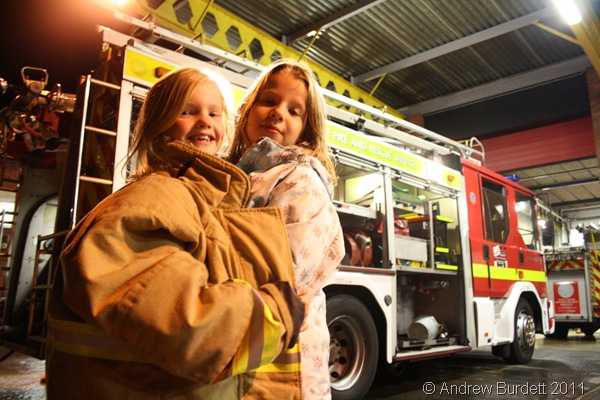 At the end of the evening, there was still some time left until the parents would arrive to collect their offspring. Instead of a full tour of the station (as this wasn’t practical due to training exercises), the Cubs enjoyed a race. In two teams of eight, they competed against each other in relay-style, to each put on the full uniform in the quickest time. 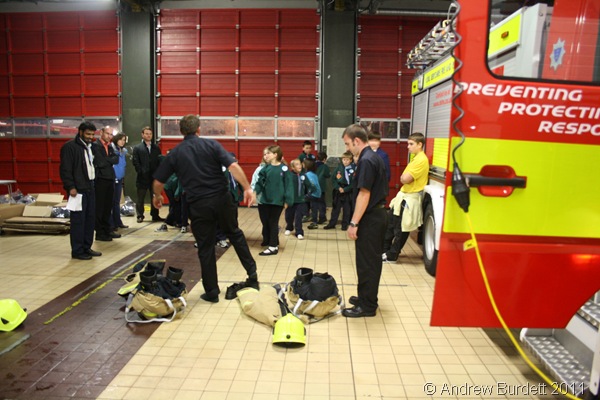 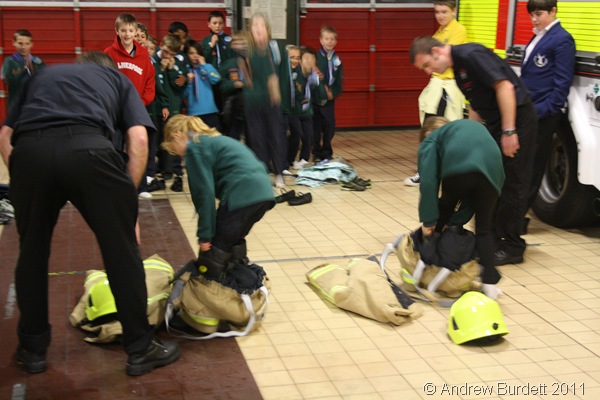 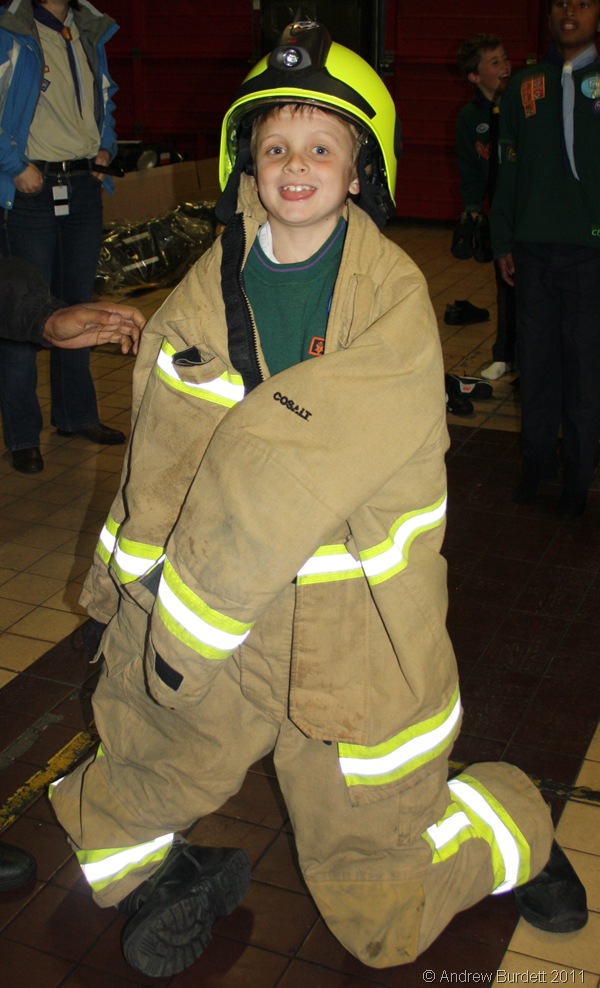 The race brought the evening to a great close, but as well as the fun had from the race and spraying of the hose, I think all of the Cubs learnt a great deal about the dangers of fire in the home, and what to do if they find themselves in such a situation.