Two months after returning from the World Scout Jamboree, the Berkshire Unit reunited today to report back on our experiences. Assembled before us, in the Main Hall at Kennet School, were over a hundred parents and Scout leaders, all keen to hear about our "adventure of a lifetime".

Before the PowerPoint started, there were a number of tables set up, with badges, uniforms, and various other pieces of Jamboree-themed memorabilia from Sweden laid across them. Much of this had been swapped with fellow Scouts whilst out there, a tradition on large-scale camps. 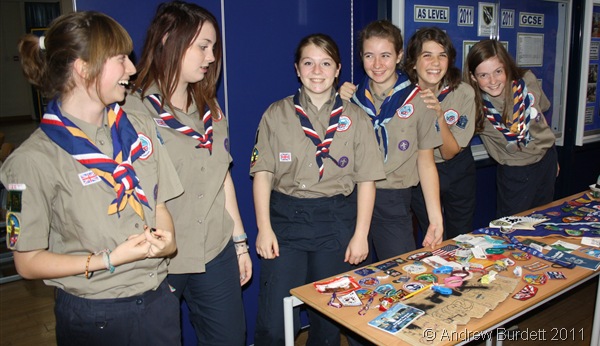 I acted as the presenter, with assistance from two fellow Berkshire Jamboreers who, like me, were trained late last year in public speaking. We began with a video clip put together by World Scouting, about the friendly atmosphere on site.

Natasha Marlow then spoke about the selection weekend held in early-March 2010, before the Winsor Patrol  (each ‘patrol’ was named after a Royal Household) discussed the Denmark pre-event.

Having been given full control over our patrol’s presentation, I decided that each patrol-member would choose and speak about their favourite picture taken on the Jamboree site, using a blend of mini-interviews and short speeches to add interest. The result was effective, and there were topics ranging from communication skills and the site itself, to the food and the activities on offer.

Another of the four patrols discussed both the Camp in Camp experience and the International Day of Culture (the latter of which involved the playing of another video by World Scouting).

The final patrol to present spoke of their individual experiences on Home Hospitality, the final part of the Jamboree where we were shipped off to stay with families across the south of Finland. Surprisingly, this was the first time many of us had listened in detail to our comrades’ tales, due to the sheer excitement that we were all experiencing as we boarded the plane home, hours after being reunited. It was brilliant to find out what fellow unit-members had got up to, but I still maintain that my time with the Juhanojas was the best!

The entire presentation concluded with a Question and Answers style session, where I played Jonathan Dimbleby, posing queries from the floor to ‘the panel’ (leaders and young people alike); and a video of the highlights of the Jamboree itself. 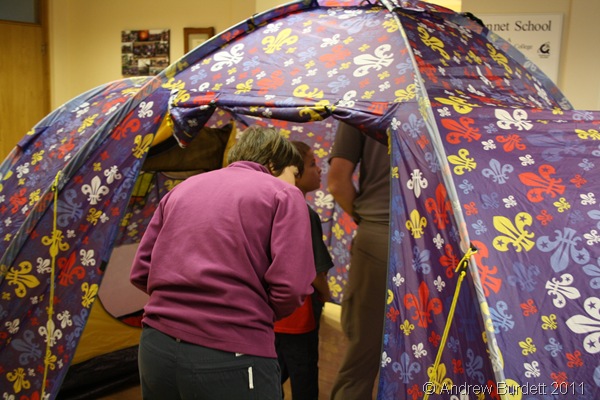