I’m usually a great advocate for my school of Furze Platt. It’s given me tremendous opportunities; it’s where I’ve met most of my very best friends; and with its new Drama and Music blocks, it now has some of the best facilities of any school in the Borough. I genuinely am proud to be a member of Furze Platt, but sadly today’s off-timetable ‘Flexible Learning Day’ – the first of several this year – only aggravated me.

The day began with the usual half-hour tutor period. There, we were delivered instructions on how the rest of the day would unfold. I was pleased to see that, despite this being a more ‘relaxed’ day, senior staff members were, as ever, at the gates of the school ensuring nobody saw it as an excuse to arrive late. Each department had laid on a series of activities based on the theme of ‘Festivals’, and each form group went around the site to a pre-assigned random selection of four, for one-hour ‘lessons’. In ICT, students were researching various festivals overseas; in Music, the teachers taught some of the basics behind samba music; and in RE, pupils learnt about the various religious celebrations.

My form’s first lesson was in English, where Ms Stevens (my brilliant year-round teacher) encouraged us to make a chant for Henley, our house. Miss showed us various examples of stirring chant, ranging from football’s I’m England Till I Die to the one in Cool Runnings. Together, we bullet-pointed some of the more prominent features in each (short phrases, highly memorable lines, presenting a sense of unity), before writing our own.

Out in the large computer suite, we had a chant-off with a fellow Henley form, where it became apparent that our simple call-and-response chant was better than their alternative.

The next lesson was Dance, where we’d been told that we were in for a session based on the street genre. However, by her own admission, the lady hired in from a Windsor-based movement theatre company was not going to teach us one single variety of the umbrella-term, but rather help us show off our own "freestyle" moves. I’m no great dancer, but – never afraid to make a fool of myself in public – I’m always keen to throw myself into challenges. As we were joined by another form group, I worked with Harry Higgon and head-boy Mark Janes. It’s fair to say that we didn’t take it at all seriously, but certainly enjoyed attempting to body-pop, even if we weren’t very good at it. I struggled to see how this was really teaching us anything – especially given it wasn’t even vaguely related to the kind of dance witnessed at colourful overseas festivals – but the trigger-point for my anger was still to come.

After the first break-time, we headed to the Humanities department where we were ‘learning’ about the clothing of foreign festivals. In groups of four, we made various accessories such as headwear and masks. I should explain at this point that at Furze Platt, each form is made up of a few of each year group, from Year 7 to Year 11. Usually, this is a great system, as the younger students learn from the good example of the older students, and sixth-formers regularly assist with reading and ‘mentoring’ the less-able. Unfortunately, brilliant fun as cutting-and-sticking sheets of card may be for an 11-year-old, for me it seemed a frankly childish task. 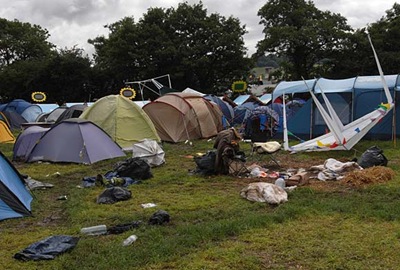 The fourth and final hour was in Science, where we learnt about the environmental effect of the waste left behind at music festivals like those held in Glastonbury and Reading. The main task was to dream up a more eco-friendly way of holding a similar event, and I suggested that as much as possible of everything brought on-site should be bio-degradable. Interestingly, I found a 2008 article on the BBC News website where festival organiser Michael Eavis highlighted the problem of metal tent-pegs when Worthy Farm’s usual residents (herds of cows) move back in.

The day concluded with a carnival procession down the main access road (known colloquially as West Drive), where each house participated. Henley had gone for a theme of ‘hats’, and each of us brought along interesting headwear to wear during the march round the site. 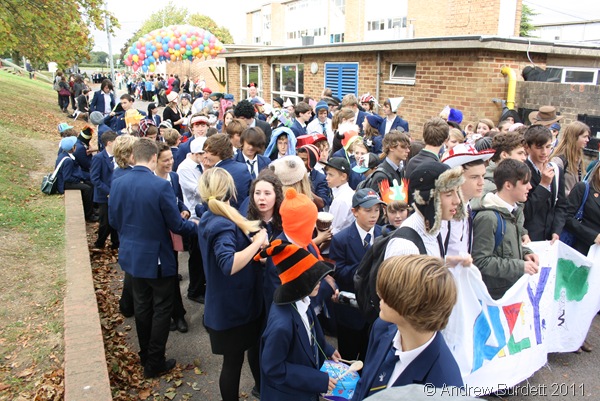 The last hoorah was the release of roughly a hundred sponsored balloons – though some barely made it out of the tube before getting caught on the overhead cables around the school! 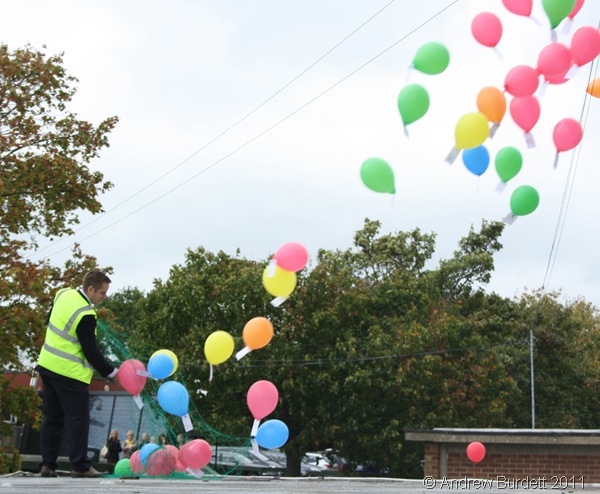 Overall, my impression of this extended-curricular day was not good: that’s a shame, given how hard staff had obviously worked to make the event run smoothly. From researching various carnivals from around the world to coming up with fun, linked activities, the activities in their lessons varied hugely. That said, I think that – like the Africa Day I enjoyed in Year 7 – the whole thing would have worked a lot better if it had been aimed solely at the lower-school. Had I not have had to miss a double-German lesson and a Drama lesson (both of which I have assessments in in the next few weeks), and a Maths lesson (my GCSE exam is just after the October half-term), I guess I’d have enjoyed it more.

But maybe I’m missing the point. As evident from the smiling faces and the great atmosphere in the procession at the end, perhaps it’s good to have a break from the ‘nitty-gritty’ education once-in-a-while. I’m virtually certain that the next one (held even closer to the exam) will be more beneficial to everyone, as my fellow Year 11s and I will have a day of Maths revision, while the younger students will get to know their own year-mates better. 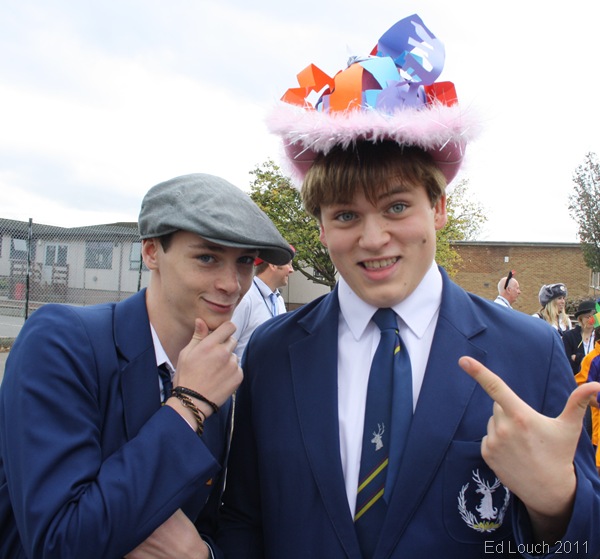