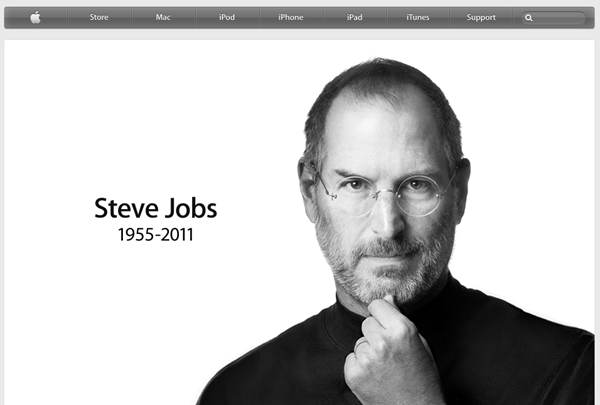 When my father walked into my room this morning to wake me up, he announced with a poignancy in his voice, "Your hero’s died". My immediate reaction was one of confusion – I’m not a great one for heroes, and the only person who I’d have loved to have met is Guy Gibson (leader of the Dambusters mission), who’s been dead for 67 years.

It didn’t take me long to find out who he did mean, though. Twitter was awash with messages of respect from users across the world. And they weren’t just ‘fanboys’ (the term given to young people who promote and worship Apple like it’s a religion). Bill Gates, long-time rival but also dear friend of Steve Jobs, wrote two touching tweets.

"Melinda and I extend our sincere condolences to Steve Jobs’ family & friends. The world rarely sees someone who made such a profound impact."

"For those of us lucky enough to get to work with Steve, it’s been an insanely great honor. I will miss Steve immensely." 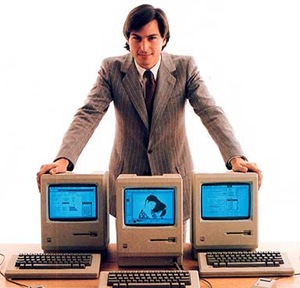 Sadly, the news of the death was not surprising. In 2004, Jobs announced he’d been diagnosed with a cancerous tumour in his pancreas. Though he’s thought to have recovered from this, he later wrote in an internal memo that he’d "learned that my health-related issues are more complex than I originally thought". He took a six-month period of absence in early 2009, and again, another period of "medical leave", in January 2011. There was then great speculation as to who would unveil the iPad 2 in February. Tim Cook? Jonathan Ive? Phil Schiller? No. Much to the shock of the Telegraph live-blogger and the rest of the world, Steve Jobs gave the keynote. But this was not a well man. He looked thin, rake-like, and ill. Within the space of less than a year, he’d be dead.

Born in 1955 in San Francisco, Jobs co-founded Apple Computer Inc with Steve Wozniak, Mike Markkula and others. He designed, developed, and marketed the Apple II, and went on to make many more groundbreaking products at Apple including the Macintosh. But not everyone liked him. He was forced out by the board of directors in 1985, and created NeXT, a computer platform development company. But Apple’s 1996 buy-out of NeXT brought Steve Jobs back home to Apple, and he served as CEO until 2011. Jobs resigned in August, but the massive share-price fall predicted did not materialise into anything like as big as had been feared – perhaps due to the long anticipation of his death.

Whilst I never really thought about it, Steve Jobs was a true influence on me. His amazing and unique style for holding press conferences is something Mark Zuckerberg can only attempt to recreate. I’ve learned so much from his technique on delivering presentations, as well as his skill in directing one of the world’s most valuable (and easily the sole most powerful) technology companies, that perhaps Dad was right. Steve Jobs was my hero.

Read Phil Bray‘s summary of how the news developed on Twitter.