Today, the sale of my maternal grandparents’ house was completed, after my dad received a call to say that the money had gone through. He walked to the house – the new owners were already inside – presented them with the key, and said "It’s all yours." 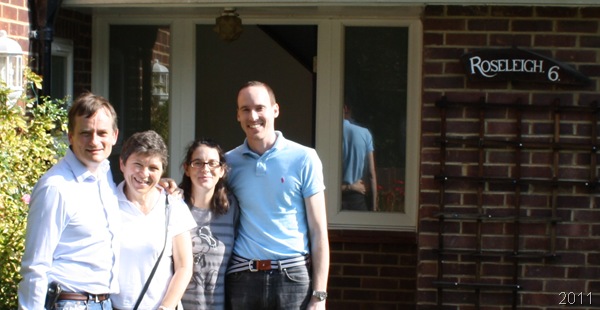 Getting it to a stage where it was ready to change ownership was no small task, as anybody who’s ever moved house will know. However, due to my grandparents’ keep-everything-attitude, there was a great deal of stuff to sort. Mum and Dad spent many late nights during the summer there, and Derek (Mum’s brother) came down from Birmingham on several days. It was on those days that the whole process was more efficient, as he had a no-nonsense approach to getting rid of what was not needed, while my mother spent more time nostalgically looking at items from her childhood than actually throwing anything away! 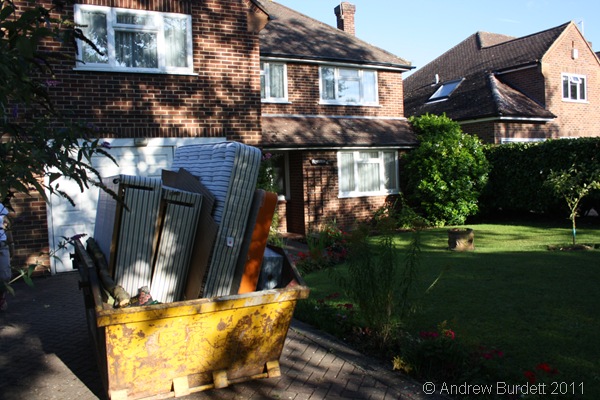 We hired a skip to get rid of the aging mattresses and the chairs that had seen better days, and the Salvation Army were given free-reigns to take whatever they wanted. My grandfather was always keen on craft, and made a grand puppet theatre (which I later adopted and added a computer-controlled lighting system to) and a tremendous dolls’ house among other things. What he left behind was a huge amount of wood, which was donated to the woodpile at my Scout group’s campsite. Some of their possessions went on Freegle, including a 1970s electric organ that I regularly played as a child. Other goods, like their early-2000s widescreen CRT TV, went to the tip. The majority of their clothes went to charity shops, though I saved a couple of Granddad’s jackets for myself! 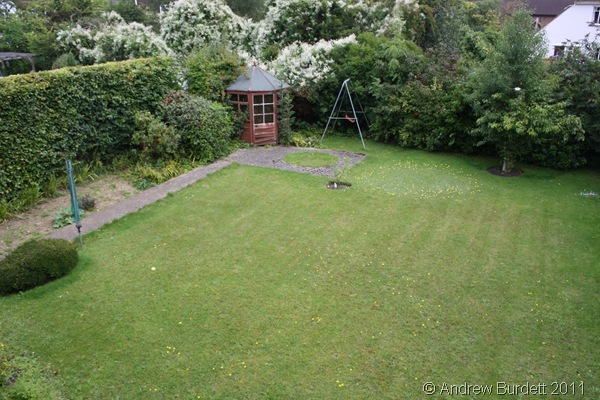 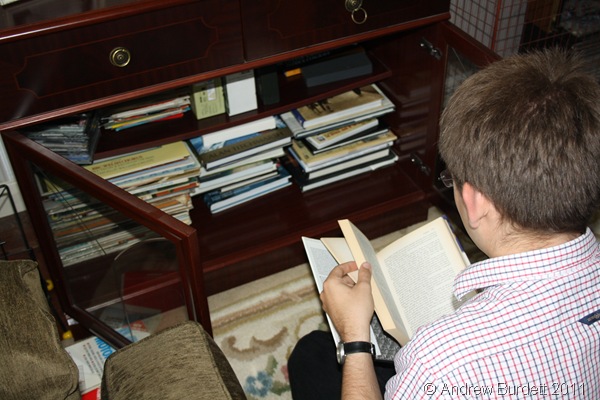 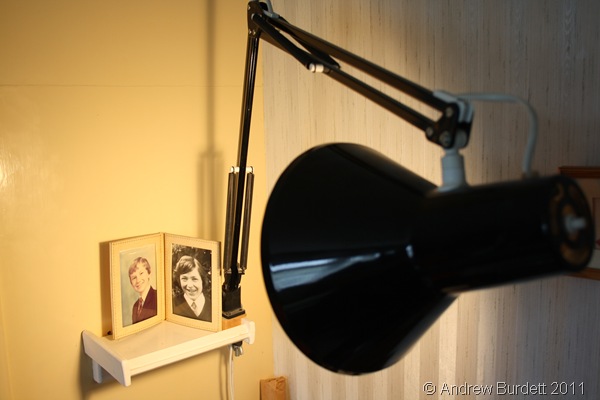 Harriet was seemed concerned only about the loss of one of the toys she used to frequently play with, so decided to give it one last ride down the concrete path in the back garden. Unfortunately, she’s rather larger than she was when she was five or six, so it wasn’t long until she fell off! 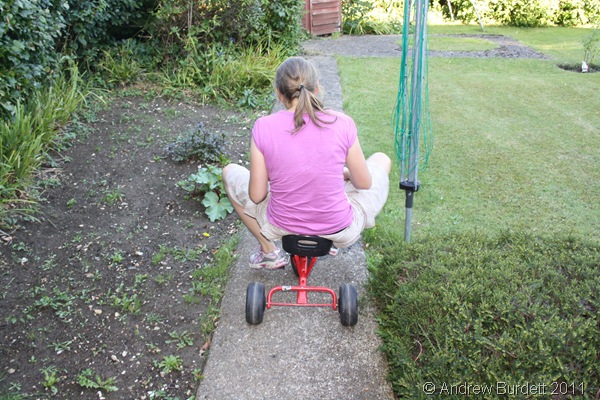 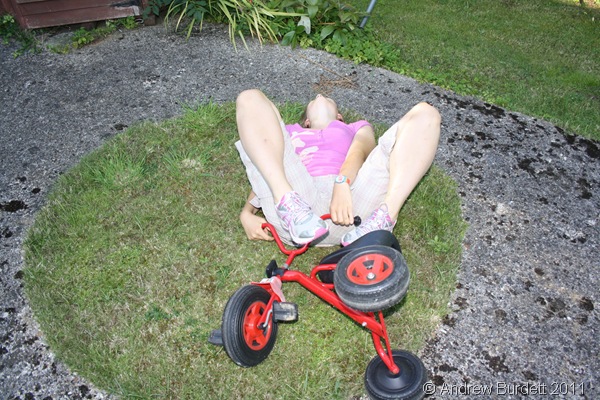 At long last, the emptying efforts ended last night, and Roseleigh now starts a new chapter in its life as the family home for a baby girl and her parents, whose own parents live just around the corner.

Meanwhile, the stuff that still needs sorting was dumped in Harriet’s room at our house – let’s just hope she doesn’t turn up unexpectedly at our door from university! 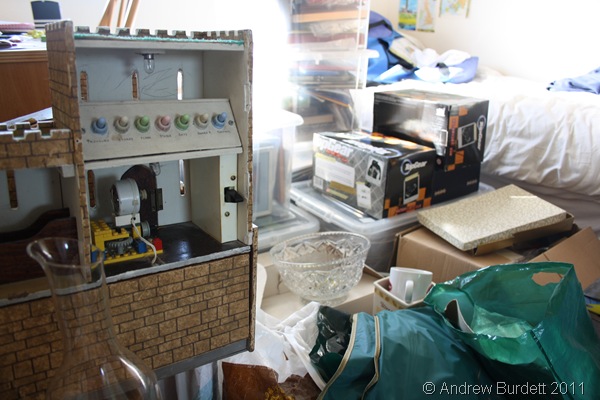 Read my post made the day after Granddad died here.