Just like the Swimarathon, the Lions Club of Maidenhead’s ‘FunDRun’ is held annually, and offers local organisations the opportunity to enter a sponsored team to take part.

VIDEO_Watch a video from the Fundrun in this YouTube film.

I arrived on my bike, having got across town from the St Luke’s Flower Festival in seven minutes. I was just in time, as the claxon was about to be sounded to signify the start of the relay. There was a good number of us – more than I’d been expecting – and it was great that Revd Sally was there too. 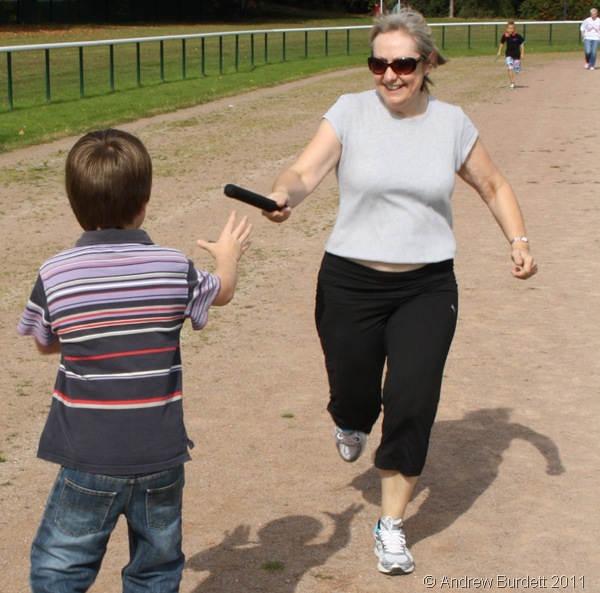 We each took it in turns to run 200m half-laps, and on average did five runs each. That said, Rhys Bartholomew probably ran half of the 54 laps we clocked up as a team, and even pushed Chris Sawyers for a few laps in her wheelchair… though I’m not sure Chris was so pleased about the breakneck speeds Rhys was reaching! 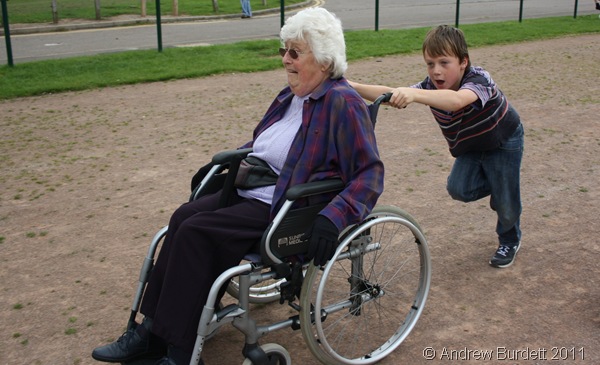 Half of all the money pledged for each team goes to the Lions Club’s chosen charity, People to Places, while the other half goes to a charity of the team’s choice. However, given how much my grandfather benefited from People to Places’ work, the St Luke’s team elected to give its half to the charity too. 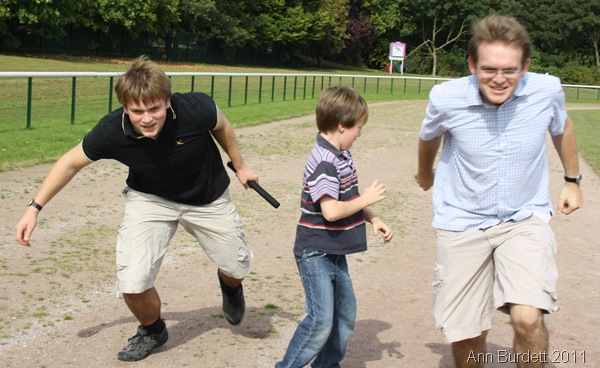 Towards the end, each lap seemed to get longer and our legs seemed to get more and more tired. Luckily, the great community spirit we were emerged in helped us all get to the finish line. 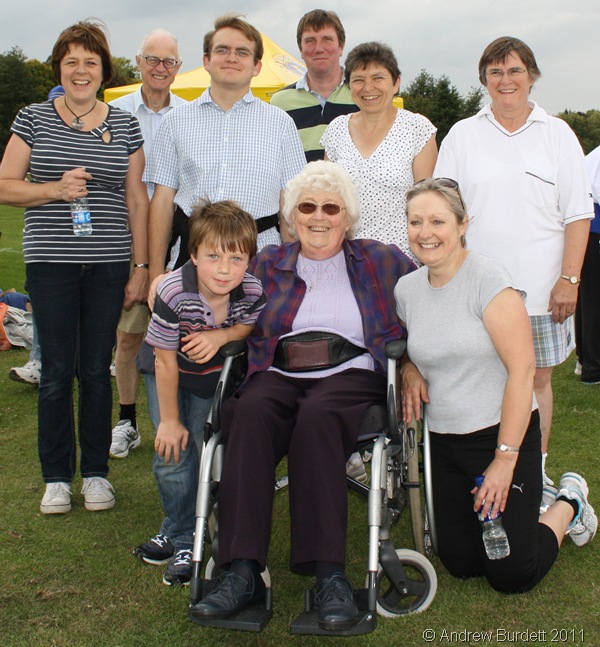 See my post from 2010’s Fundrun (held on a similarly busy Saturday) by clicking here.