Today marks the tenth anniversary of the 9/11/2001 attacks. In the run-up to today, there’s been a huge media focus on what went wrong; what’s changed since; and the incredible stories of survival, bravery, and courage that have emerged from the rubble over the last decade.

"Only the most churlish could repress a sense of hope as dawn rose on the new millennium in 2000. There were 619 days of hope between 1 January and 9/11 the following year. Those 88 weeks now look like a little bubble of optimism waiting to burst." 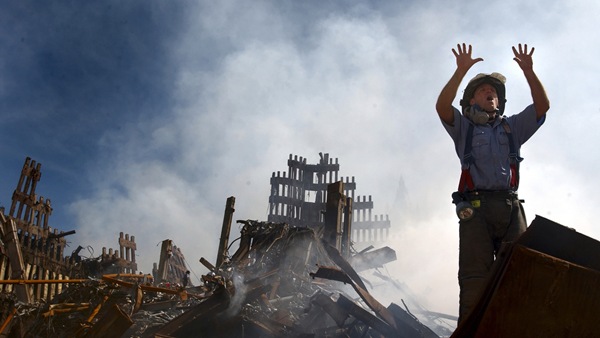 Everyone who was around at the time of the attacks remembers where they were when they first heard the news. I was being collected from my infant school, on one of my first days in Year 1. It was a hot, sweaty afternoon, and in the playground there was the general hustle and bustle. My mother (or "Mummy" as she was then) told me how "a lady" had mentioned some kind of explosion or bomb in America. When I got home I turned on the television but, at such a tender age, all I could think about was my disappointment that the same clips of the planes and the buildings kept being repeated again and again, and how I’d far rather be watching Tweenies (the BBC had suspended all usual programming to make way for multi-channel, simulcast news coverage). Of course, being just five years old, I had no idea of the significance and implications of the terror attack.

By that moment in time, the terror attack itself was over. But the effort to identify the bodies found in the rubble, and to trace the relatives of those killed, was only just beginning. It would be a long time until the exact number killed would become apparent, not least because many of the bodies had been completely obliterated.

In addition to where I was, there’s three things that have always summed up that day to me:

The Battle Hymn of the Republic, a highly patriotic American tune

That single image became arguably the best-know of all of the photographs taken on September the eleventh. After it was printed in The New York Times for the first time, it quickly became one of the most controversial pictures ever published. It was undeniably graphic, but also painfully thought-provoking. Because of the enormous amount of criticism, anger, and uproar generated by its use, it was decided that it would never be shown again. 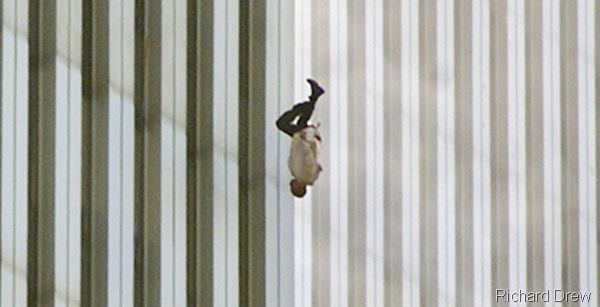 Much of this anger came from people upset that one photo could show the last moments of someone’s life – a time which most hope will be dignified, peaceful, and private. Newspapers instead chose to show the photos of the great, good, and incredibly brave work of the rescuers and clean-up operators. However, personally, I think that this photo – whose subject’s identity has still never been confirmed – is an unbeatable representation of that day. It unavoidably stimulates the mind to question with itself: ‘What would I have done in that situation? Would I have jumped to have a quick death? Or would I have stayed to be consumed by the fire and smoke, but avoid the possibility of going to Hell for committing suicide?’ Indeed, the family of the man who the jumper was first identified as refused to accept that it was their son, believing that it would mean he’d gone against everything the family stood for. As a result, they forced the press to clear his name.

There is, though, a great argument that – despite the press’ huge efforts to put a name to the man – maybe it would be best if we never find out.

Almost ten years after the 9/11 attacks, in May 2011, the US Navy SEALs successfully completed a mission to find and kill the man thought responsible for masterminding the attacks, Osama bin Laden. However, the war in Afghanistan (which began in direct response to September the Eleventh) is still being fought at a huge cost – in terms of both money and lives – by NATO forces. Although the end is supposedly in sight, the scars the war’s left will remain for years to come, as will the tears in the eyes of the mothers of the victims who’ve fallen in the last ten years.

"This [mission to kill bin Laden] should have been the primary – and almost certainly sole – use of violence in response to 9/11. Instead, over a million people have died in the torrent of aggression. They were just as innocent as the civilians in the World Trade Centre, and their families will never get their day dancing in the streets in vengeance over the men who ordered it."