Although their silver wedding anniversary was really in July, the summer holidays forced Mum and Dad’s party to be held today. Apart from the meal after Granddad’s funeral, this was the first time that the families have met up since Harriet and Mum’s joint birthday party in 2009. Held indoors, in the beautiful Long Barn at Norden Farm, the heavy rain outside didn’t threaten to spoil the fun, as family and friends were reunited. 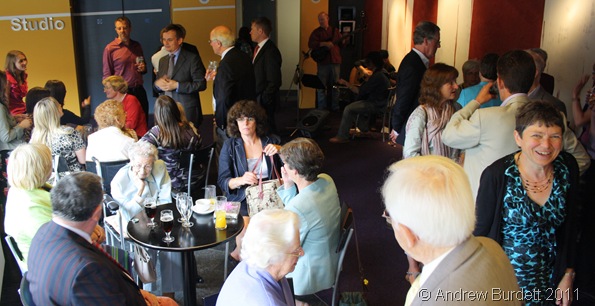 We had a tab going at the bar in the foyer, so this proved to be a relaxed and intimate place for people to start the afternoon. It also provided us with an hour to put the final preparations to the Long Barn itself, including setting up a projector, looping photos from both Mum and Dad’s wedding day and their special Peru trip this summer. 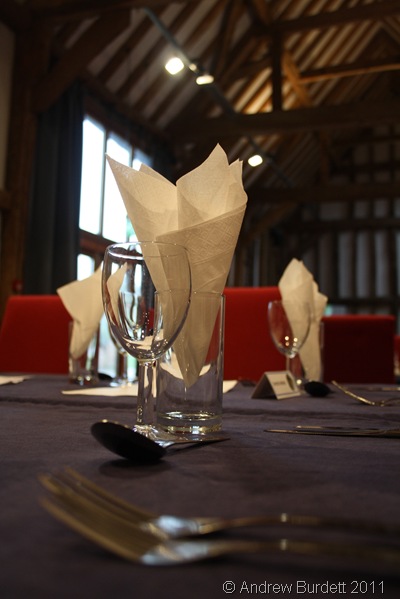 It was lovely that our great friend (and former vicar) Richard Holroyd was able to make it back from preaching in Bristol this morning, just in time for the luncheon. 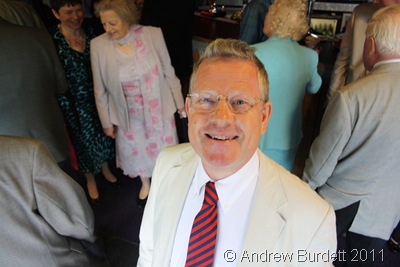 Although there was a choice of several dishes, it seemed everyone on the “children’s” table had opted for the same three-courses: tomato broth; chicken supreme; and New York cheesecake. 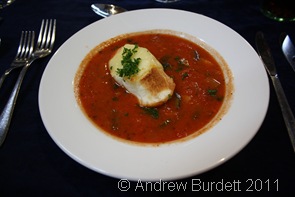 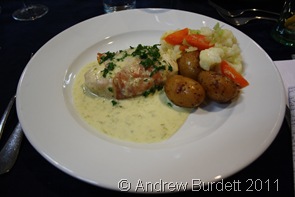 After the meal, I read a tribute I’d written to the past 25 years of my parents’ marriage, before Matthew (my brother) proposed a toast “to their very good health”.

“I believe that it was the great children’s television programme Blue Peter where, on its own twenty-fifth anniversary, the presenters described summarising its history as like ‘trying to squeeze the contents of a swimming pool into a bucket’. As I look back over my parents’ immensely happy marriage, I can see what they mean.

Although they tied the knot in the beautiful Stubbings Church, the location of my parents’ engagement was far less glamorous – the car-park at the back of Slough Railway Station, to be precise. So the legend goes that my father had become so worried that the girl of his dreams (now my mother) would say ‘No’, it took him the entire of a day in London with her to finally pick up the courage to get down on one knee, and pop the question. He only at last did so just a couple of stops from home, by which point my mother (who had in fact been quietly hoping for the question all day) had convinced herself that ‘perhaps she wasn’t good enough for him’ after all. But then, as they say, all the rest was history.

And what a history it’s been. Since they left that church in 1986, there have been such huge changes in the world around them, that it’s quite amazing to flick through newspaper front pages printed since then. They tell of the invention of the internet, the bloodshed of horrific conflicts (of which many are still raging today), the IRA terror attacks of the late-twentieth century, and the more recent 9/11 and 7/7 tragedies (among so many others), the worry of global warming, the ban on fox-hunting, catastrophic natural disasters, and two Royal Weddings. Governments have been overthrown and new ones created. Old countries have effectively been destroyed, while newly-painted border-lines mark the nations that replace them.

The family has changed too. In 1989, Ann and Richard became “Mummy” and “Daddy” for the first time with the arrival of Matthew, my brother. Two years later, Harriet was born into the Family Burdett, before, in 1996, I was born as their third and final child. Sadly, but inevitably, they’ve both said ‘goodbye’ to their parents within the last five years. On the Burdett side, Arthur and Christine departed in 2006 and 2007 respectively, and also in 2007, Hilda (on the Hallworth side) breathed her final breath. It was in the last days of 2010 that we buried my last grandparent, Leslie, but I know that all four of them are looking down on us today “rejoicing with us, but on another shore and in a greater light”.

What has remained constant, though, (apart from the fact England still haven’t won the World Cup since 1966) is Mum and Dad’s enormous love for each other. Through the immensely difficult years of late, they’ve stayed strong, supporting both each other and us three children. Although we argue – as all brothers and sisters do – I speak of my older siblings Matthew and Harriet with great pride, and strongly believe that they’ve developed into the fine, fine young people that they have primarily due to the tremendous parenting of Mum and Dad.

As we look towards the next quarter-century, I’m sure I can join everybody in wishing my parents – your friends, relatives, or neighbours – a very happy silver wedding anniversary. Happy anniversary!”

At that point, I played a film I’d made entitled ’25 Happy Years’. It showed just a few of the photos taken over the duration of the marriage, which I’d scanned in (by hand) from the family albums and set to music over the course of last week. They really loved it, which made all of the paper-cuts I’d gained in its production worthwhile. The music I used was the instrumental version of Michael Bublé’s Haven’t Met You Yet; I had been planning to use the version with the lyrics, but decided that a song about still waiting to find the ideal girl probably wouldn’t be appropriate, so used the uplifting and major-key backing track instead.

WATCH the montage video played at the party above.

Harriet then took the spotlight, providing some musical entertainment along with some old school-friends. They sang about five songs, including Mum’s favourite The Rose, and Dad’s all-time number-one Fields of Gold. 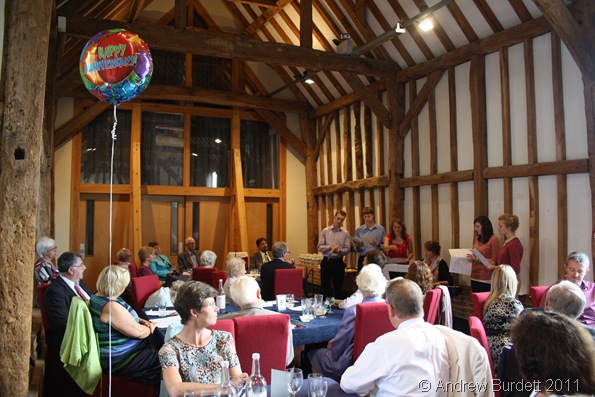 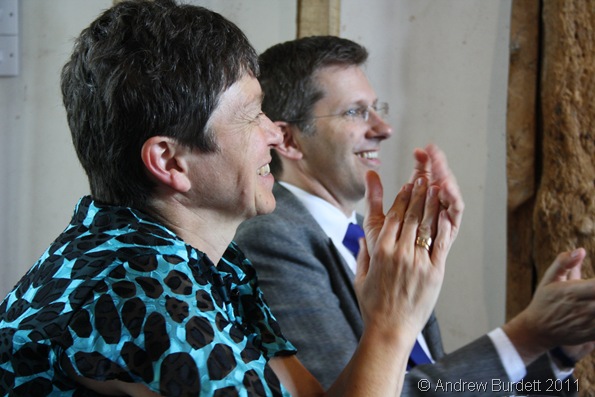 As the afternoon drew to a close, Mum and Dad cut the cake – made to the same rich-fruit recipe that is always rolled out for special occasions, but decorated in white/silver icing. 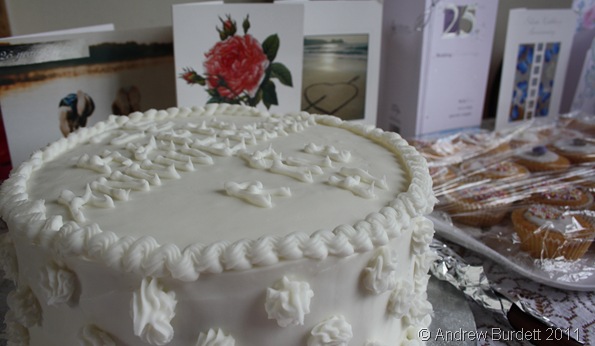 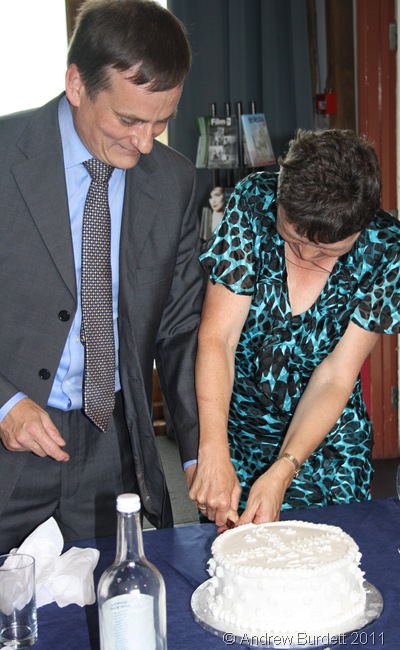 Over afternoon tea, we spent the rest of the time talking amongst ourselves. Many people were keen to hear about how I’d got on at the Jamboree, especially because the majority had supported my trip in some way. 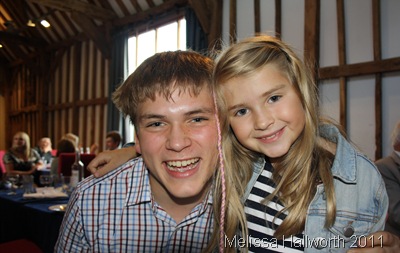 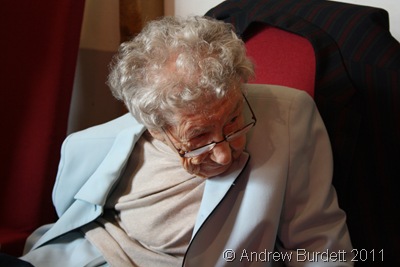 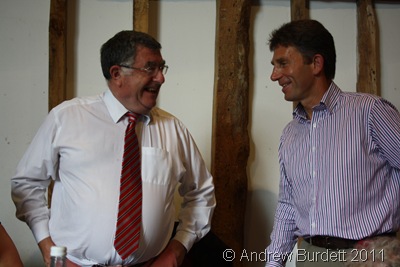 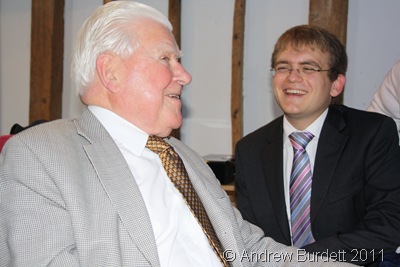 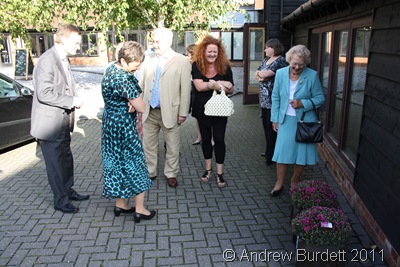 The party drew to a close at around 5:30pm, as many of our guests had to travel long distances (Dad’s side were primarily Lincolnshire-based) against end-of-summer-holiday traffic. We said our last goodbyes, before packing up our things and leaving the site. Dad’s best man, Peter Hall, who met Dad at university whilst both were involved backstage at the amateur-dramatics society, joked, “Right, time for the get-out!” in reference to the theatrical term for ‘striking’ a set. 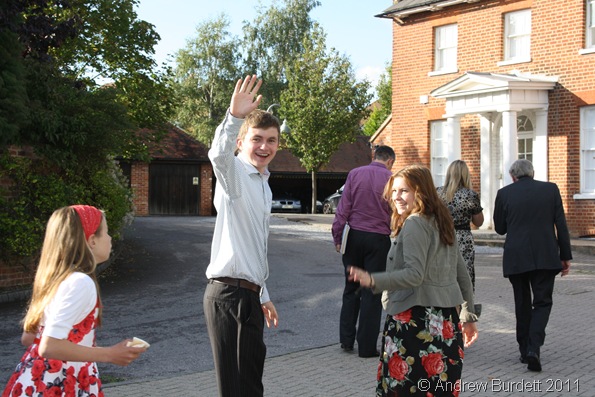 Luckily, before it was too late, Matthew realised that the Goldsmiths had left their umbrellas, so raced to grab them and give them back before they drove off. 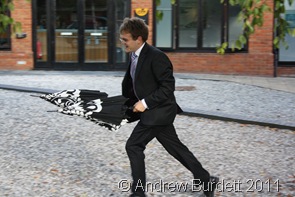 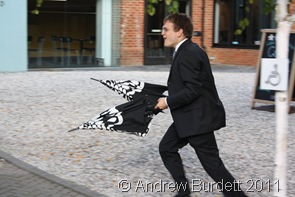 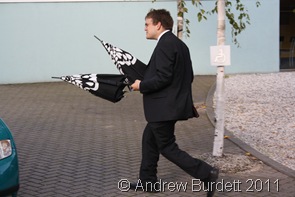 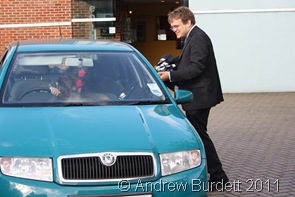 Back home, Mum and Dad set about opening the gifts they’d received from their extremely generous friends. Among a number of elegant vases and gorgeous flower-pots, particularly memorable presents range from a pair of pottery chickens to a carafe set; a family of stone fish to a bottle of wine; and a lovely fruit-bowl to a cake-stand. 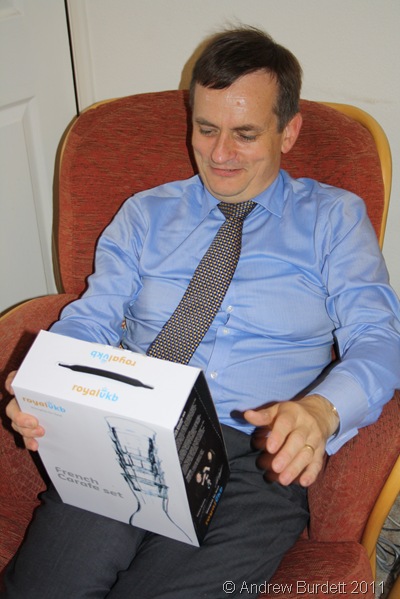 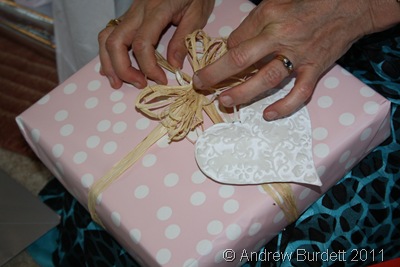 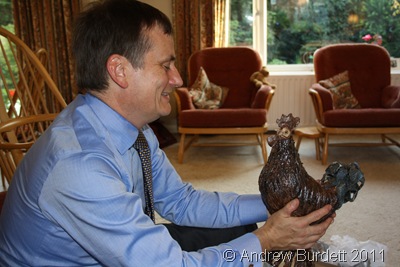 As a family, we’re extremely grateful to Norden Farm for providing us with such good hospitality, and to everybody who travelled from all corners of the country to share with us on Mum and Dad’s special day.