Due to internet connectivity problems, this post was posted after the advertised date and ‘backdated’. 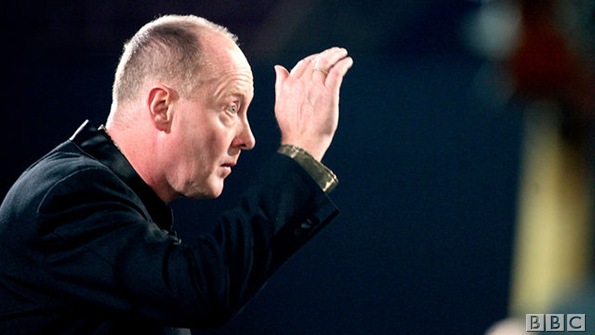 This evening, a choral project that I’ve been a part of since last September came to an end, though the real climax was a couple of days ago at the Royal Albert Hall. Taplow Youth Choir (something I’m very proud to be a member of) were given the opportunity to appear in the BBC Proms alongside other youth choirs from across the country, in a one-off performance of Mendelssohn’s Elijah. The 1846 oratorio was to be conducted by Paul McCreesh, starring two professional choirs (the Gabrielli Consort and the Wrocklaw Philharmonic) and a huge orchestra.

Throughout the year, we’d worked on a few of the sections from Elijah and even performed some of them on our highly successful tour of Catalonia. However, there was still a great deal still to learn, so towards the end of the summer term each participating choir had a few several-hour-long rehearsals with Mr McCreesh on its own. Finally, on Thursday (25 August), fresh from collecting my GCSE exam results, all six choirs arrived at the Watford Colosseum to begin the final rehearsals.

As the rehearsal pianist played the final bars of the overture, all of the 300 singers (mixed up with singers from other choirs) rose to sing the first chorus, Help, Lord!. The sound was fantastic: truly exciting and deafeningly loud. That said, other movements (such as Lord, Bow Thine Ear To Our Prayer) had a very different tone one that was much more controlled.

On Friday (26 August) we spent another day in Watford, though this time we rehearsed with the full orchestra, including the last remaining playable contrabass ophicleide in the world. The sound became yet more exciting with the violent strokes of the stings against the deep sound of the timpani drums.

Saturday (27 August) saw us moving in to the Royal Albert Hall, a building I haven’t been in for over half a decade. It was much smaller than I remembered, but then again, I’m much bigger! 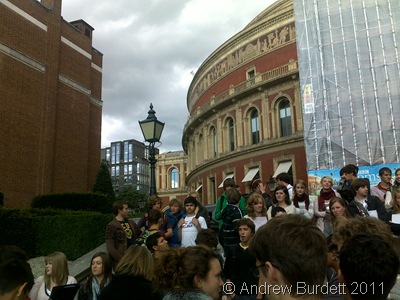 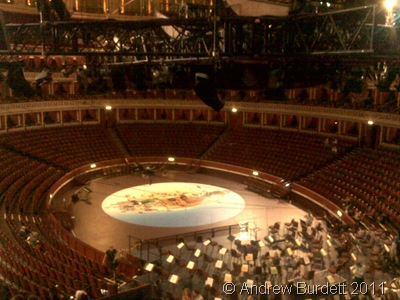 We only had about three hours in the space and used the time primarily to sort out seating issues. Obviously, with such a big orchestra and an even bigger choir, this took some time, but eventually we were ready to rehearse Act One.

Finally, on Sunday (28 August) morning, we set off once more for Kensington. Although the long rehearsals had, at times, been extremely tiring (indeed one or two had struggled to keep their eyes open), Saturday’s half-day meant that most had gained a good night’s sleep. Add to that the heightened sense of excitement, and adrenaline kicked in.

After the morning’s practice, we had a relaxing afternoon of free time in Kensington. I enjoyed a very filling Pizza Hut meal with a number of fellow choir members, before roaming the streets at will. Eventually, we headed for a pub, where we watched the Manchester United — Arsenal game, though much as I enjoyed the atmosphere, I couldn’t really have cared less who won. (Reporters later called it a "nail-biting" match, concluding with an 8-2 win for Man Utd.

"We were at a pub in Kensington, enjoying some football match, but now heading back to the @royalalberthall"

Once I’d got changed back at the RAH, I popped outside to meet my family who’d come up from Maidenhead to watch the performance. Sadly, their seats were right up ‘in the Gods’ and their view of my side of the stage was obstructed by a lighting rig. 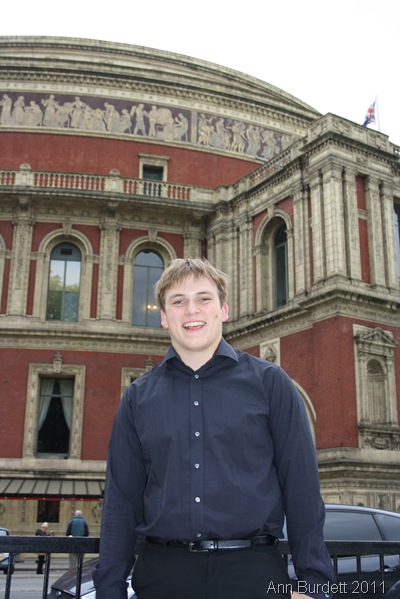 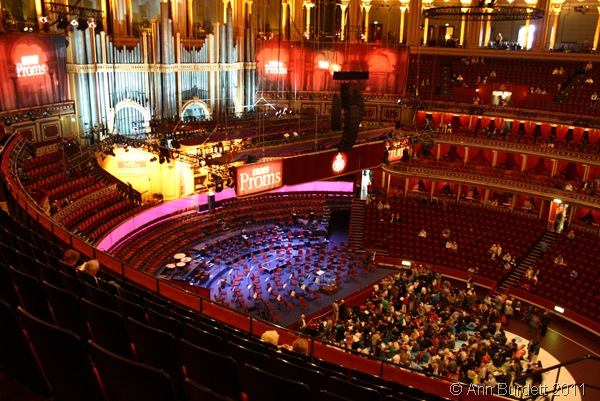 During the interval, I tweeted about how much I’d enjoyed the first half, though expressed some displeasure about my fellow singers "clapping themselves":

"Part One went brilliantly, except some chorus members clapping fellow performers. About to go back for Part Two of #Elijah @BBCProms"

After the last note of And Then Shall Your Light Break Forth faded away, the audience burst into rapturous applause, and the bows went on for some time. Sadly, this marked the end of the performance that we’d been working towards for so long. Sort of. 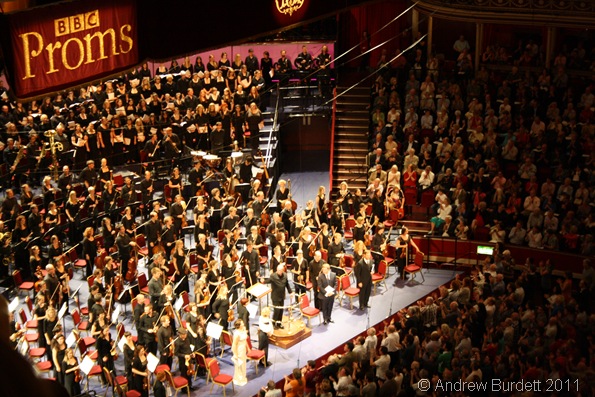 Because the live broadcast of the concert featured all of the coughs, sneezes, and clapping you’d expect from a live recording, we spent Monday (29 August) and today (Tuesday, 30 August) at the Watford Colosseum again to make a ‘studio version’.

The days seemed to drag on quite a bit, especially as we understandably had to stand for the majority of the time. In the end, there were about 250 ‘takes’, each averaging about three minutes. However, we’ll have to wait until the spring to hear how (or if) the recording has come out.

All in all though, despite my moaning, I thoroughly loved the project. I’m sincerely grateful to Gillian Dibden (Taplow Youth Choir’s director), the BBC, and Paul McCreesh for giving me such a unique experience, and teaching me (contrary to public belief) just how tough being a professional musician can be.

You can read reviews of our Prom at the below links: