NB: This edition of ‘Photo of the Week’ was posted after returning from the Jamboree. 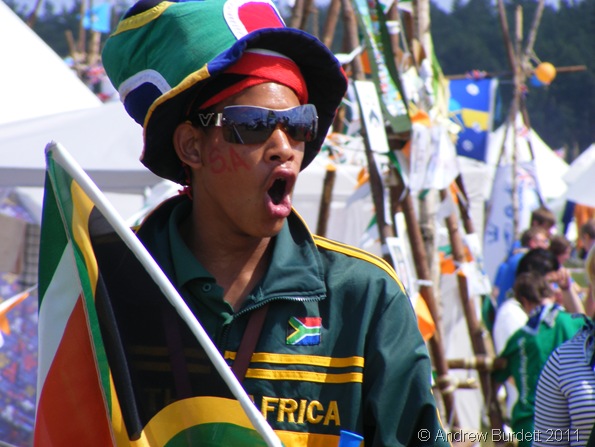 I don’t know the name of this guy. I don’t know his age. I don’t know how many siblings he’s got, what his relationship status is, or which (if any) religion he practises. What I do know is that, obviously, he’s South African, he was an attendee at the World Scout Jamboree 2011, and that consequently, he’s a Scout.

To read my full diary from my trip to Denmark, Sweden, and Finland (which was published in late August 2011) click here.