Although no formal activities had been scheduled for anybody on-site, there was still much to do ahead of the afternoon’s Festival of Culture. The event was designed to encourage Scouts to learn about the way of life of their foreign cousins, whilst displaying a sample of their own lives for people to come and visit.

ITALIANS DO IT BEST: Pasta, painted in Italian flag colours, on display at the Cultural Festival.

We’d decided to go with the theme of royalty, so two thrones were erected out of pioneering poles and sisal, which guests to our site could sit upon in red robes, and pose for a photograph as the King or Queen of England. This was just next to a castle (representing Windsor Castle), made out of the sand I’d excavated whilst digging in the paddling pool, which itself, after adding some oragami boats, symbolised Dorney Lake. More symbols of Windsor included Lego bricks, crafted from lunchboxes, and the Long Walk. We were also offering punters a day at the races, where they had to unwind a long chord in order to bring the wooden horses closer to them. 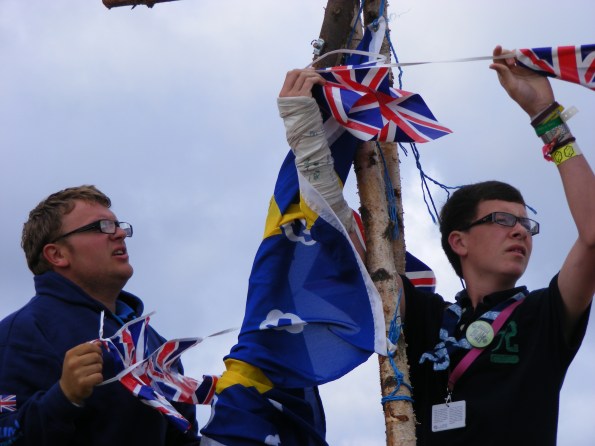 HANGING OUT THE BUNTING: Andrew Mott and David Sharman put up some patriotic touches to our site. 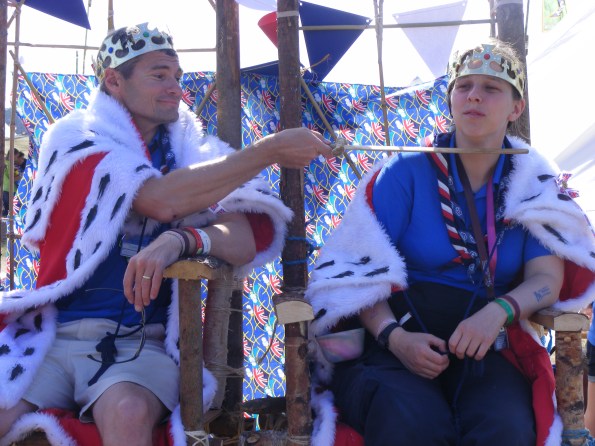 A BRUSH WITH ROYALTY: Unit leaders Simon and Kathryn try out the pioneering-pole thrones.

At 1:00pm, South Africans blew vuvuzelas to begin the three-hour session of browsing.

There was a great deal of food on offer, which quite literally offered a taste of foreign life (we were passing off Asda oxtail packet soup as Brown Windsor soup). I especially enjoyed trying Italian spaghetti bolognese, German pancakes, and Welsh cakes, made by the people who do them best. 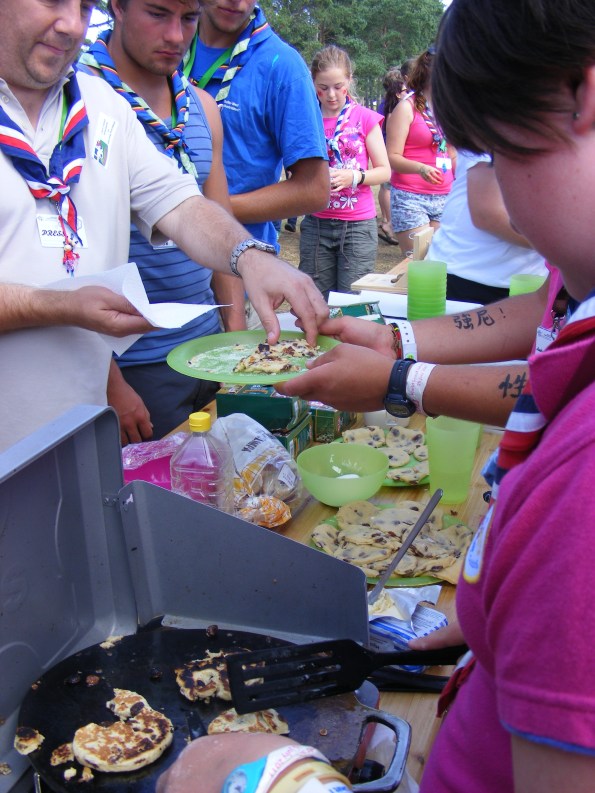 THE WELSH WAY: Welshcakes being prepared and served by the Welsh.

Other activities on offer included the painting of Irish flags on faces and arms. IRISH PAINT: An Irish leprechaun paints an Irish flag on a youngster's arm.

Without meaning to sound immodest, I genuinely think that we had the best range of things to try out and do. My only criticism of the way the event was run is the short window in which we got to explore. I’d have loved at least another hour, just to gain a greater sense of the lifestyles of my brothers and sisters in Scouting.

The event closed with a large gathering in front of the main stage, with not just the thousands of participants, but also the Camp-in-Camp/Hike-in-Camp hosts. We had a much better view of the action than at the Opening Ceremony, and as the sun went down behind us, the brilliant Swedish rapper Timbuktu entertained us, before Hoffmaestro took over the stage. 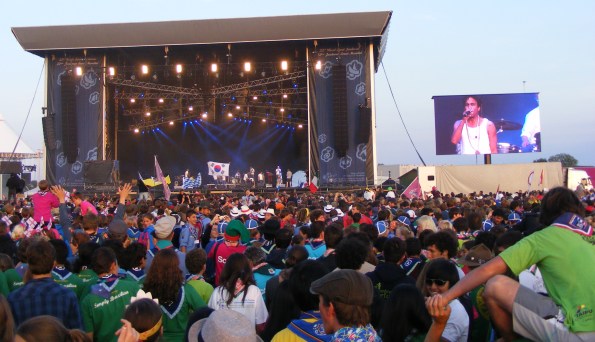 TAKE THE MIC: Timbuktu takes the main stage, entertaining the crowd of thousands. 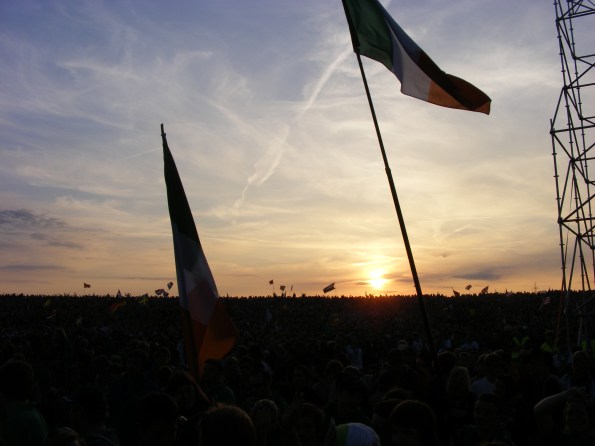 FLYING THE FLAG: Crowds fly their countries' flags, as the Cultural Festival comes to an end.