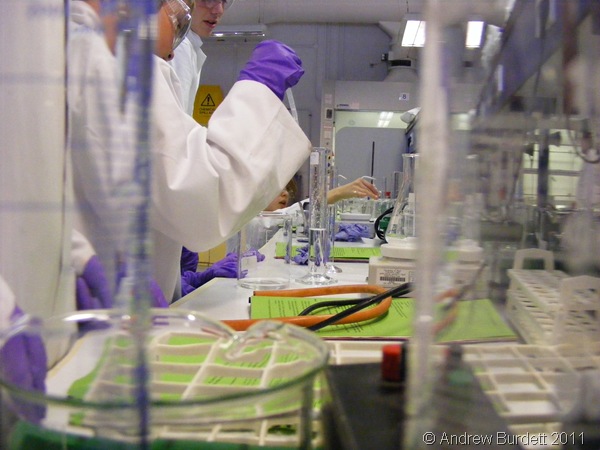 Due to the privilege that was attending the Salters’ Chemistry Camp in the facilities of the University of Bath, the event certainly earned the right to be represented in this week’s edition of Photo of the Week. (Also, as it was a three-day event, it was really the only thing I did this week of particular notability.) This photo was picked above all of the 77 others because I like the framing of it; whilst I’m no photography expert, I do know that it follows the so-called ‘rule of thirds’ – Pyrex test tubes are on either side of the photo, general scientific clutter at the bottom, students’ faces and gloved hands at the top, and the focus of the photo lies on the centre, the test-tubes being experimented with.

You can read my full recount from my trip to Bath earlier this week here.