Note: Rollover the pictures for captions.

It seems that the fundraising committee at St Luke’s, Maidenhead yet again chose the right day for this year’s summer fair, as the annual event unfolded under beautiful sunshine in the vicarage garden between 11:00am and 3:00pm today.

Jake and I arrived at 9:45am to begin setting up the sound system, with just enough time to lay out the cable for the loudspeakers before the garden became to crowded with stall-holders. 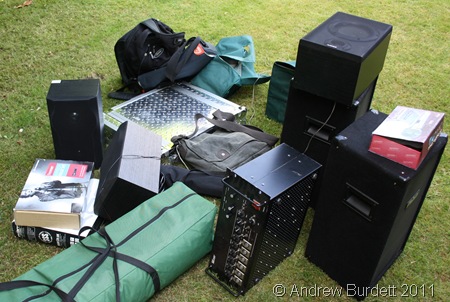 We’d managed to rustle up just enough XLR lead to have a wired microphone out at the front like previous years, but in reality most of the trolley-pushing early revellers had already made their way onto the drive by 10:59am. Without the heart to ask them to go back, the opening of the fair happened at the side of the garden, with Lily (Sally‘s spaniel) making the inaugural footprint on the other side of the cord. 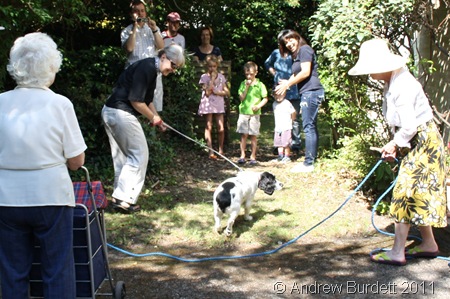 There was, as usual, a great range of things on offer: from a community support stall and the bottle-tombola, to the plant and bric-a-brac stands, it all seemed to keep the crowds entertained. 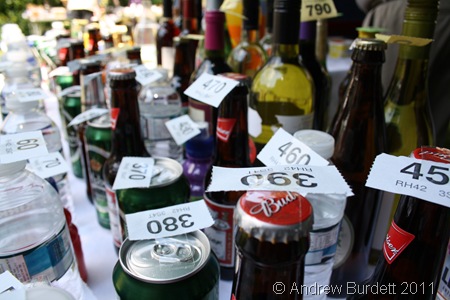 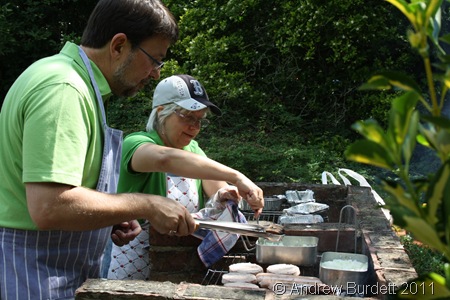 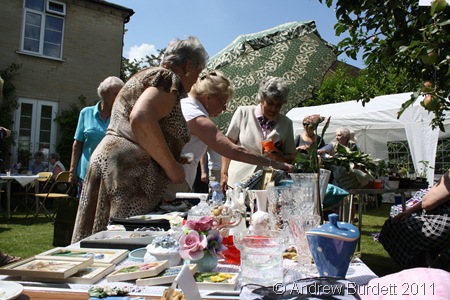 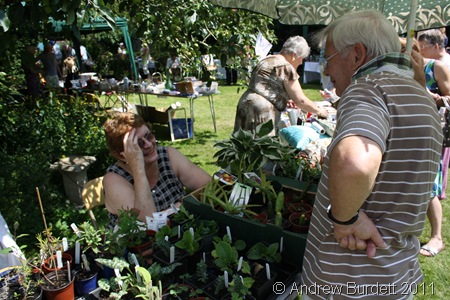 The PA system worked flawlessly with just one exception (which wasn’t our fault anyway). Just before the brilliant Monica Larose dance presentation, we’d been given a cue-sheet with the names and track numbers of each of the backing songs that the dancers were using. However, the running order had regularly changed, so the girls in the ‘arena’ were not the girls who were meant to be dancing to the second song we played. Ms Larose was quick, however, to smoothly get the right group on, and they started again. 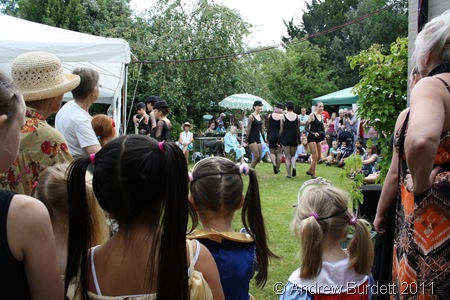 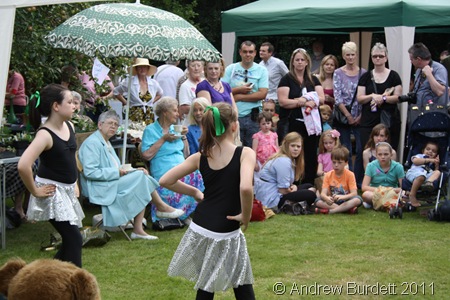 When hunger struck, there were fairy-cakes for sale from the tea gazebo, burgers available from the Baughans’ barbecue, and ploughman’s lunches on offer from Fran Hornby. 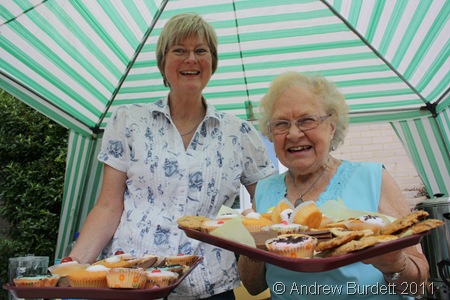 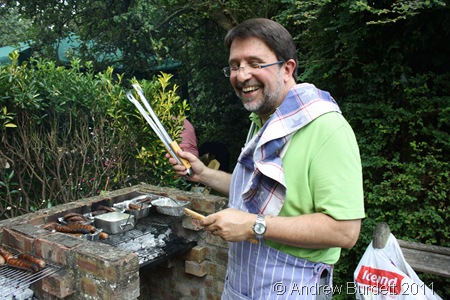 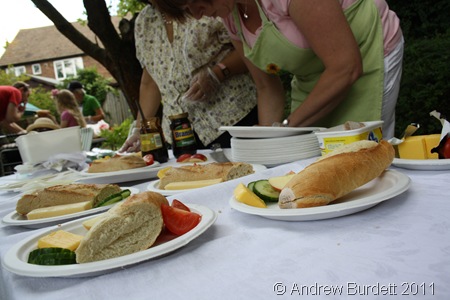 Face-painting proved even more popular than last year, and many of the fun-loving people of St Luke’s paid to be canvases for the artistic skills of Ruth Baughan and Serena Tajima. This included Sally, who went for a star design, and Rachel Beaumont who had flowers painted on her face. 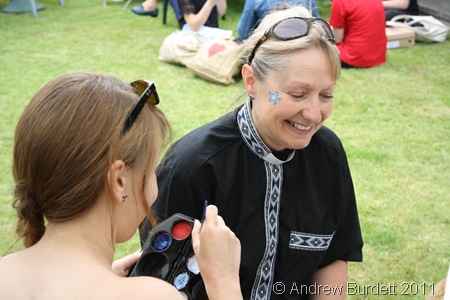 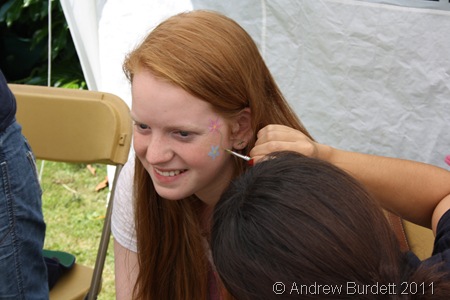 One lady who didn’t need her face painting was bearing the bruises from a fall in the town centre earlier this week. Remarkably cheerful, she quipped, “I think they should put me in a gazebo and form a line of the paying public to see my face!” I was really pleased that my friend Phil Bray came for a short “flying visit”. I first spied him whilst walking around with my radio microphone, speaking briefly to sellers and punters alike, as he reports in his blog:

“During the afternoon we had a brief trip around the corner to St Luke’s Church where their summer fair was in full swing in the vicarage garden.  We were only there for a short time, but it was good to see Andrew Burdett again, striding around with microphone in hand, providing a constant stream of commentary in his own inimitable style.” 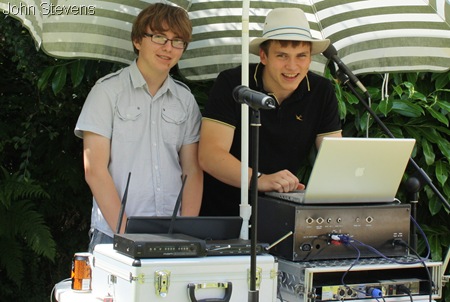 The afternoon was finished by enjoying a pancake, with multiple fillings, prepared by Jennie Bartholomew. 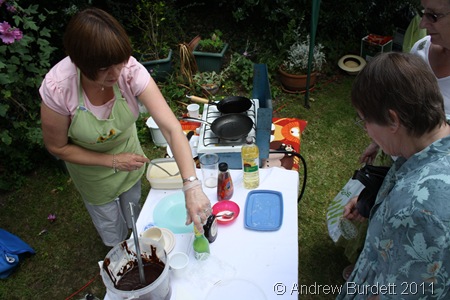 However, although primarily an opportunity to get money, it’s the ‘fun’ that goes into ‘fundraising’ that’s important. I can say without hesitation that everybody at the fair today enjoyed themselves, whilst helping raise an astonishing figure for the church accounts.