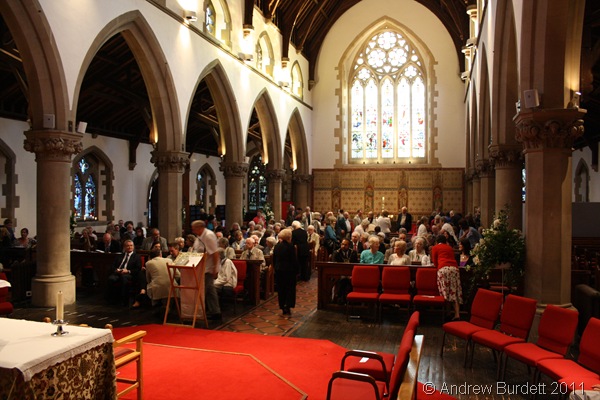 Given the importance of Revd Sally Lynch’s induction as vicar of St Luke’s on Tuesday, it seemed certain that, despite my DofE Bronze expedition taking place this weekend just gone, it would be a photo from St Luke’s that would feature this week.

The question then began. ‘But which?’ I pondered. Much as I appreciate the pomp of this shot from the porch, I much prefer the one I’ve gone for. The colours are warmer. It’s more informal. The many chairs surrounding the nave are still warm from the buttocks of various members of the church hierarchy. Best of all, it was minutes after the induction service closed; with the sun setting outside, a new dawn was already breaking on St Luke’s – a new phase in its history, as its first female vicar was licensed and installed.