This weekend, my friends and I completed the expedition element of our DofE Bronze Award, by canoeing down the Thames from Lechlade to Eynsham Lock.

We met at the ghastly time of 6:30am, at the same place as we’d congregated for the practice Bronze Award expedition (the public toilets at the cemetery). As we began to pack our kit away into the supplied dry-bags, I asked my fried Jake Smith for a copy of the route-card that we’d prepared earlier this month. “Oh,” came the cautious reply, “I emailed them to you as I don’t have a working printer.” Fortunately, my father hadn’t yet driven off, so we raced back to my house to do a few copies. Jake had indeed emailed them to me, but at the time of 11:49pm the previous day. Whilst I am well-known for going to bed at times often well past this, I don’t tend to keep clicking the ‘Send/Receive’ button much after 10:30pm. Anyway, we were soon driving back down the Braywick Road, and by the time I arrived at the meeting-place, the others were just beginning to load the canoes up onto the minibus’ trailer.

Like in the practice expedition, we had to stop by at Hurley, where the Borough’s Outdoor Education Project (OEP) stores its supply of buoyancy aids and paddles. After collecting the last bits of kit, it was back into the minibus and off to St John’s Lock in Lechlade, where we would start our paddle. The leaders helped us get the canoes off the trailer and onto the water. Although a few minutes later than scheduled (as a result of the delay in the gathering of the route-cards), we were, at last, ready to begin our expedition.

Although very grey overhead, the countryside on either side of the meandering river was very picturesque. During our day of paddling, we saw several fields of sheep and cows; such were the similarities in appearance between the many fields, that I even managed to convince a few of my fellow DofE-ers that we’d just done a big circle. Ash (the same girl who, during the practice expedition, announced “Ah, this is Boulter’s Lock” as we reached Maidenhead Bridge, minutes after passing through the lock in question) fell completely for the trick, which made for some merciless teasing over the rest of the trip.

We stopped for lunch at the side of the river, where Huw Whitworth, one of my comrades and a keen sailor, tied up the boats to a tree on the bank. We even had company in the form of some ducks and geese, though they were less friendly to us than we were to them – in spite of our kind offer of couscous and chocolate mini-rolls, they merely spat at us. As Huw untied us after a shorter-than-scheduled lunch break (the time cut was a bid to make up the time we’d lost at the start), he almost fell in. This is because the boat naturally started leaning away from the bank, which made for some rather amusing footage for my DofE video. 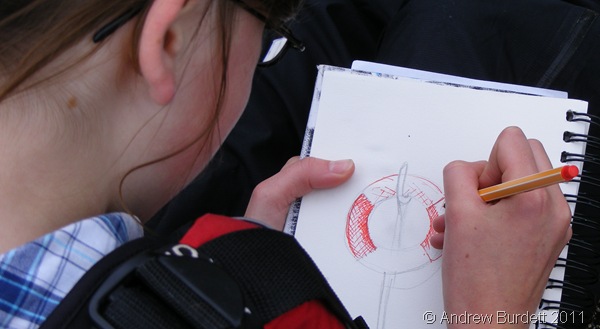 I should explain at this point that when one does any level of Duke of Edinburgh Award, part of the passing of their expedition is conditional to the assessor seeing a decent ‘project’, created as part of the ‘expedition aim‘. This project can be in any form – people often choose to photograph wildlife along their travels, or to make a mood board of the trip. I’d chosen to do something different, by deciding to make a video of the trip. Jake had a similar idea, but in the end he settled on making a music video. His choice of the S Club 7 song Reach was in fact the result of an argument on the practice trip. During the weekend, our team couldn’t remember whether the lyric was “Reach for the stars”, or “Reach for the sky” (to rhyme with “Climb every mountain high”). The choice of the upbeat song therefore seemed appropriate. My video was to take have a more chronological feel, not quite a documentary but certainly charting our progress. So, whilst Jake filmed our peers jumping up and down on boats (and worryingly close to sinking them), I recorded every aspect of the expedition, from arriving in the morning of Saturday to leaving on the Sunday evening. Meanwhile, other group members were drawing scenes in sketchbooks, for their own projects. 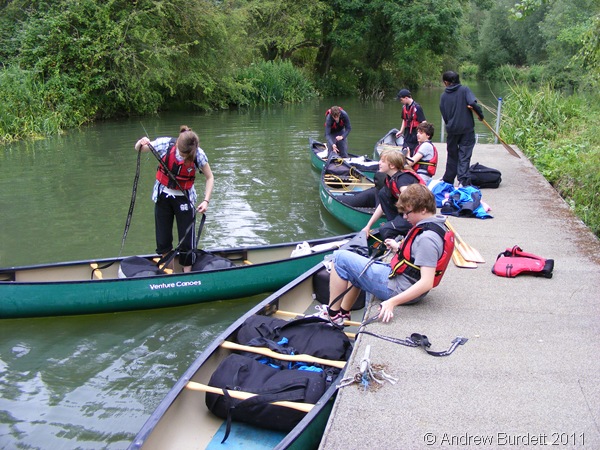 Just before 6:00pm, a few minutes ahead of schedule, we arrived at Shifford Lock where we’d be spending the night. First, we got the boats off the river and onto the jetty. Next, we pitched our tents in a circle so that, when we started cooking, it would make a much more friendly atmosphere as we’d all be able to see each other. Jake and I, who were sharing Trangias, didn’t get off to the best start when Jake spilled a considerable amount of fuel about his person. Meanwhile, Jack and Ash accidentally split their bag of pasta, but thankfully they managed to tidy up the resulting mess just before the assessor came to check up on our progress!

After clearing away the various pots and pans, the other members of the group congregated in one of the tents and chatted. I, however, was keen to do a little bit of revision for my exam on Tuesday morning, so did a past-paper in my tent. Eventually, after completing the workload I’d set myself, I dozed off after a good day’s paddling. 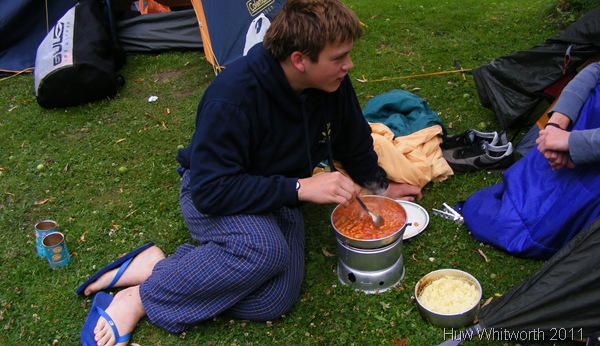 Once we awoke, we took it in turns to use the pitifully terrible shower, whilst the others started on breakfast. I had a couple of those mixed tins of baked beans and pre-cooked, heavily-processed sausages, so whacked them into the pan on top of the Trangia and got cooking. After our delicious breakfasts, the time came to wash up the utensils we’d used. This was an especially unfortunate for Huw who – by some hideous piece of manipulation – had agreed to do Joe’s washing-up. This in itself wasn’t actually too bad (after all, so much of any DofE expedition is about working as a team, rather than a collection of eight individuals). The problem, though, was that Joe’s washing-up included an especially stubborn pan of barely-eaten couscous from the night before which, as a result of being left outside overnight, was made yet more tenacious. Eventually, Huw resorted to using a fork and sawing the stains out in a perfect circle – revealing, much to everybody’s great surprise and amusement, a relatively intact stock cube that had not been dissolved.

By 9:15am, we’d pulled out the tent pegs, loaded up the canoes, and put the boats out on the water. Crucially, we’d also layered ourselves in sun-cream, anticipating a hot, bright day’s paddling. We began to feel sorry for our sister DofE group, who (like the majority of groups across the country) were walking, and faced a punishing day with their bedrooms and kitchens on their backs. 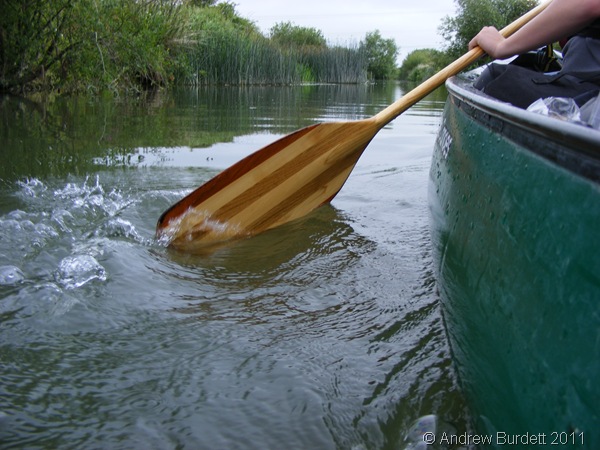 Given the beautiful weather, coupled with the fact it was the last weekend in June, we were surprised to see so few other boats amid our travels. Admittedly, the narrow section we were on is full of meanders, but even still, it is classed as the first navigable stretch of the Thames. 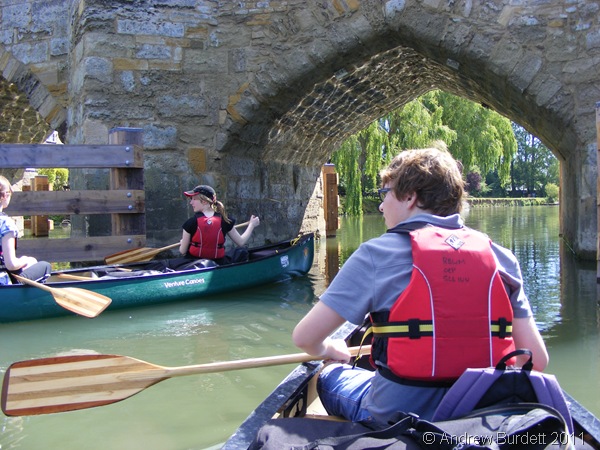 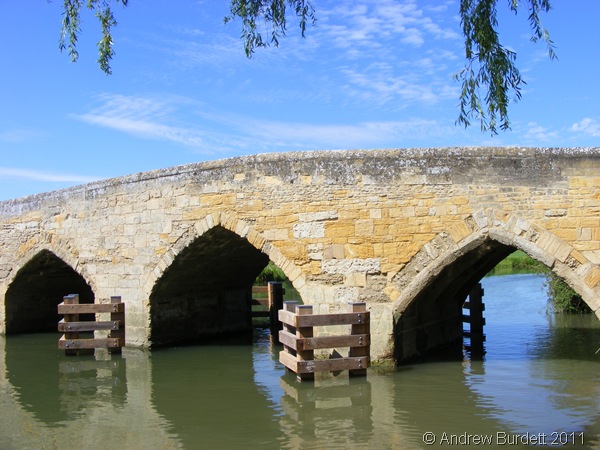 The spot we’d designated for lunch turned out to have little space for mooring up. However, after speaking sweetly to a lock-keeper, we were kindly permitted us to moor up around the back of his island. The plan was that we’d then jump onto the bank and enjoy whatever food we still had remaining in the delightful setting of his garden. As I was the closest to the bank, I got off the canoe first, and then helped my friends onshore too. It proved lucky that I was there when Jack misjudged the distance and came very close to falling in – bringing with him his “pad of happiness and joy”, containing some cartoon scenes he’d spent hours drawing over the weekend. Fortunately, my tight grip saved all but his leg from getting wet. 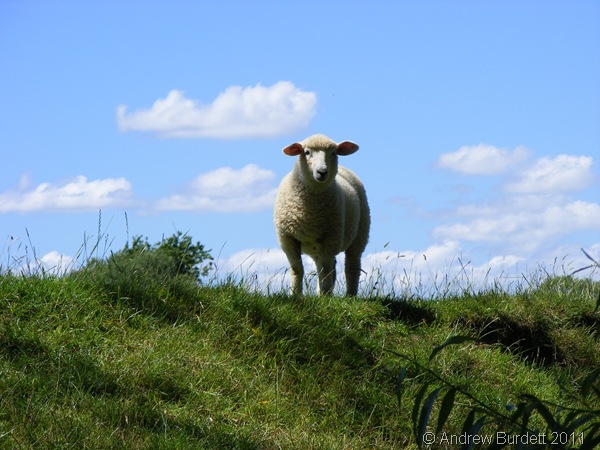 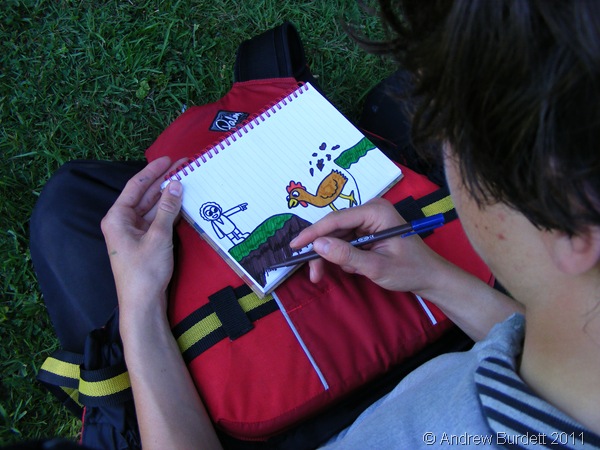 The last leg of our expedition saw us passing fields of sheep, paddling quiet waters, and taking a refreshing dip in the river to cool ourselves down from the scorching sun. We took a final break at another lock, where a lock-keeper’s friendly chicken became the subject of another of Jack’s cartoons, before pressing on to the end-point – Eynsham Lock.

Despite quarrels along the way (and indeed before we’d even set off), we’d enjoyed a splendid weekend on the water, in glorious sunshine and with good company.