With just five days to go until the induction of the Revd Sally Lynch as vicar of St Luke’s, several members of the congregation spent the evening at church, rehearsing for Tuesday night’s service. This included me, with my role being to act as a representative of the youth church activities (most notably the Sparklers discussion group), standing alongside both a Sunday Club leader and a 9-year-old regular attendee.

One by one, we each rehearsed our little bit, making sure we knew where to be, when. I’m pleased that my reserved seat (in order to get me access to the font for that part of the service) is at the back of the building: I’m hoping to be able to take at least one decent photo for the next edition of InSpire, so an unobtrusive vantage point will be good. (On the subject of InSpire, there’s an exclusive open-letter on Pages 4 and 5 of the current issue, which you can read in full here.) 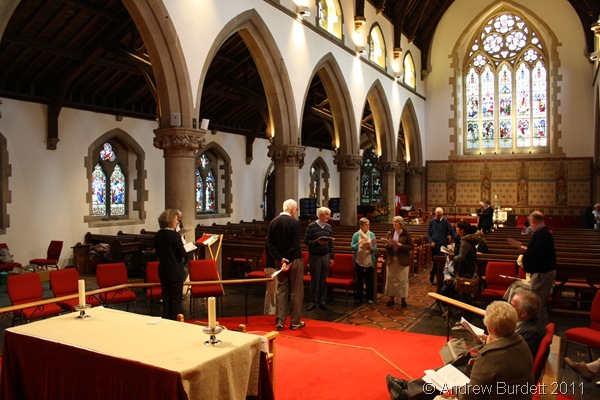 The rehearsal passed relatively quickly, and lasted just over an hour. I was on hand to inform Jeremy (the area dean) which radio microphones would be available.

We closed with a prayer, and then all headed off. Just as we were leaving church, Matthew (my brother) saw a rainbow in the murky skies overhead, appearing to be be originating from just behind the tower. Somebody joked that it was a sure-sign that the Lord was with us; a way of Amen-ing the prayer we’d just said! 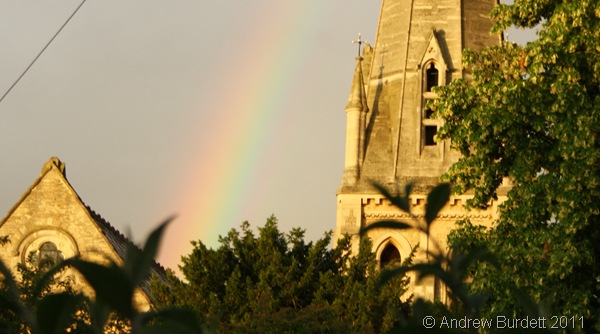