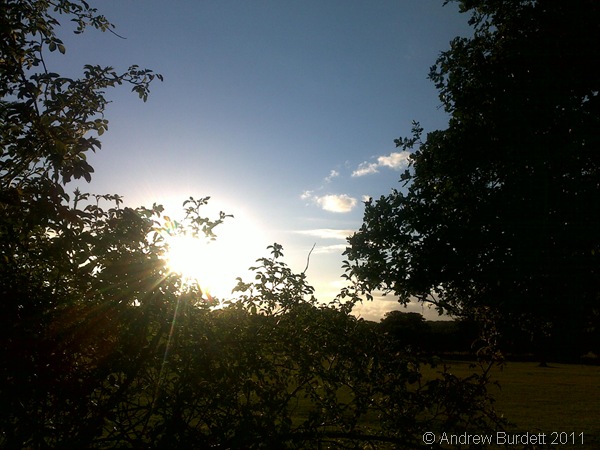 Once again, I’m sorry. It’s another sunset. And yes, it was taken on my phone so there’s some horrible lens flare. But this was the week that was the week when Defra and the Environment Agency called a drought in East Anglia, whilst rain fell on Carnival-goers in Maidenhead.

I’d actually weighed up this week featuring a picture I took at the Carnival – but none of the ones I took stood out particularly well. Although there’s some great shots of my 60 seconds on the main stage, taken by Natalie Hills and my mother, the rule is that I have to have taken the photo myself. And, despite taking a picture of Ryan Tomlinson face-painting just before the show, I’ve always tried not to run a picture of just one single face.

So instead I’ve moved away from the idea of the Carnival altogether because, sadly, the rain kept me away from most of the rest of it, and instead trawled my phone.

This photo I took whilst helping at Cubs (just like 15 May’s), looking out over the fields in Cookham surrounding my group’s very own campsite.