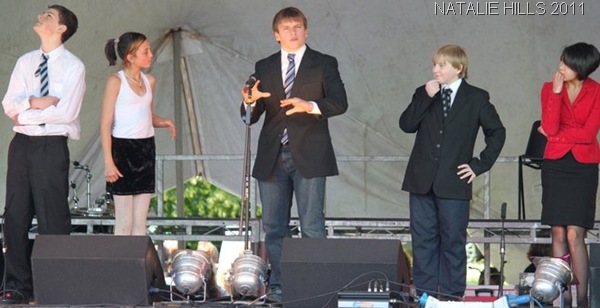 When I first found out that Norden Lights, the organisation which provides drama classes at Norden Farm, had been allocated a one-hour slot on the main stage for this year’s Maidenhead Carnival, I couldn’t wait to find out how artistic director Dave Farey was going to organise over 100 children into one performance.

In fact, he split it up into several, small sections, with each group preparing a single five-minute piece, each on the theme of a different insect. For my group, the theme was spiders, so collectively we had the idea of looking at spiders throughout the last thousand years. Knowing that so many people are afraid of them, we decided to ‘frame’ them into some well-known historical events (such as the Battle of Hastings and the sinking of the Titanic), and praise them for others (like the naming of the ‘web‘).

Each scene was only to last about 30 seconds, tied together with two characters arguing about their opposing views on the eight-legged creatures. My role was as a narrator for the staging of Little Miss Muffett (the popular children’s nursery rhyme) and as a board chairman for the ‘naming committee’ of the internet.

Last week, we had a dress rehearsal, before descending on Kidwells Park at noon today. Although my costume was simple (a suit and tie), some people were actual spiders and in addition to their fiddly costumes, had to be make-up-ed too.

By the time I turned up, my friend Dan had already applied his face-paint, though was rightly concerned that he’d be labelled racist given the obvious comparability to the practice of blackface. 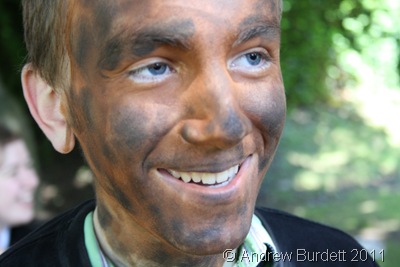 It was brilliant to see some of the other characters from different five-minute sections, just as they were getting ready to go on. My Year 8 friend Jonathan Stone (who’s also in the Taplow Youth Choir, and a member of a choir I help run at school) looked brilliant in his bee costume, as did fellow Year 8 Dean Joseph . 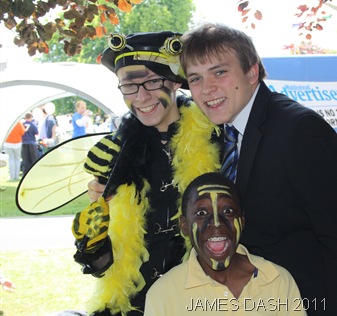 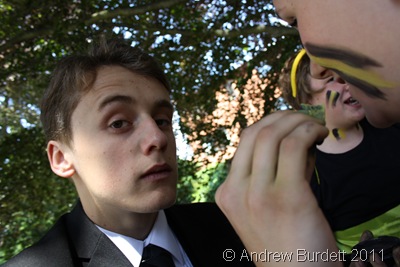 At 1:05pm, following ‘The Great Bee-scape’ performance (a take-off of the 1963 war film), it was our turn to go on. It went really well, and the large crowd seemed to enjoy the gags. All too soon, though, it was over (I was only on for a total of 60 seconds), but it was a great thing to be a part of. 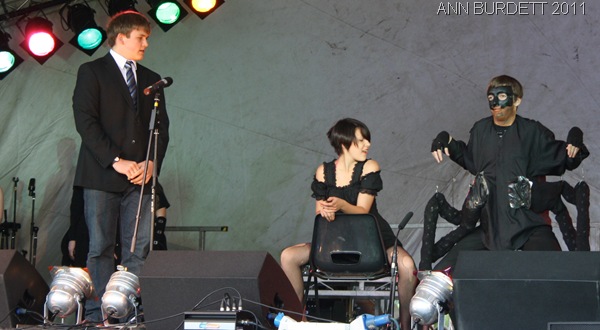 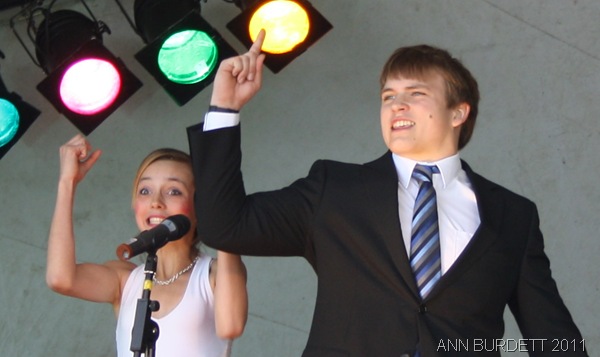 With the weather still fine, I was free to explore the rest of the carnival site. I even bumped into Phil Bray, and brothers Brian and Robert Sparks at the Parkside Christian Fellowship stand.

As I had to get to Taplow Youth Choir, I had to get off quite quickly, but I enjoyed the fireworks tonight – albeit virtually, by means of a few tweets from #MaidenheadCarnival!