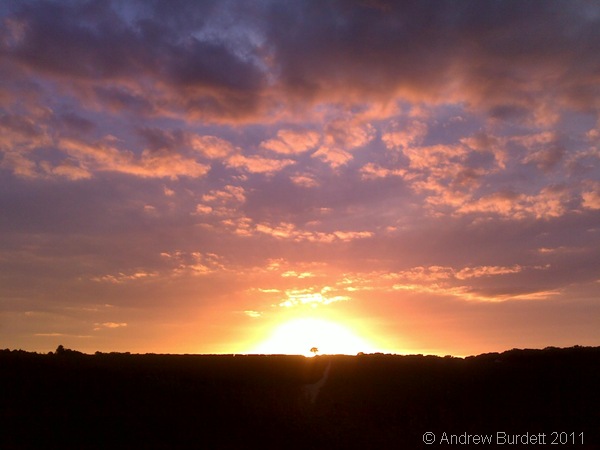 Yes, I admit it: I’m a sucker for sunsets. But they’re gorgeous, aren’t they? There’s nothing like watching the day end, tracing the sun until it disappears behind the silhouetted horizon. This particular one was seen on Wednesday evening, as I cycled back from Cookham after helping the Cub Group who meet there. I took it on my phone’s mere 3.2MP ‘pinhole’ camera, so I was worried as to how well it’d come out. But actually, it’s not too bad for an ‘in the right place, at the right time’ kind of snap.