I was delighted when I heard that David Farey and Catherine Lambert (artistic directors at Troublemaker Theatre Company’s youth drama classes) were performing together on Norden Farm’s main Courtyard Theatre stage for the first time in more than five years. Later that day, I bagged myself a front-row seat and headed to the Maidenhead arts centre to enjoy the show.

Walking into the theatre, I rapidly became aware of the age of my fellow theatre-goers; the majority were at least five years my junior (and those that weren’t were their parents). Marketed as an “introduction to Shakespeare”, the show is aimed at younger audiences – a hard age group to target with work of the Bard. In today’s society, no matter how enthusiastic the English teacher, children are naturally seduced into thinking that all of Shakespeare’s work is written in a strange language and is therefore all ‘rubbish’. It’s not rubbish, it’s inaccessible. And it’s in making it accessible to 21st-Century children that Bottom’s Best Bits excels.

The play starts with Bottom and his acting troupe being booed off the set of Pyramis and Thisbe, their show-within-a-show during Shakespeare’s A Midsummer Night’s Dream. The basic and easy-to-follow plot evolves around the amateur actors attempting more of our favourite playwright’s work. 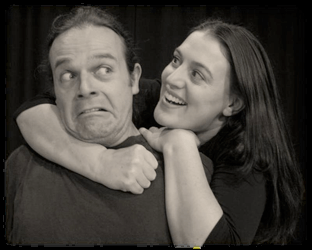 Cleverly, Bottom’s Best Bits uses slapstick comedy to accompany the elements of original script that are taken from the likes of Romeo and Juliet, Hamlet, and Macbeth, meaning that even if the younger members of the audience don’t understand the words, they definitely enjoy the acting.

There are some really lovely moments in it, and I particularly enjoyed the sequence where Bottom goes to “seek his revenge”. The only fault I found with the show was that there was perhaps a little too much silliness, but maybe that’s just me being cynical of something that the children were finding genuinely funny. As a quirky introduction to the works of the best playwright in town, it’s a must-see for primary school children across the country.