Hello! I’ve just got in from the Taplow Youth Choir tour of Catalonia, and what a time we’ve had! We’ve stood in chewing gum, broken the automatic doors at the Spanish Robert Dyas, and posed for photographs with staff at one of Spain’s best theme-parks. We’ve also performed at prestigious venues, bending ancient customs of Catholicism during Lent, and – as a choir – bonded both musically and socially.

Over the coming days, I’ll post a full diary of my trip, along with a gallery of photos. But before that, I’ve got to sort them – all 1,000 of the things. Because I used four effective cameras (each with different timestamps attached in the metadata of their files), it makes the whole task a lot harder. However, it’s not impossible, and will be beneficial in the long-run. 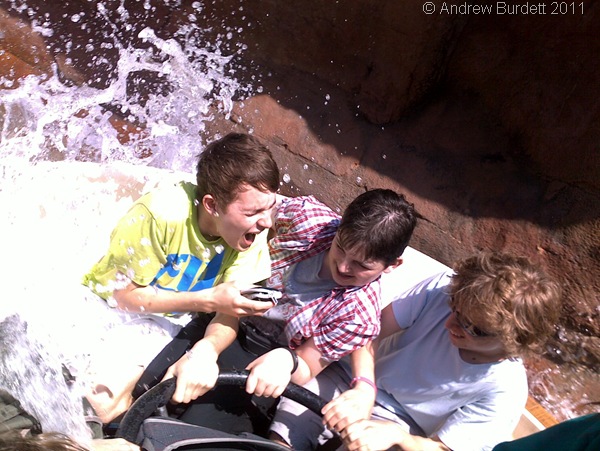 Splash Down: Jay Brickell, Josh Raffles, and Ben de Souza get a soaking on the Grand Canyon Rapids ride, during Wednesday’s theme-park visit.