In May 2010, Harriet (my sister) joined a group of walkers from St Luke’s – known affectionately as ‘The Crinklies’ – as they rambled through Oxfordshire. Today, I joined the same group, as they trekked around Box Hill in Surrey. 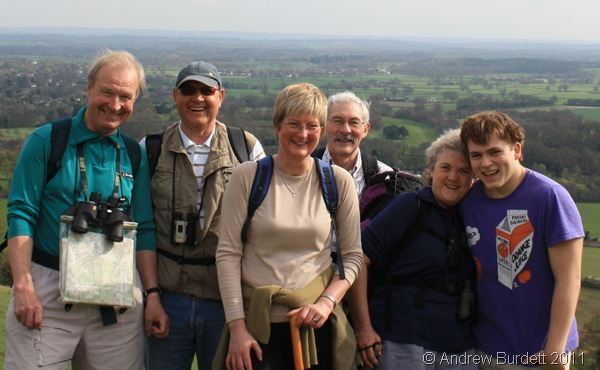 We met at church at 10:30am, and shared cars to get to the start of the walk. The land, as the name suggests, was incredibly hilly. Consequently, over a total of five hours of walking, we covered just eight miles. Having said that, we crossed rivers, a railway, and a dangerously busy road.

There was one section of the walk where we had to cross the River Mole using concrete stepping stones. Lin Luff was genuinely apprehensive about making the crossing, but – by holding onto the hand of her husband, Don – she eventually made it across. We stopped on the banks of the water for a packed lunch, before pressing on with the rest of the walk. 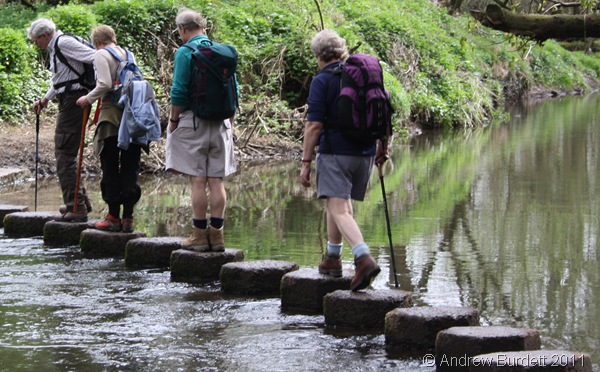 We then climbed Box Hill, where we met some breathless students. They’d been running up and down the steep path all afternoon, training for a charity run this summer from London to Rome. We were interested to learn that they were doing it for Water Aid – the Sparklers’ chosen charity for 2011. We wished them the best of luck, and continued. 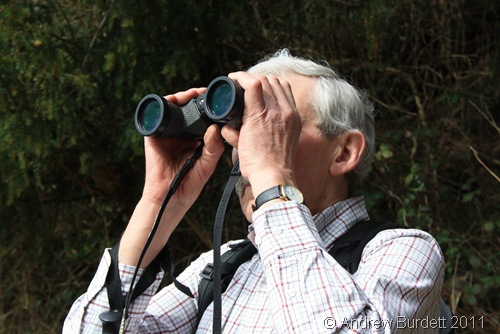 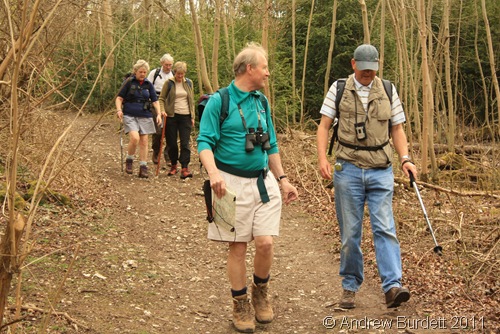 As our walk neared the end, we collectively decided to visit a pub for dinner when we got back home in Maidenhead. It was lovely to have a break in the learning of my GCSE German writing task, and great to chat to members of the St Luke’s congregation outside of the walls of the church. My thanks of course to Roger for organising the route, and my fellow walkers for their company. 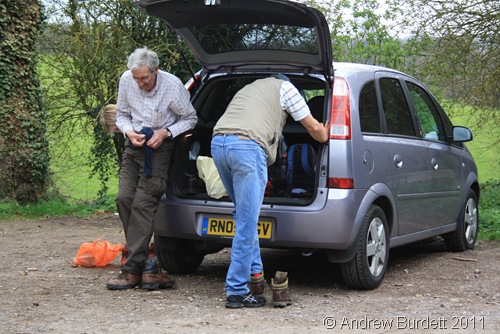