Just one month ago, I wrote a blog that looked back over the life and times of the box in the corner of our living rooms, and questioned what may be in store for our TVs of the future.

Today, I watched the first UK television programme to be broadcast in 360 degrees – Blue Peter. I’d heard about the online experiment after a post on the BBC Ariel website. A brilliant idea, I thought, but I was uncertain of just how well it’d work; surely too many excited viewers could crash even the BBC’s servers, if they attempted to serve up too much data?

But my doubts were unfounded and the stream kept up. If anything, though, my sloppy internet connection was to blame for the few moments of buffering.

The programme gave younger viewers a fascinating insight into the workings of a live television studio and – despite having been in TV studios as they’re going out – I too enjoyed watching the dolly cameras fly around the set of the world’s most famous children’s programme.

“Children are now very familiar with 3D, so we’re going to give them a whole new technology experience: television in 360 degrees. They’ll get to see every nook and cranny of our famous studio.

If only the technology had been around when Lulu the elephant appeared on the show in 1969!”

Haven’t We Seen This All Before?

No. Well, you may have done if you live in the States, but this is the first time it’s been used on a live programme in the UK. However, IPIX “virtual tours” of BBC studios have been available for a long time, and you can still access some from the BBC Studios and Post Production website.

And the technology? 360 degree boffins yellowBird used one of their special cameras to provide the stream to the Blue Peter website. It works just like a Google Street View truck, with a box housing six cameras (five looking outwards and another looking up) mounted on top of a tripod. The device’s built-in software then stitches all of the inputs together, giving the web user a image they can pan around. 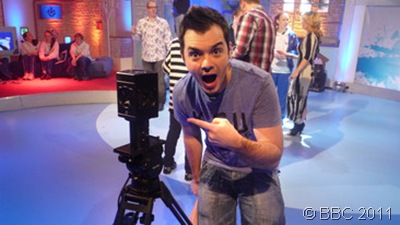 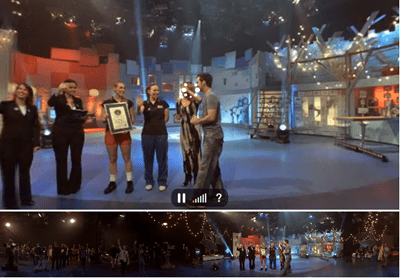 One thing we can be certain of is that, when the May 1999 episode featured in the below clip of Blue Peter was broadcast for the first time, they could never have expected the technology to be in place for today’s experiment.

You can watch the episode of Blue Peter here, on the BBC’s iPlayer (available at least seven days following broadcast), or click here to experience it in 360 degrees.