This evening, the Cub group that I help at on a weekly basis took a trip to the Maidenhead Fire Station.

We congregated outside the Bridge Road fire station at 6:30pm, and as the Cubs waited to be let in, they played ‘It’ on the moor. It wasn’t long until we were invited to enter, and we began by being given a quick tour of the station. I was surprised to see that – despite working so hard – the dormitory’s beds (in which the on-duty crew sleep between 1:00am and 7:00am) look horribly uncomfortable. A fireman later explained that this is because they don’t ‘sleep’, but just ‘rest’.

I was also interested to learn that over the entire year, the fire station and its four ‘watch’ crews are called out roughly 1,000 times.

The Cubs all enjoyed it, and certainly learned from the educational, fire safety elements of the talk. All in all, it was a highly successful trip. My only disappointment was that we didn’t get a go on the fire hose in our one hour session, but the crew were great all the same and patient and willing to answer the Cubs’ endless supply of questions! 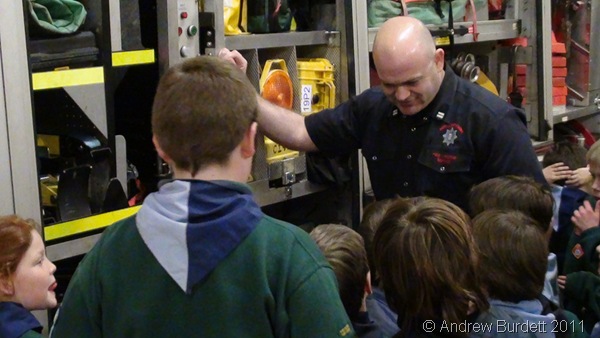 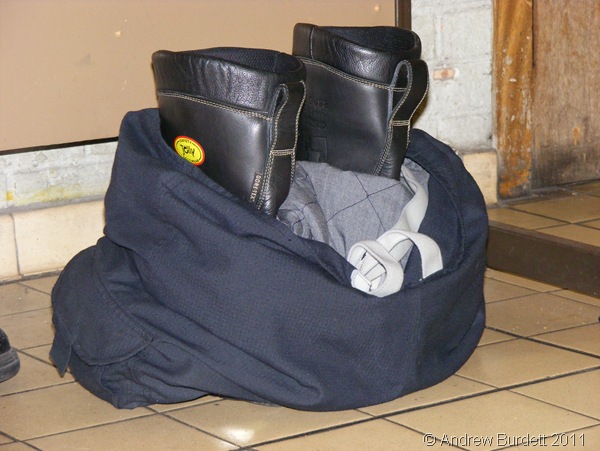 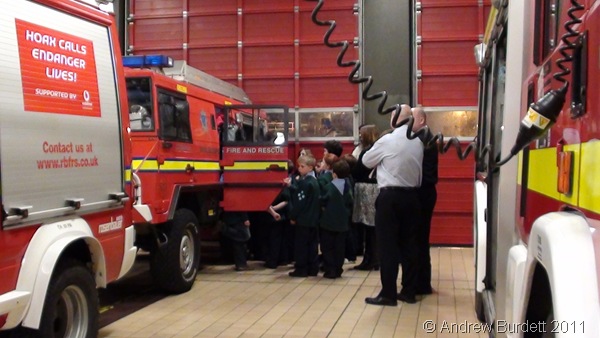 Below is a film from September 2009, when my church of St Luke’s and its young people visited the same station. There, we did get a go on the hose, and in the video, there’s a clip of my mother operating the powerful stream of water.

The 2009 film of St Luke’s trip to the Maidenhead fire station.
Advertisement