My followers on Twitter will know that I’ve just returned from a weekend camp at 79th Reading, training for my Jamboree expedition.

For the first time since the selection weekend, I met new fellow patrol-member Daniel Thomas (who fills a recently made-available place on the Berkshire Unit).

Having arrived on Friday (11 March) evening and enjoyed the sing-along version of Mamma Mia! together, we made our way to our sleeping bags and roll-mats (though we slept on the floor of the scout hut).

For my patrol, it was an early start to Saturday (12 March), as we were down for cooking duties for breakfast. We overestimated how many people would want beans for breakfast. Quite drastically.… 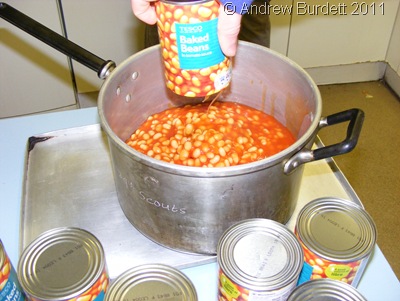 Our first activity of the day was to design a ‘name-tape’ to be hung, amid 35,000 others, from trees on the Jamboree site. While some went for amazingly artistic designs, I shamelessly plugged my website and blog. 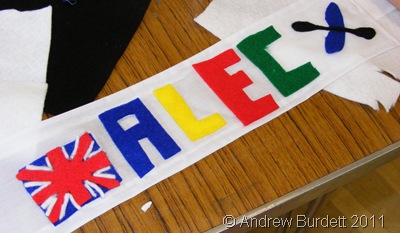 We then did a pioneering activity, this time attempting to make a throne wholly out of chunky poles and rope. This is with a view that we will run some kind of ‘royal’ attraction on ‘Culture Day’ at the Jamboree, perhaps with cut-outs of Will and Kate for our fellow Scouts to be photographed by. 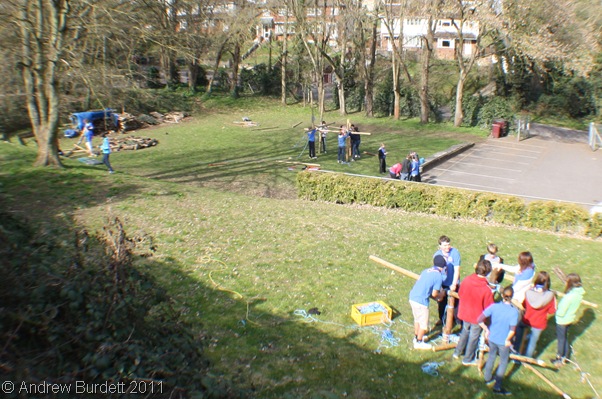 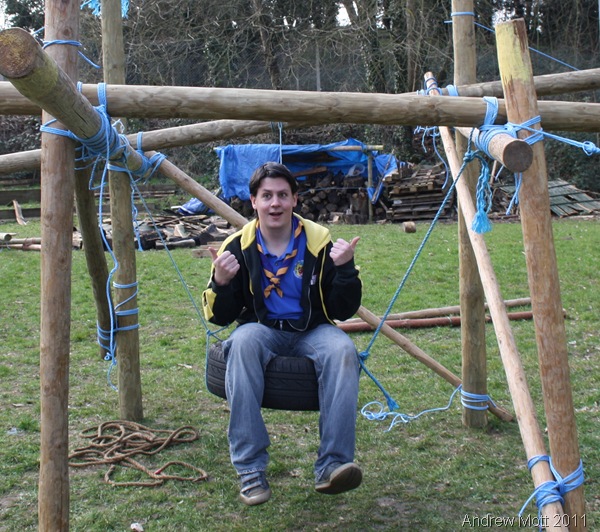 I had to leave the camp later in the afternoon, to attend a Taplow Youth Choir rehearsal ahead of Sunday’s concert, but I returned late that night in time to settle down for a well-earned sleep.

Sunday (13 March), and we spent a fair chunk of the day in patrols. We discussed our ideas for the presentations that – as patrols – we have to make on Wednesday’s parent’s’ information evening. With a quite strong idea drawn up, we put that aside and enjoyed playing games together (I was introduced to the bizarre ‘G’day Bruce’).

I had to leave the camp two hours before it officially ended, in order to get back to Maidenhead and sing in the concert that I rehearsed for the day before.

All in all, it was a highly successful and enjoyable camp; I enjoyed the pioneering activity, meeting Daniel for the first time, and recording the film to be shown on Wednesday. It was a rude awakener, though, to just how close this once-distant trip is.

To read my friend and fellow Berkshire Jamboreer Andrew Mott’s spin on the camp, you can click here to reach his blog. He’s new to blogging – give him a chance!

(I must also thank him for the use of his camera at points during the weekend, and also allowing me to transfer all of his photos to my computer for my own purposes.)