Whenever a major disaster happens, whether natural or otherwise, there’s always an age-old, underlying question: how can God allow such dreadful events?

The idea dates back to earliest history. For thousands of years, people have questioned Genesis’ story of the Great Flood which covered the surface of the Earth. After the waters subsided, God vowed to never repeat such a flood. Yet, huge tragedies still occur.

In 2001, a new breed of terrorism hit America and the world. The brainchild of Al-Qaeda’s Osama bin Laden, the attacks on New York were carried out in less than 2 hours. They killed 2,572 people (including 343 fire-fighters and 60 police officers), and injured 6,000+ more. Naturally, thoughts turned to God. Despite being carried out by Muslim extremists, six Islamic women were killed (of which one was 7 months pregnant) and many more Muslim men died, leaving thirty children orphaned.

“When disaster comes to a city, Has not the Lord caused it?”

There is much suffering in this world, and realistically there always will be. So why would God allow the events of 11 September 2001? Maybe we’re looking at it from the wrong way. Perhaps God isn’t all-powerful, all-knowing, and all-loving.

“Whenever I read ‘Almighty God’ out loud in prayers in church, I always think ‘this isn’t quite right’.” 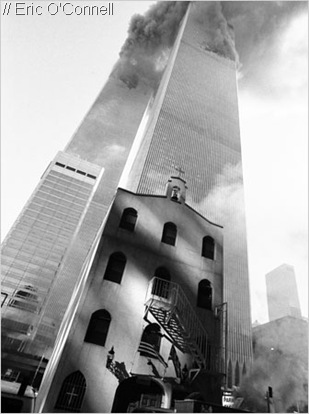 Personally, despite being a church-going Christian, I believe that God isn’t absolutely powerful. I doubt whether he is omniscient, but I like to think that he is all-loving.

One of the reasons that I doubt his power, is due to one of the buildings destroyed in the World Trade Center attacks.

Despite not being any part of the WTC complex, the St Nicholas Greek Orthodox Church stood across Liberty Street, and was completely destroyed when the South Tower fell.

If we remember that a church is supposedly ‘a house of God’, surely one would not flatten their own home?

We’ve seen the same this week in New Zealand. Christchurch’s once-magnificent cathedral has crumbled, despite worshippers being in the building at the time of the earthquake. 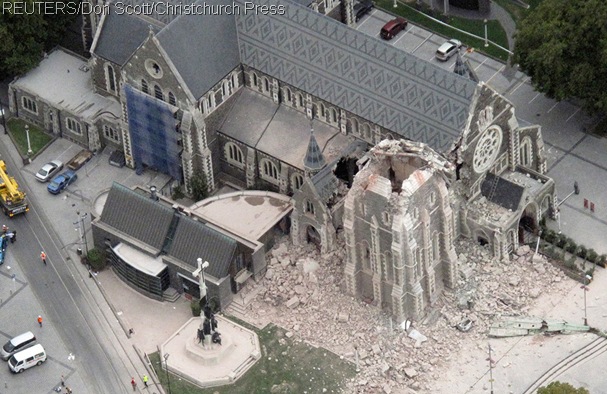 Whenever something terrible happens in the world and innocent people die (whether that be due to terrorist attacks, earthquakes, tsunamis, floods, or murders), I believe a bit of God dies too. I think his heart bleeds with every lamb that dies, but also – in the case of man-made disasters – with his lost sheep. They decide to do something he can’t prevent, yet what God can offer is his love to those affected by the selfish actions of few.

John Lennon’s song Imagine, released in 1971 in America, tells us to imagine and dream of a world where life is very different from this. It can be only that, a dream. But what a wonderful dream it is.

Imagine there’s no countries; it isn’t hard to do. Nothing to kill or die for; and no religion too. Imagine all the people living life in peace.

You may say that I’m a dreamer. but I’m not the only one. I hope someday you’ll join us, and the world will be as one.