Today, being the first day of the school February half term, I headed to London with my excellent friend Jake Smith as we roamed free in the capital, starting at the Design Museum (just a stroll from Tower Bridge). 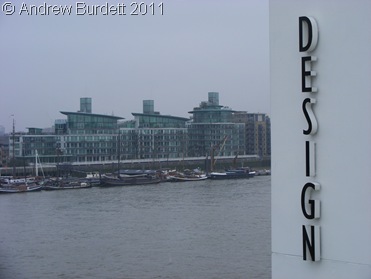 The reason for our visit was to see the exhibition that opened just a few days ago, the Brit Insurance Design Awards 2011, a display of the very best designs of 2010. I saw it being advertised in the i paper that I read on a daily basis, and also saw a feature about it on the BBC News website. With everything from iPads and futuristic chairs, to interactive artwork , the Dyson Air Multiplier and even Boris’ bikes, we entertained ourselves for a couple of hours just admiring (and in many cases, interacting with) the terrific products. 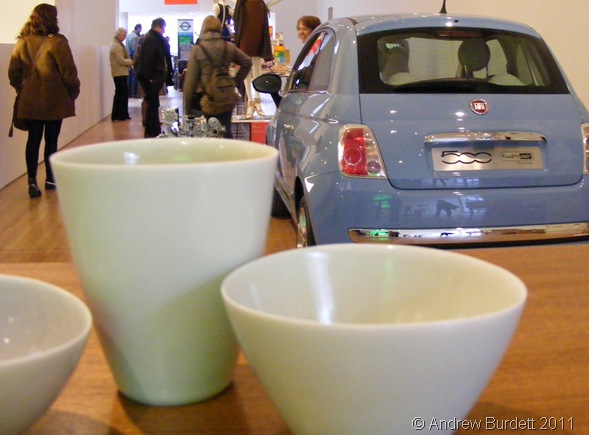 Jake interacting with electronic art at the Design Museum. (Filmed on my digital stills camera.)

After a good look around, we went on a hunt for some lunch (not an actual hunt, mind you, just a quick look for the nearest McDonalds). Unsurprisingly, we quickly found one quite quickly, and after a “delicious” lunch we made our way to The O2 in Greenwich for the British Music Experience. However, en-route I decided to get off one-stop early in order to stand amid the towering skyscrapers at Canary  Wharf.

One thing led to another, and we had hopped aboard the Docklands Light Railway (DLR) and were only going to get off when the train stopped. The track ran out at Bank, a station opened in 1900, and built especially to give commuters easy access to the financial heart of the city.

It was then that I remembered my brother recommending me the Bank of England Museum, something he’d visited a couple of years ago. There, Jake and I held £30,000 worth of pure gold bar, which is something few of Earth’s 6.9 billion other inhabitants were doing at the same time. Flipping heavy it was too…

Realising time was passing us by, we got back to the station and headed to the exhibition. From the very centuries-old buildings of Threadneedle Street to the very new Millennium Dome (opened in 2000 and reborn in 2007 as The O2), we were certainly proving to soak up our share of London architecture. And as for the cultural scene, the BME was to educate us both in recording and playback technology, instruments, bands, broadcasting techniques, and memorabilia. Interesting as it all was, Jake and I loved the ‘Dance The Decades’ music-video maker. Check out our attempts on this embedded player. There’s two of them, both quite poor, though the second is funnier.

(If you can’t see the video in the player above, it’s because the clip is no longer stored on the ‘Dance The Decades’ server – sadly, there is nothing I can do to rectify the issue.)

As is now tradition, we ended our day out by strolling down Regent Street and visiting the Apple Store, before making our way back to Paddington and then home.