Well that brings an end to Alice – Furze Platt’s 2011 upper school musical. For months, the cast have been rehearsing hard and tonight their toils paid off, culminating in an almost-excellent performance. 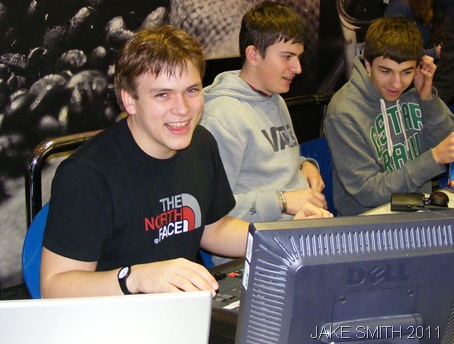 Of course, no show is ever perfect, but those mistakes that were made tonight were concealed well. Except one. Alice’s microphone wasn’t turned on at the start of the show, so Lorna was left to use her well-trained lungs for the first couple of songs, until a stagehand beckoned her and flicked the switch. Whilst that wasn’t my fault, I hasten to add that I was no Perfect Peter and advanced the lighting too soon.

But, despite the few inevitable arguments and bickering, it’s been just the most tremendous fun. I’ve loved the fact that – without months of giving up lunchtimes and hours after-school – I’ve experienced yet another aspect of theatre. Back in September, I worked on stage management for Stage One Youth’s production of Les Misérables where I learnt just how hard (for so little reward) people secretly worked for the much-praised ‘stars’ of the show. That was a real eye-opening experience, as for the first time I was not on-stage but with my back pressed against a cramped wing wall, waiting to run on and clear a set of gates ahead of the next scene. Consequently, it made me appreciate those who I have naively batted a blind eye to during performances I’ve been in.

Back to Alice, and it does not seem just a week and a half ago since we turned up for the Sunday rig. Tonight, we were removing the very dimmers that we’d put in just twelve days ago, coiling cables laid less than a fortnight ago, and ripping up gaffer tape from the stage that we tore off the roll last Sunday. 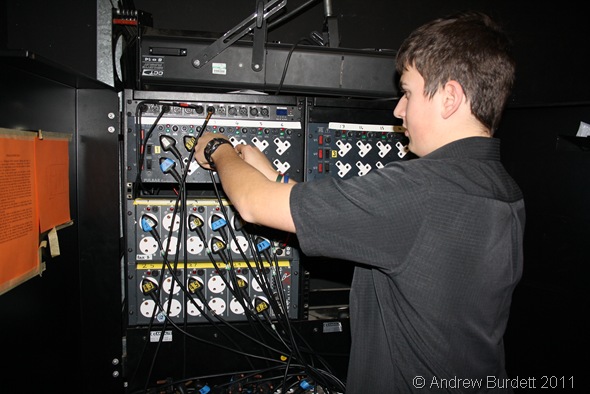 It was great to get help from a few of my friends who’d come to see the show this evening, and they helped return the costumes to the drama studios “for next time”. 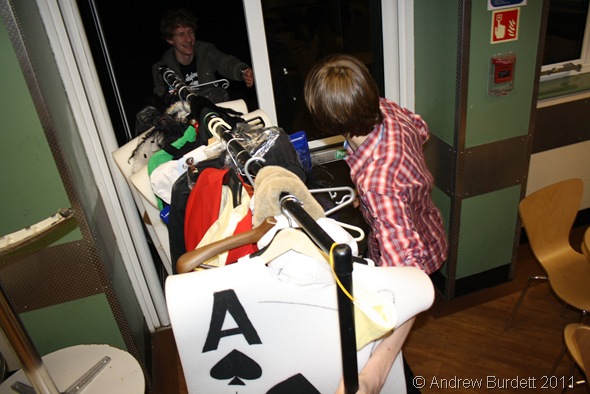 We were extremely grateful to the Lane End Players, who once again lent us a car-load of equipment and cable. After helping loading up the aforementioned car, we called it a day and headed off home.

I’ve thoroughly enjoyed myself, and am now left with the rather difficult decision: namely choosing how I should be involved next time. But rehearsals for that are months away, and so – for now – I’m off to bed for (forgive me) a well-deserved rest!

“I once painted the sky. That’s why it’s so horrible and grey at the moment.”