I’m off to bed in a moment, but before I go I’d just like to offer further comment to my blog dated 16 January, regarding the then recently released The King’s Speech film. It always deserved to do very well at tonight’s glitzy BAFTA award ceremony, but with stiff competition from Black Swan and The Social Network (which I also loved) among other titles, it was always going to be interesting to see who would leave with what. 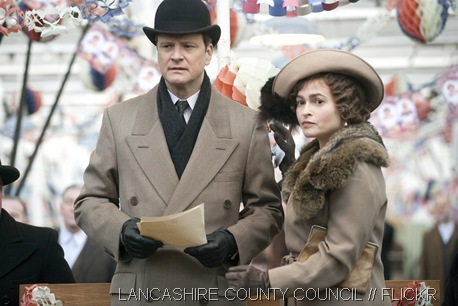 As it happens, The King’s Speech – which tells the story of King George VI and his struggle to overcome his stammer – did very well indeed. Not only did it win ‘Best Film’, but Colin Firth was named ‘Best Actor’, Helena Bonham Carter won ‘Best Supporting Actress’, and Geoffrey Rush left with the ‘Best Supporting Actor’ BAFTA. And, as if that wasn’t enough, the film won ‘Outstanding British Film’, ‘Best Score’, and ‘Best Original Screenplay’. I’m really pleased for it: it’s a fantastic piece of cinema, well-worth the million-quid cinema tickets that is the custom at Maidenhead ODEON.

David Seidler, the writer of The King’s Speech, has already been praised by the film’s lovers, including Her Majesty Queen Elizabeth II, who gave the film her approval after seeing it at a private screening.

“It’s amazing this little film seems to have spoken to the world and I’m deeply moved by that.”

The full list of the 2011 BAFTA nominees and winners can be found here.