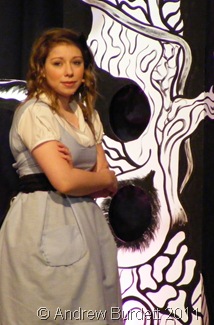 Like last Sunday, I spent all day at school – though this time, it was not such a lonely affair. For today was the dress rehearsal of this year’s upper school musical of Alice by James Leisy; our only opportunity to run the entire show (with costumes, lights, and mics) as it will be for the audiences in this coming week.

(Sorry about the out-of-focus photo of my good friend Lorna Young – who was also in HONK! last year – starring as the title role. Despite appearances, it wasn’t taken on the back of somebody’s iPhone.) 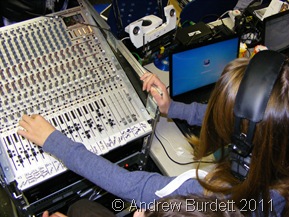 The dress run went – on the whole – very well, though there were a couple of forgotten lines. It showed up places where movements needed rethinking; exposed scenes where lighting cues needed reprogramming; and highlighted the couple of parts in the score where the band needed to remember accidentals (though other than that, they were flawless).

I was blown away by the amount of tech that we at the back had between us: among other kit, we had my old Apple PowerBook G4, two MacBooks, a Hackintosh, three iPhones, a couple of other laptops, and a high-end DSLR. I was also somewhat alarmed by the sheer amount of confectionery that we consumed during the seven-hour rehearsal (especially considering we ordered a hefty amount of pizza in the lunch break)…

Right, that’s it. Tomorrow afternoon, the curtains go up for the junior school’s special matinée performance, and then on Tuesday it’s showtime, as the first of three public performances takes place. 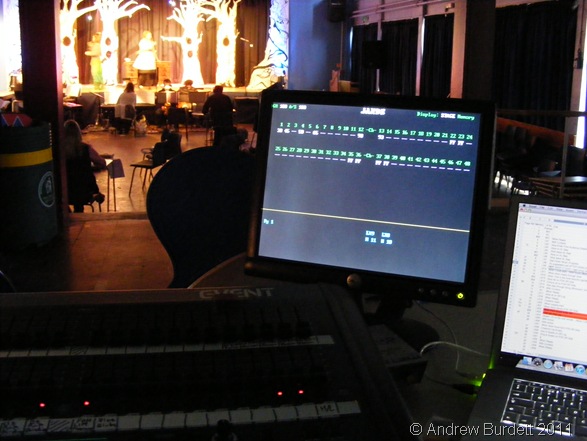 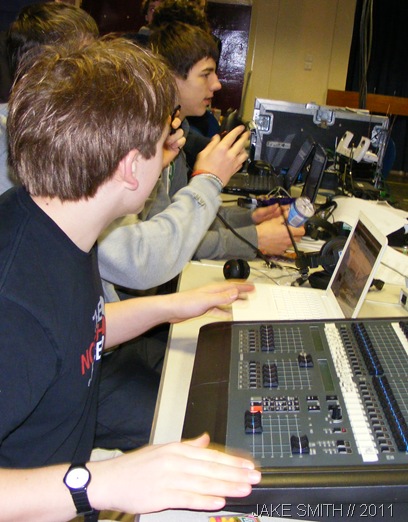