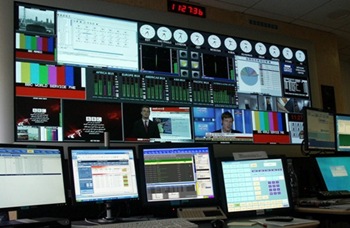 Until last week, I couldn’t really see the purpose of the BBC World Service. Paid for by the Foreign and Commonwealth Office – i.e. you, the British taxpayer – it seemed like a way of pumping huge amounts of money into a system where we back home in Britain will never get any return. Following funding cuts from the government, the licence fee payer is going to have to fund it entirely by 2014. But with the licence fee frozen at £145.50, the BBC are therefore needing to make staffing cuts, threatening the jobs of a quarter of its workforce.

Originally I dismissed this as just another sign of the post-recession money-savers, but after hearing several interviews, I’ve completely changed my mind.

Perhaps the best of all of these was on the BBC’s flagship breakfast news programme, where John Waite, a former BBC WS journalist, spoke about the “power of broadcasting”. When his cousin and fellow journalist Terry Waite was kidnapped and held hostage in Beirut for five years in the late 1980s, news eventually surfaced that he had access to a radio. John therefore decided to present a half-hour programme which he knew Terry would be listening to. That programme (a special edition of Outlook) was the last thing Terry heard from that cell – minutes after it ended the door opened and, throwing him some clothes, a voice bellowed “You’re going to be released”. 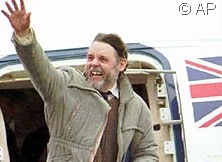 “In the last six months my captors relented and I was given a small radio. I listened to the BBC World Service constantly and I was enormously grateful, particularly for the fact that at the time they were broadcasting virtually 24 hours-a-day to the Middle East. I heard my cousin John broadcasting on Outlook and that meant a great deal to me because John, in a subtle way, got me news from my family.

He also broadcast on my birthday and played a piece of Bach’s organ music for me as a gift from the family. It was a great source of hope and comfort to me, that something was getting through to me from my family. Because although I had to put my family and friends out of my mind – to dwell on them would have made me unnecessarily depressed – I was always concerned about them. And particularly about my children – the eldest of whom were in university, and I thought perhaps my actions had wrecked their family life. That wasn’t true because I underestimated the enormous resilience of children and the enormous strength of my wife to deal with this very complex situation.”

What the BBC World Service provides is non-profit, commercial-free, and, crucially, politically independent broadcasting to 188 million people every week. I understand the cuts (and I don’t deny that perhaps the World Service is too big), but it does need to be kept. I don’t care who pays for it – in reality, most taxpayers pay the licence fee anyway – but it needs to continue to be supported to provide the vital service where there is no similar alternative in lands across the world.