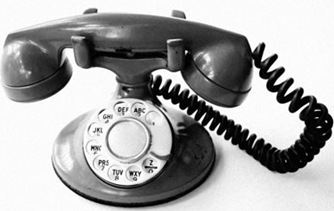 It was Monday afternoon last week and I’d just got in from school. The phone rang. As Mum was out, I answered it. “Hello? Is Andrew in? Andrew?” said the woman on the other end. It was Sonya, one of the licensed lay ministers at St Luke’s. “Urm, speaking,” I replied. “Great. Look, we need you to sing at the Church Social next Saturday.” I was unsure. I knew the theme was to be based on Rodgers’ and Hammerstein’s music, but I barely knew anything except Getting To Know You. “Look, you’ll do it, won’t you?” Before I had time to protest, Sonya had hung up having written my name down on the list of ‘definites’.

Three days until the big day, I was dropped off at the organisers’ house for a rehearsal with the other ‘St Luke’s Singers’. Although I’d listened to an old CD of the songs a couple of times, it was not until the Wednesday that they really stuck in. Something that struck me was just how easy-to-learn the little tunes were. I was in love with the music, and the cheeky words were very memorable.

The big night quickly came, and after another short run-through, the audience began to arrive. Now Sonya was beginning to feel a little nervous about her big solo, but she was reassured by cries of “It’ll be alright on the night”. But there was no going back for any of us. It wasn’t long before I was introduced for my solo performance of Some Enchanted Evening, and then my duo with Roger Bevitt singing There Is Nothing Like A Dame – hence the T-shirt (which was my idea)! A splendid dinner broke the two acts: the first was music from South Pacific, the other took its songs from The King And I. 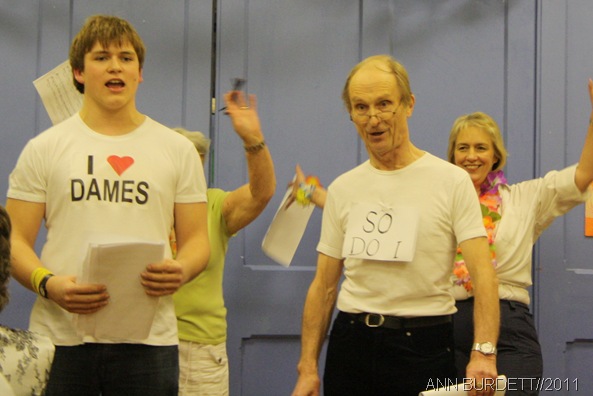 At the end, audiences were invited to get up and dance, as Rhydian (the accompanist) played Shall We Dance. It was a great end to a great evening, and once again proved that the community-minded, fun-loving spirit of our church’s people is still very much present. 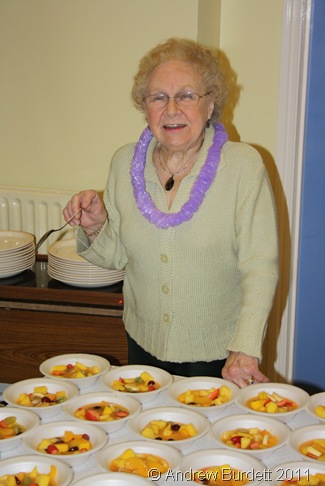 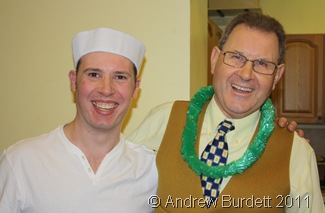 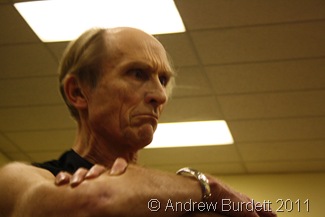 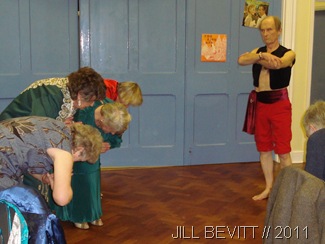 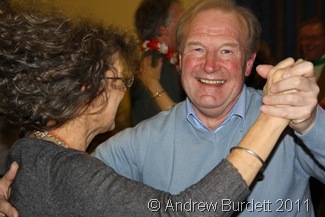 Last year’s theme was ‘A Night In Rio’. Have a read of the blog written at the time here – though be warned that my writing style has since improved.