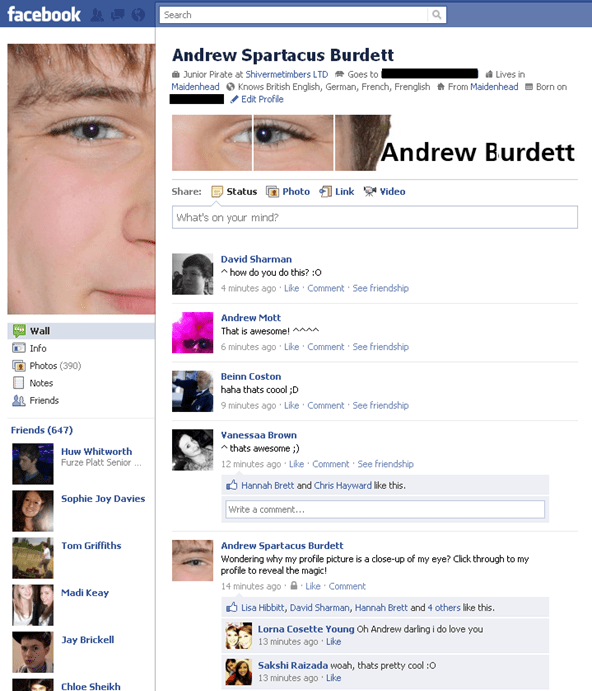 Until today, I’d been able to resist Facebook’s mass change to its lovely newly-redesigned profiles. I say “lovely”: I hate them. It’s not that they’re different that annoys me – after all, I am (generally speaking) very accepting of change – but rather the fact that they were unnecessary and not as simply laid out. Anyway, today, the last few of us who’d held back were forced to upgrade.

And so, feeling a little scheming, I tried an experiment. Inspired by a French artist and an article I’d read on the Telegraph’s site a few weeks ago, I decided to have a go at ‘hacking’ my profile.

At first, I used the Telegraph’s page and tried following the instructions that were there. However, because they had been designed for use with any photo editing software in mind, they weren’t exactly very clear – and I later realised that they wouldn’t have worked anyway due to uncontrollable variables.

Still intent on impressing my friends, I did a quick Google for ‘facebook profile picture hack’. There, I found a YouTube tutorial by xadacka which was far easier to follow. Despite my limited knowledge of Photoshop, I was still able to follow the step-by-step instructions. If anything, the 20 minutes spent doing this was actually pretty beneficial: I’ve learned lots about using the ‘splice’ tool in Photoshop.

By the end of the afternoon, I’d turned a rather hideous ‘mug-shot’ of me into something that really did amaze my mates. 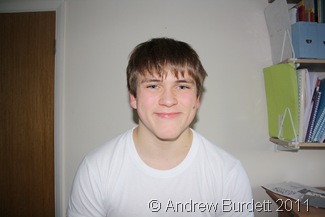 This is the photo I started with, taken specifically for this project this afternoon. 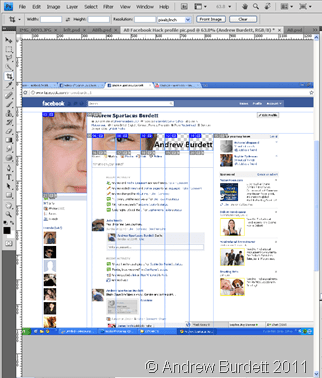 I print-screened my Facebook page, and using Photoshop’s ‘splice’ tool I marked out each section of the page: the profile picture, and every segment of the photo strip. I then added the picture of me as a new layer behind the screenshot layer.

Finally, I went File → Save for Web & Devices…, and uploaded each bit of the overall graphic. These were tagged in reverse order and the large bit made my profile picture, and then I sent out the following status:

“Wondering why my profile picture is a close-up of my eye? Click through to my profile to reveal the magic!”

It’s gone down really well with all of my friends on the Facebook, and while I think that it would boring to see everyone with a ‘hacked’ profile like this, I’m pleased that my friends have enjoyed seeing it.