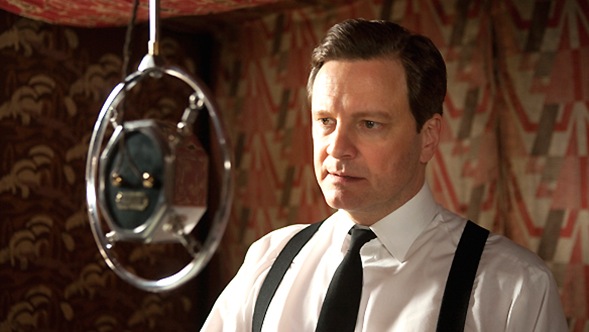 Despite being just days into 2011, The King’s Speech is rapidly becoming the middle-class film event of the year, attracting tens of thousands to cinemas across the country (which, for many, is the first time they’ve been to a ‘picture-house’ for years). I know that my blog is not on the Alexa list of the top 500 websites in the world, but of late it has been getting its own steady stream of hits from family and friends (both real and virtual). I therefore decided to jot down a couple of my thoughts on the film, to help you make your mind up on whether to go or not.

Firstly, I was very impressed. From the choice of locations and the plot, to the casting and the filming techniques, I enjoyed it very much. Colin Firth brilliantly portrays the title role, Albert George Windsor, and his stammer is very believable. Firth, now 50, rightly appears noticeably older in this production than in much of his earlier work, very much to the surprise of those who remember him playing Mr Darcy in the 1995 television adaptation of Pride and Prejudice. George’s wife, Elizabeth Bowes-Lyon, is played by Helena Bonham Carter. Again, her character is thoroughly believable, and the love that she had for her husband and King is well depicted.

The film opens with a BBC radio announcer preparing himself to speak on the wireless, two hands’ distance away from the microphone. He then introduces Prince Albert, live from Wembley and the closing of the British Empire Exhibition on 31 October 1925. In a very awkward scene, the prince’s stammer gets the better of him and – due to the echoey stadium and the vast number of people watching him – he cannot form the words and he is left… speechless

From this point onwards, his ever-caring wife seeks help for him from everyone, but all in vain. Just as she is about to give up hope, we see her alone, disguised as a commoner, in the home of the Australian speech therapist Lionel Logue. Logue appears and asks how he can help. She explains that her husband suffers from a stammer, and wonders if he could come to their home to assist. Not realising who she really is, he refuses. She then reveals her true identity, and he agrees to help – but continues to insist that they must travel to him.

In his first session, Lionel tries to convince the prince that they must be “at equals” if the treatment is to work. Prince Albert does not like this idea at all, insisting that he should be called ‘Your Majesty’, but eventually puts up with his pet name of Bertie. Albert finally allows Lionel to record his voice as he reads Hamlet’s ‘To be or not to be’ soliloquy while listening to Mozart’s Marriage of Figaro. Certain that nothing seems to be working, Prince Albert storms out with the vinyl of his voice. At a later scene, Prince Albert plays the record back and – hearing that he managed to avoid stuttering – decides that there may be hope after all.

The film also shows the difficulty that faced the Royal Family when Edward abdicated the throne to have a relationship with the twice-divorced Wallace Simpson, leaving his brother Albert to become King George VI. Following the coronation and its “four short, simple responses” on the King’s part, the focus is on the impending war.

In the final scene, the King has to deliver ‘the speech of his life’ to the Commonwealth. He starts shakily, but you’ll have to see the film to see how the rest of it goes.

There are some noticeable historical inaccuracies, as there are with any historical drama. But if you do really enjoy drama, then I can thoroughly recommend it.