It’s fair to say that we Burdetts are an Archers family. My parents have been fans since the day they both independently discovered the BBC Radio 4 soap, and when on our summer holidays, none of us object to listening to a bit of Barwick Green.

Back in May last year, the BBC published a press pack which said that the 60th Anniversary edition of the programme (which is due to be broadcast tomorrow) features a “thrilling storyline” that will “shake Ambridge to the core”. The report went largely unnoticed until the middle of last month, when British newspapers reported this quote. Across the internet, middle-class listeners have been speculating what exactly such events will be, but the BBC managed to keep the scripts safe from leaking.

Until today, that is, when The Daily Telegraph had a feature headlined ‘Apocalypse Ambridge’, which claimed that the broadsheet had secured exclusive access to a draft copy of the script. At first, my dad insisted I didn’t read him any of it – desperate to hear it from the programme itself, wanting not to spoil the surprise.

However, if one took the time to read through the script (if you haven’t done so already, you can do so on their website), it simply didn’t make sense. The text started at Scene 1 and concluded with ‘(STIRRING THEME TUNE PLAYS US OUT)’, but there was simply not enough material to fill the specially extended, 30 minute “double bill” episode. And what material there was was so unbelievable and sudden, it just didn’t add up.

It made one question the integrity of the source of said script, or simply if it was a Telegraph joke. I, personally, have now dismissed the paper’s apparent leaking, so one question still remains: what exactly is going to happen to Ambridge tomorrow night? I guess we’ll all have to tune our wirelesses in at 7:00pm tomorrow night! 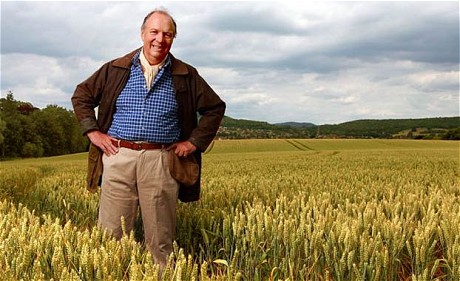