Hello! That’s it. The big day’s over. Of course, officially Christmas is only just beginning: the twelve days of Christmas run from 26 December to 5 January (Twelfth Day). In the Russian Orthodox Church, they don’t celebrate Christmas until 7 January on the Gregorian Calendar, which corresponds to 25 December on the Julian Calendar.

Anyway, back home in Britain, the dinner table has been cleared, our presents have been unwrapped, and the thank-you-letters are being written.

Here’s a round-up of today’s photos: 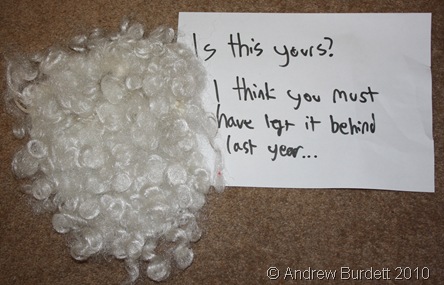 A cheeky message I left for Father Christmas last night… 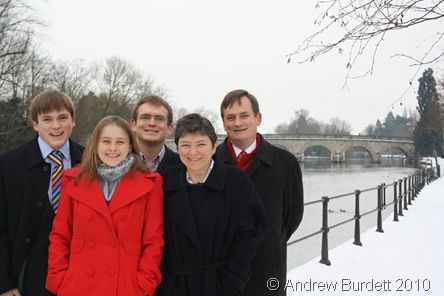 Our annual Christmas Day morning stroll by Maidenhead Riverside. The ice prevented us from going as far as we have done in previous years. 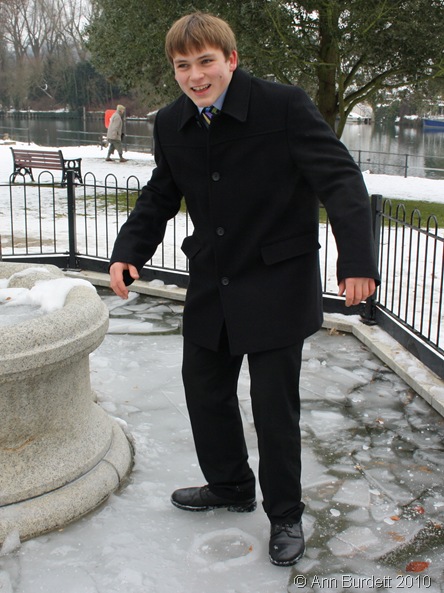 The frozen waters around the newly installed water-feature next to the Thames were so solid that they supported my enormous mass. 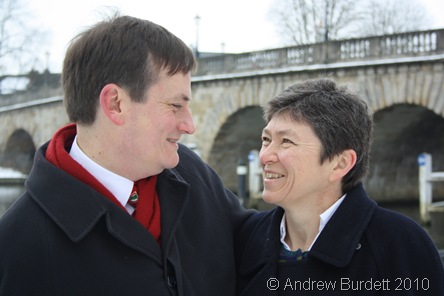 Mum and Dad in front of Maidenhead Bridge this morning. I’m pleased with how this one came out: I took several, with them in different poses, but this one looked the most natural. 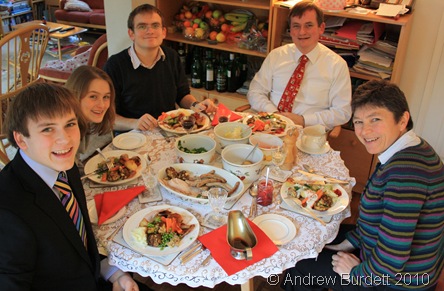 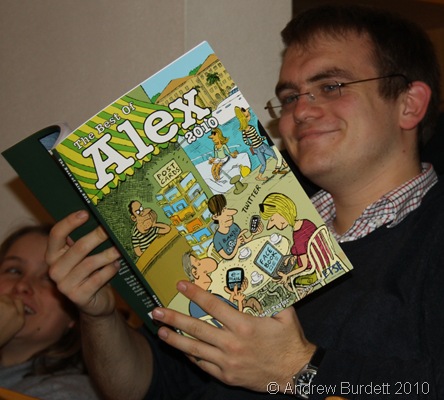 Harriet bought Matthew a collection of The Telegraph cartoonist Alex’s best works from 2010.