Tonight, Dad encountered massive problems with the computer that controls the Christmas lights – a 20-year-old, clapped-out old laptop. It wouldn’t boot and the screen had failed. This wasn’t the first time it had gone wrong; a couple of years ago, the system crashed hours before we did the first performance of our ‘Open House’ weekend – meaning Dad had to re-programme the whole show.

He’s underwritten the old laptop (running MS-DOS) now, and intends to use a laptop running Windows 95 (though it’ll be booted in MS-DOS to make the software work). If you’re interested, the laptop now being used for the Christmas Lights was formerly used to run the lights for my puppet theatre a couple of years ago – which is why you can see the RBTheatre logo on its desktop background. 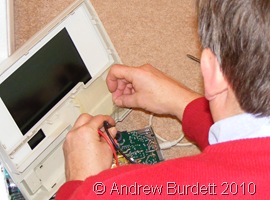 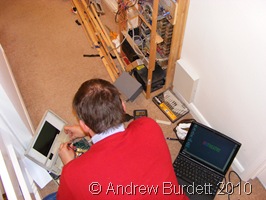