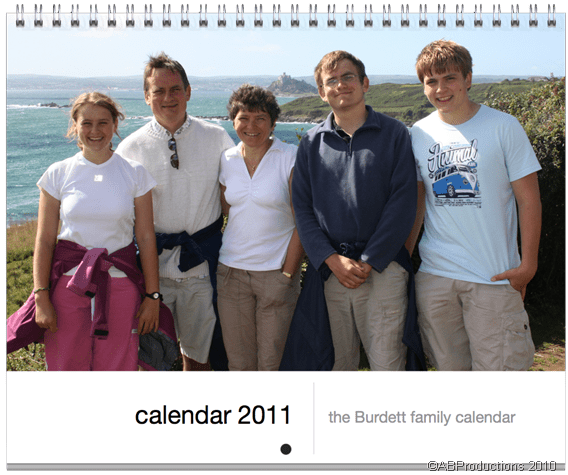 With my exams out of the way, Christmas is now really starting to take off. This is the first peek at the 2011 Burdett Family Calendar, which I’ve produced every year for over 5 years. Given as Christmas presents to members of the family, this is the second redesign (the first major) since its incarnation.

Every year, two versions are made: one A4 one, and a double-A4 (A3) one which is an organiser – allowing each activity for each member of the family to be entered. It’s less important now, with Matthew working in Edinburgh, but still far more practical for a family.

Each month features a picture taken 12 months earlier. For example, in February, there’s a picture of me in the school musical ‘Honk’.