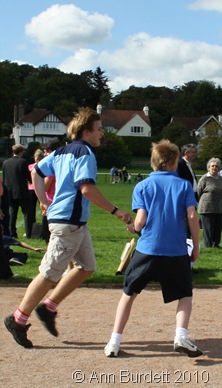 Today, I joined in with the Lions Club of Maidenhead’s annual ‘fundrun’. It takes place at the Braywick athletic track, and involves running as many laps as possible. The money that each runner raises is split between their chosen charities and the Lions’ chosen charities. This year, these were Windsor and Maidenhead Crossroads and The Princess Royal Trust; both support carers of people with dementia.

When we arrived, Mum and I were greeted by Charlie (the girl in our group who had organised this fundraising opportunity), and we were awaiting the arrival of Josh. However, he quickly turned up, and our drastically small team signed in.

Because there were only three of us, we had to complete an entire lap each. This we did, and although we got a longer rest between each go, it was quite tiring.

Eventually, another member of the Maidenhead Jamboree contingent came and joined us – Daniel Mills. Now that there were an even number of us, we could split ourselves so that we only ran half a lap.

Each full lap was 400m, and over the course of the hour we clocked up 66 half-laps between us. On my own, I ran a total of 4K (4000m), so I was pleased to know that my sponsorship would be well used.

There was just time for a group photo, before I set off for Les Miserables. 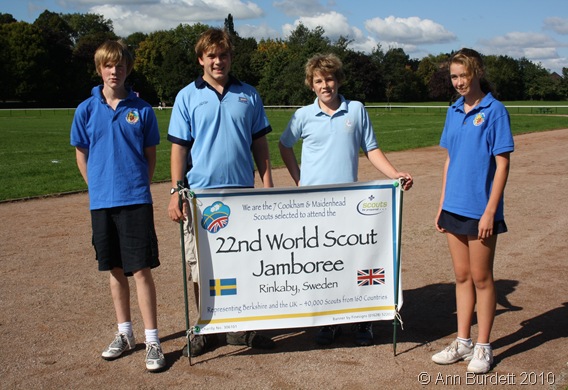